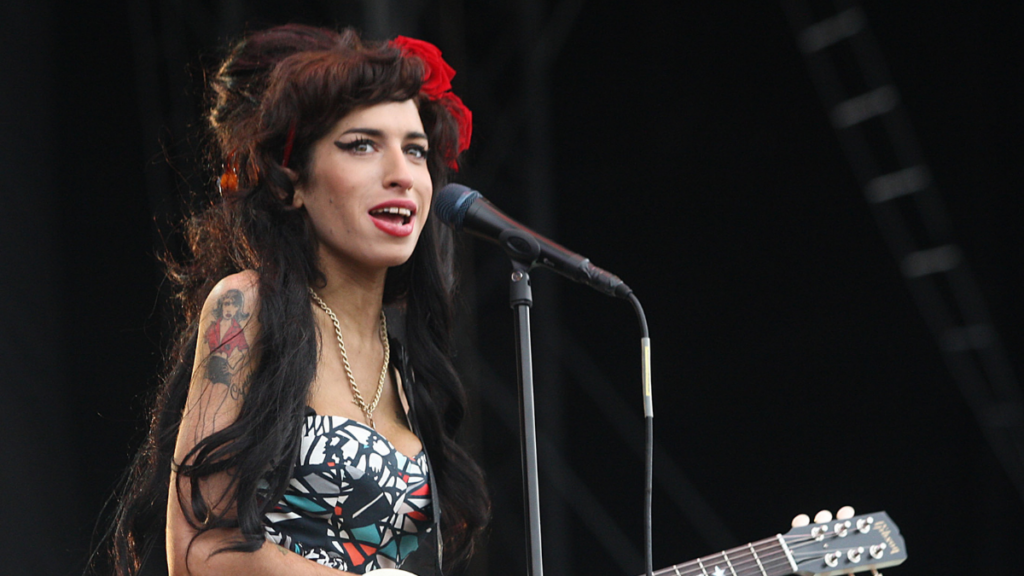 The world is still reeling from Amy Winehouse’s death.

July 23 this year marks the tenth anniversary of the British singer’s tragic passing. The past ten years have given Amy’s closest friends and family ample time and space to reflect on the artist’s legacy as well as her harrowing struggles with fame, body image, and addiction.

It’s critical to keep in mind that there is a seismic difference between how we, the public, processed her death vs. how her loved ones dealt with the development. Our perception was wholly influenced by the narrative laid out in the media. Amy had been portrayed as a brilliant but flawed musician who couldn’t help but spiral into self-destruction and disaster, that her death was a foregone conclusion from the beginning. On the contrary, Amy’s close circle recognized her for who she was: a complicated but honest individual with her own set of hopes, dreams, fears, and insecurities.

This tendency on the press’s part to both romanticize and vilify her tumultuous life helps no one at all. Thankfully, Amy Winehouse’s best friend is setting the record straight and shedding light on the person who lived and flourished behind the madness and the scrutiny.

Tyler James, Amy’s best friend of fourteen years, is the one offering his account of Amy’s extraordinary life and career. The two met in their preteens at theatre school and immediately struck up a connection based on their love for music and performing. They went on to build a messy but enduring friendship that persisted up to Amy’s death in 2011. It was in their shared home in Camden, London, where the Back to Black singer was pronounced dead.

As Amy’s closest confidante and roommate, Tyler had a firsthand view of the strife that wrecked her life. He revealed to The Times that he’d spent a decent portion of his twenties striving to get Amy to clean up her act and overcome her impulses. Sometimes the two fought like cats and dogs, so much so that he would leave for a few days only for Amy to call him and beg him to return.

Whenever she relapsed I’d leave, because I was worried she would think I was supporting that. So I’d leave and within two or three days she would say ‘Tyler come home’, and I would come back.

Tyler James to This Morning

Tyler stated that Amy’s troubles surfaced at the end of 2004 after completing the touring and promotion of her first studio album Frank. She’s been “really bored,” as per Tyler’s account, and started to “lose the plot” slowly but steadily. “If you were 22 and someone said ‘Here’s a couple of hundred grand, you’ve got the year off work, just think about a new album’, what would anyone do?” said Tyler, detailing how Amy’s dangerous journey with alcohol commenced.

Though the years were taxing and indescribably agonizing, Tyler wants the late musician’s fans to know that she’d genuinely been trying to rid herself of her horrifying inclinations. Tyler said Amy had managed to conquer her battle with crack cocaine and heroin three years prior to her death, but it was her persisting dance with alcohol that she couldn’t triumph over.

Tyler James on The Times

Tyler rejects the notion that Amy’s death was inevitable or that she was helpless against her proclivities and would have landed up in the same place sooner or later. She’d genuinely made an effort to battle her demons and straighten out her life. He believes that she’d been close to defeating her alcoholism and was close to “being healthy.”  Yet, what’s so unfortunate about addiction is that even one slip-up could befall you, and it’s precisely what had occurred with Amy.

The 39-year-old also discussed the painful circumstances leading up to Amy’s poisoning in 2011. He and Amy had had yet another fight over her binge drinking, and he wanted to take off for a few days to force her to curb her bad behavior. She even left him a voicemail saying, “You all right, darlin’? T, please come home.”

Unfortunately, by the time he’d come back to their home, Amy had left the world. It shattered his life, and he spent the next couple of years realizing Amy shouldn’t solely be defined by her substance abuse. Amy’s predicament was compounded by a lifelong struggle with bulimia in addition to the treatment meted out to her by the press.

With that level of fame, that level of intrusion, that lack of privacy. I don’t think people really realize the effect that has on a person. She craved normality. The biggest thing that f—-ed Amy up was being famous.

Tyler James on The Times

Tyler compared her plight to that of Princess Diana and Britney Spears, where their entire lives became a media circus. Their personal dilemmas were mined to sell papers and reshape public opinion. Forget about showing the slightest bit of sensitivity to the celebrities through these colossal personal ordeals. All the media vultures wanted to do was catch these celebrities in the most scandalous situations and parlay them into profit opportunities for themselves.

Tyler added that addiction itself is a mental health issue, so when you have the press hound you on a daily basis, it only heightens your anxieties and makes you more prone to seeking out substances to ease the pain. The overwhelming nature of fame certainly did that for Amy, and it, among other things, triggered her downfall and eventual departure. If Amy were able to escape the media obsession, perhaps she’d have been able to cope with her activities, but dwelling on hypotheticals is neither here nor there.

Yet Amy’s best friend doesn’t want to point fingers at any one party. He makes it clear that he doesn’t blame the “music industry,” or Amy’s management team, or her dad, Mitch; he knows that addiction is the only force to blame.

Amy was my soulmate. We were two halves of the same person. I never envisaged life without her. She was my best friend.

Tyles James to The Times

You are more than your worst habits

The only thing Tyler wants people to take away from his memoir My Amy: The Life We Shared is to understand that we shouldn’t be forced into any one box for our worst inclinations. Everyone has their temptations, and it’s going to be a lifelong conflict for many to weather this storm. But your life is far beyond these frailties; it’s full of love and laughter and excitement and passion.

We have to take note of what makes life worth living. It could be something as simple as a bite of your comfort food or a half-hour of your favorite television show, or something as significant as our loved ones or our professional aspirations. As long as we keep those elements in mind, we can rise above our worst habits and replace them with better ones.