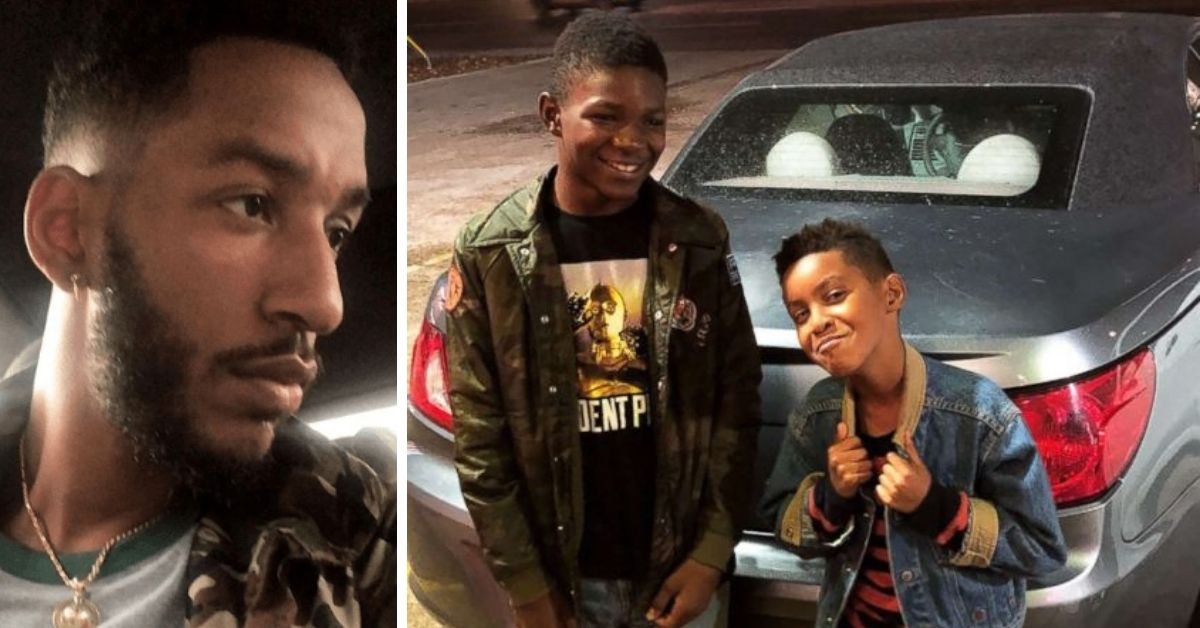 A parent’s most important job is to care for his or her children and make sure no harm comes to them. So when Aubrey Fontenot found out his son Jordan was being bullied at school, he got very upset. But rather than letting anger lead his response, what he did is something everyone can learn from.

The bullying had been going on for a while

Aubrey learned that the bullying between Jordan and another boy at school had been going on for a while.

Rather than scream and fight, or encourage Jordan to, Aubrey decided to lead with friendship.

I urged him to talk about it, befriend the guy.

Jordan had already gotten into trouble earlier in the year for defending himself, and his dad did not want to see that happen again.

“I had already been to the school and let them know there was a bullying situation,” Fontenot told “Good Morning America.” But then it happened again.

When he talked to the principal, he had a feeling something was wrong

The situation escalated to a higher level of concern when Jordan’s phone went missing. Aubrey decided he had to intervene in some way. First, he consulted with the school’s principal and then reached out to a cop.

When Aubrey left the meetings, he had a feeling that his son’s bully needed help. Although the principal and cop didn’t outright say it, they seemed to hint at it.

They insinuated he was homeless. I was like ‘Oh ok I didn’t realize that, wow that makes a lot of sense.

When Aubrey spoke to the boy’s mother she confirmed that was indeed what was going on.

He decided to spend a day with him

First, Aubrey asked the boy to give Jordan his phone back, and said he’d make it “all go away.” However, by then, the phone had already been taken by someone else. So, Jordan’s bully was suspended.

What did he do on that one-day suspension? Well, Aubrey spent the whole day with his son’s bully. And then, he found out that he was getting bullied too. “I was like, ‘By who? You’re big. You’re huge. Who’s picking on you?’” Aubrey told KHOU.com. “He’s like, ‘Just all the other kids, man. They’re making fun of me.’”

I took him shopping and bought him some clothes. I talked to him about morals and principals and having self respect. He’s not much of a talker, but I got him to open up.

Next, peace with his son

Aubrey’s next step was to make peace between the boy and Jordan. So he organized for them to talk.

They each got to talk and then I said, ‘From here, this is nothing. Shake hands and from now on you are brothers and you protect each other.’

The
dad wanted his son to know “every war isn’t won with your hands. It’s easy to
react to first emotions but sometimes you have to outsmart a situation.”

Now, according to Aubrey, these two boys are, “brothers.”

On top of everything, Aubrey also set up a GoFundMe campaign to raise money for the boy’s family. On the page, Aubrey wrote, “We have no clue what these children are going through these days because a lot of us just don’t care … I spent a lot of my day yesterday shopping and teaching this young man about self-respect. Integrity. Morals. Confidence. And other things that consist of going from a troubled youth to a great man.”

It’s easy to let anger or other emotions take the lead of our actions. What Aubrey’s story teaches us is that we never know the full story behind people’s actions. Taking the time to understand why the boy was bullying his son actually led to a more productive solution. His son gained a friend and the boy learned his lesson from a more compassionate approach.