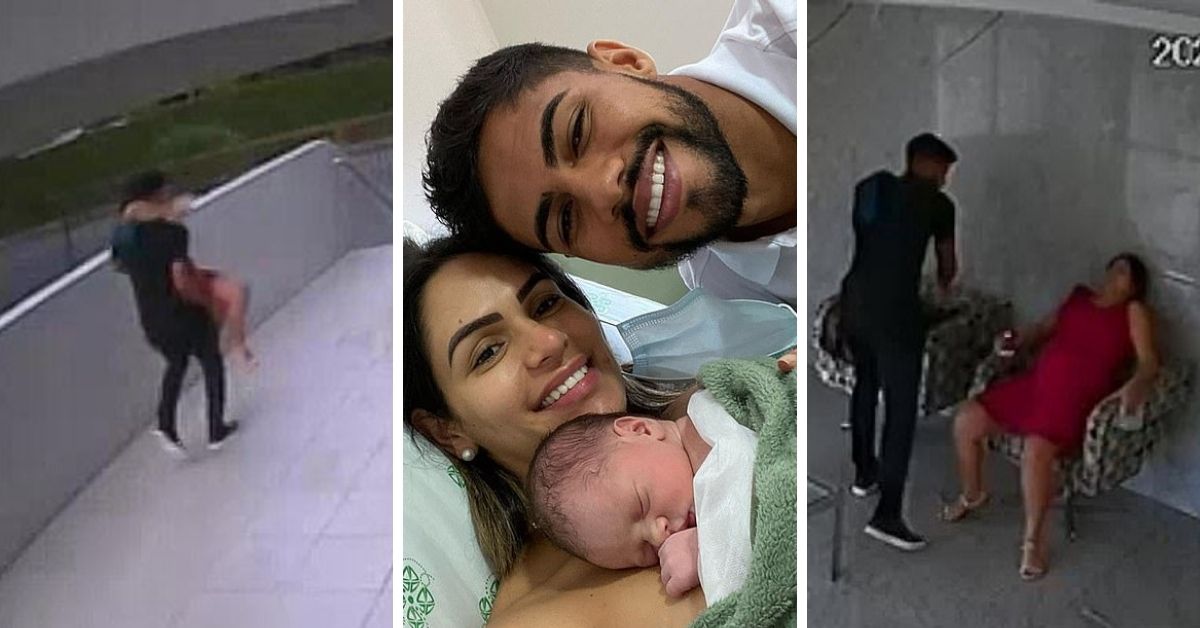 The role of a father is a pivotal one for a young girl. For Bryan Borges Mascarenhas’ daughter, her father became the very first hero in her life, from before she even took her first breath!

Borges plays as  a midfielder for second division Nautico Capibaribe FC, a Brazillian soccer team. On top of being talented on the field, he can also add delivering a baby to his resume, after he successfully helped his wife giving birth to their daughter.

On their way to the hospital

That morning around 5:30 am, his wife’s waters broke and her contractions started. Not long later, Bryan, 24, was actually en route to bring his wife Myllena, 26, to the hospital, but it seemed their daughter had other plans for them. The couple had to stop right outside of their apartment.

Miraculously, this insane moment was caught by the security cameras at the property. The footage shows Bryan supporting his wife as they made their way outside of the building. Before they could reach his car, Myllena was in full labour.

Bryan had to switch gears. He had to jump in for the most important assist of his career. He carried his wife and laid her down on the ground, preparing for his daughter’s arrival.

Born on the ground, right outside their home

As soon as he laid his wife down on the ground, she could feel the baby’s head crowning. Thankfully for Bryan, the delivery was swift. Within minutes, their daughter was born.

I put my hand there and Cecilia was already coming out. Cecilia saw me and she ran into my open arms!

“This was without a doubt, the happiest day of my life. It was a very special and unique moment,” Bryan added.

Two friends of the couple rushed to help by bringing a towel to cover the newborn. After that, Bryan and his wife went to the Esperança Hospital maternity ward, where Cecilia was weighed and measured. Both the baby and Myllena are doing well.

As for Bryan, he will never forget the incredible moment he has lived.

It was sensational, perfect and wonderful. I will be marked by it for the rest of my life. (One day) I will be able to tell her all about it.