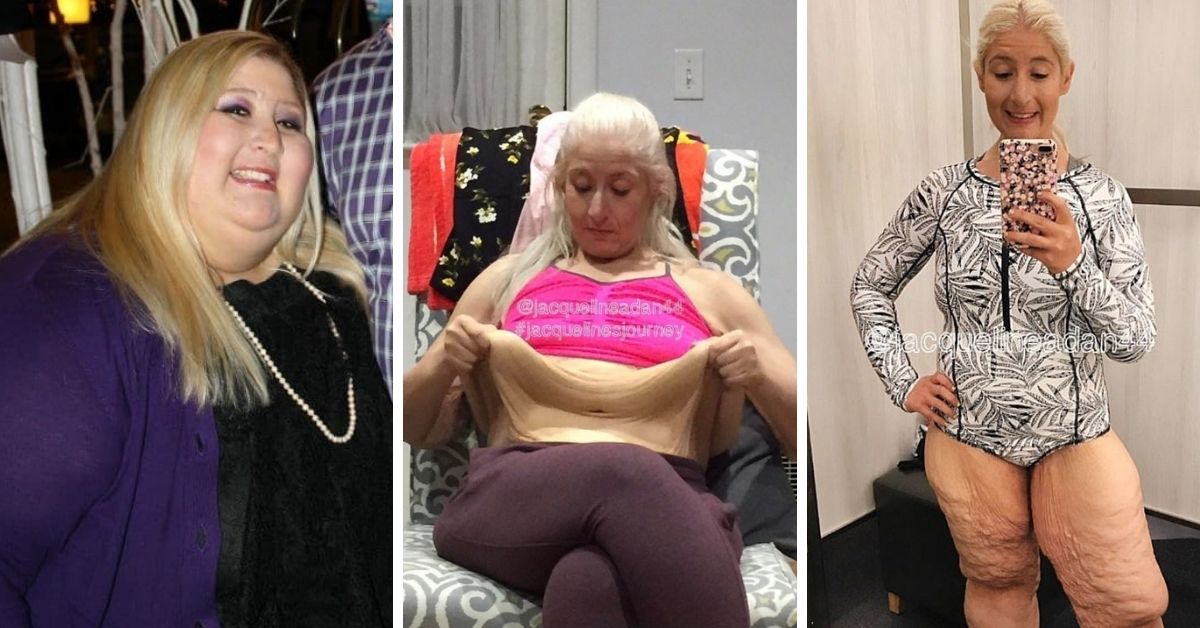 Jacqueline Adan always struggled with being overweight but it wasn’t until after a humiliating experience at Disneyland in 2011, that she found the motivation to turn her life around and lose over 300 pounds.

“I could barely walk to the park entrance without feeling like I was going to pass out. I couldn’t easily move,” Jacqueline recalled in a post on Health.com.

I needed a wheelchair to get around, and I was so embarrassed that I couldn’t even walk or enjoy myself at my favorite place in the world.

But one embarrassing event was the wake-up call she needed

Jacqueline knew she wouldn’t fit in most rides because of her size, but there was one ride for children that she figured might work because it didn’t have seat belts.

I entered the line and I actually got stuck in the turnstile going through, before I could even get on the ride. I was mortified—beyond embarrassed.

She pulled herself out from the turnstile with a smile and laughed it off before she rushed to the bathroom and burst into tears. It was the wakeup call she needed to change and Jacqueline was ready to start as soon as she got home.

The very next day, Jacqueline stepped on a scale for the first time in years at her local Jenny Craig office and was shocked to see that she weighed 510 lbs.

“I thought I was going to pass out,” she told Today. “This could not be real life.”

She needed to change at all cost

At this point, her goal was to weigh “anything but 500 pounds” and she dreamt of weighing under 200, but she also knew she had a long way to go.

Jacqueline started by counting her calories and walking as much as possible, after realizing she hadn’t been moving her body at all. With perseverance, her walks eventually turned into daily at-home workout videos.

Jacqueline also began working with a therapist to come to realize she suffered from a food addiction.

“I think I had some sort of binge eating going on, that uncontrollable, overeating behavior of eating too much, emotional eating, eating for fun and just not worrying about anything or the consequences it was going to have on my body,” Adan told PEOPLE.

To her credit, she lost over 300 pounds over the next four years by making changes to her diet and exercising, but with her incredible achievement came a new problem: over 30 pounds of loose skin.

The excess skin was extremely painful to carry around, so Jacqueline opted for skin removal surgery in 2016.

My first surgeries, on my stomach, upper back, and upper arms, were exciting because I couldn’t wait to see the results.

Eventually, the time came for Jacqueline to have surgery on her legs, which carried most of her weight and were a major source of insecurity for her.

“I hated the way they looked, so my reason for wanting the surgery so badly came from a negative place, whereas my other surgeries have come from a more positive outlook,” said Jacqueline.

She went through with the procedure, but there were complications and she necessitated a second unplanned surgery. While it was an exceptionally emotionally-charged experience, Jacqueline came out stronger and ready to tackle whatever came next.

She’s even got around to face her fear of riding a bike, after giving up learning in childhood. As an adult, her weight stopped her from learning until on a recent family trip, she decided to finally give it another try.

It was a big movement to finally overcome it. I still need a lot of practice.

Jacqueline even got over her insecurities around the loose skin on her legs. In a powerful moment, she decided to wear a swimsuit without the usual leg coverups, defying all the bullies who used to comment on her appearance.

I was nervous to take my cover-up off and to walk into the pool or walk on the beach. I still felt like that same 500-pound girl… then, it happened.

“So what did I do? I took a deep breath, smiled and walked into the pool. That was a huge moment for me. I had changed,” she continued. “I was not the same girl anymore. Yes I still have a lot of loose skin, I may still feel insecure at times, and yes I may still get made fun of.”

Her one self-love message

Throughout her journey, and still today, Jacqueline continues to struggle with her binge eating habits, and has undergone multiple difficult surgeries, but she’s never let any of it get in the way of her continued progress.

“So often, people think if you’re trying to lose weight or if you have skin removal, you must not love your body. I love myself enough that I want to make these changes because it’s what’s best for me. It’s what’s best for my overall happiness, health, and well-being,” she said.

“I think the biggest thing I can do in terms of self-love is to acknowledge that it’s okay to be where I am right now and love who I am right now, while working on a better version of myself.”