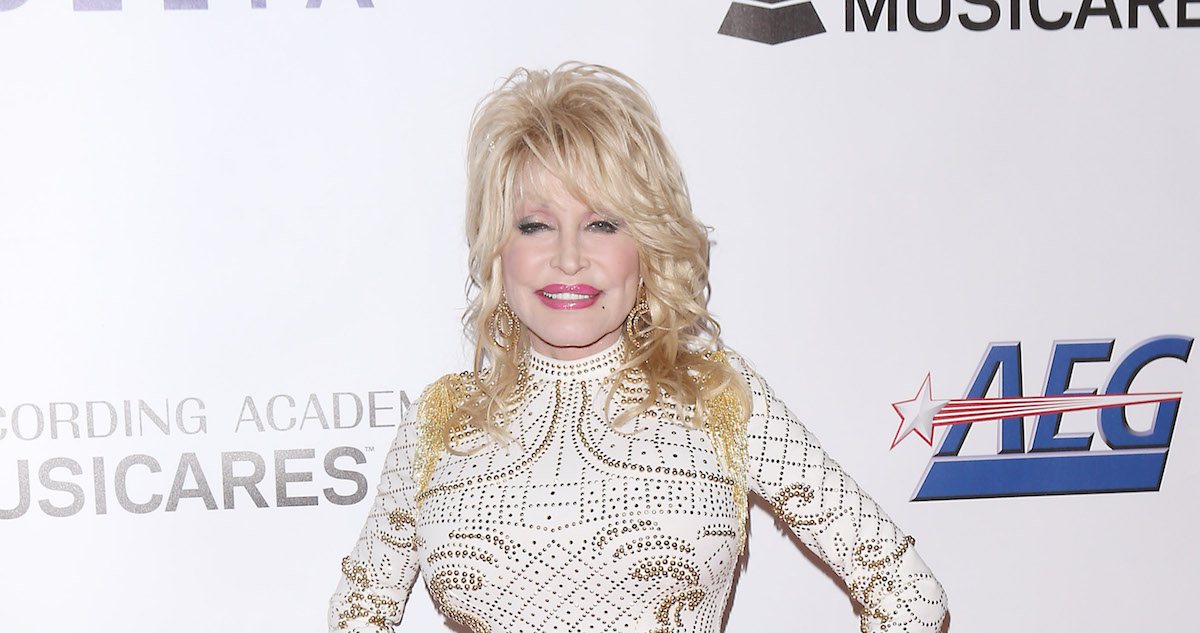 When we think of Dolly Parton, we think of big blonde hair, a buxom figure, and for the initiated, her 1973 hit, “Jolene,” in which she pleads timelessly with another woman, “please don’t steal my man.”

In reality, however, Dolly is a whole lot more than hair and an ample bosom, and her husband happens to be among the devoted few. Not to mention, she’s a living legend with a voice like none other. Born in 1946 to a poor, working class family in a one-room shack in Tennessee, Dolly was the fourth of 12 children. Today, she’s pushing 75 and her life’s been anything but a straight, smooth line. But that’s why we love her.

For instance, Parton never had kids, but few people know it was because of health issues. And then you have her elusive husband, Carl Dean. They got married in 1966, and have been together 54 years now—that’s over half a century.

Dean, retired from running an asphalt business, has chosen to remain totally out of the public eye, leading some to question whether Dolly has ever been unfaithful, or if Dean is even a real person! Yet Dolly has has often shared how she feels his avoidance of the limelight is actually key to their long lasting relationship. They’ve had their own little private paradise all these years. Of course, nothing is perfect.

In sickness and in health: trouble in paradise

Although Dolly and Carl have been happily married for far longer than most, the pair have seen really tough times–as is the case in most longterm relationships. Dolly opened up to Closer Weekly about a truly harrowing time in her life that put significant strain on her marriage.

It began with Dolly going through several years of severe and painful gynecological problems in the early 80s. She suffered from endometriosis, a condition which eventually required her to undergo a partial hysterectomy, which meant the couple could never have their own children.

Upon learning this news, Parton was plunged into deep depression. She even went through a period when she contemplated suicide.

It was an awful time for me. Every day I thought, ‘I wish I had the nerve to kill myself.’

“Sometimes God just has to smack you down,” Dolly has said of that time in her life. “He was almost saying, ‘Sit your pretty little ass down because we have to deal with some stuff!’”

It’s exactly this unique mix of faith, resilience, good humour and self-love that makes Dolly Parton who she is as an artist, but as also as a human being. But alas, being human, she did make a few mistakes along the way–just like the rest of us.

Dolly went through hell trying to cope with her infertility and all the feelings it brought up in her marriage. It was already hard enough to maintain a healthy connection with Dean during this period, but to make matters even worse, Dolly admits she had an ‘emotional affair.’ While the affair never got physical, she still experienced overwhelming guilt. In fact, she regretted it so deeply that the whole thing only contributed to her struggle with suicidal thinking.

“I looked at [the gun] a long time,” she said. Then, just as I
picked it up, just to hold it, and look at it for a moment, our little dog,
Popeye, came running up the stairs. The tap-tap of his paws jolted me back to
reality, I suddenly froze and I put the gun down…Now that I’ve gone through
that terrible moment, I can certainly understand the possibilities, even for
someone solid like me, if the pain gets bad enough.”

How Dolly turned her life around (hint: children)

Above all else, Dolly believes it was faith that ultimately saved her marriage. The country legend has relied on her faith to get her through every hardship she’s ever faced. Speaking of her family and her upbringing, she later shared, “Our faith is the most important thing to all of us. It was the key to our survival.”

Of course, Dolly has hardly surrendered passively to the faith that’s helped her survive and thrive. For starters, in spite of never having had any children of her own, there has been no shortage of children in her life.

She and Carl started by helping raise several of Parton’s younger siblings, which led her nieces and nephews to dub her “Aunt Granny.” Later, her great-nieces and great-nephews added “GeeGee” to the mix. “I’ve loved their kids just like they’re my grandkids, and now I’ve got great-grand-kids!” Parton has said. “I often think, it just wasn’t meant for me to have kids, so everybody’s kids can be mine.”

Dolly has also gone one further, and dedicated her life to helping children outside of her family—a fact only diehard fans know much about. She acts as a ‘BenevolAunt‘ to many children through her non-profit, the Imagination Library, an organization that promotes the joys of literacy to young children.

Each month, the Library mails a free book to children who are registered. Enrolment can start at birth and last until a child turns five. In this context, she is pleased to say that children know her as “The Book Lady,” and think of her as a Mother Goose or Fairy Godmother figure. “I’m like a cartoon character – my voice is little and I’m an excitable little person like them! I’m very childlike in that way, in my nature.”

The Imagination Library encourages a love of reading, an awareness of human diversity, and a promotion of self-esteem. Dolly has recalled how her father never had a chance to learn to read and write, so the importance of literacy is near and dear to her heart. All proceeds from her first children’s album, I Believe in You (2017), went to her passion project, and she even wrote a children’s book, I Am a Rainbow, which has also been included in the program. One might say that Dolly Parton, AKA “The Book Lady,” is mother to many. Hers is truly a labour of love.

And there you have it. Dolly Parton’s life may not be cookie cutter perfect, yet she is surrounded with love: love of family, love of children, and love of her long time husband and best friend. “We’re really proud of our marriage. It’s the first for both of us. And the last,” Parton said, in 2011.

In 2016, she announced that she and her husband would renew their vows in honour of their 50th wedding anniversary. In a later statement she affirmed, “If I had it to do all over, I’d do it all over again, and we did. I’m dragging him kicking and screaming into the next 50 years.”

How I Went From High-School Drug Dealer to Startup Millionaire | Gerard Adams | Goalcast
Do Whatever It Takes – The Story Of The Young Man And The Guru
Neuroscientist: TRY IT FOR 1 DAY! You Won’t Regret It! Habits of The Ultra Wealthy for 2023
YOU CAN ACHIEVE ANYTHING YOU WANT | Vice Admiral Bono Motivational Speech | Goalcast