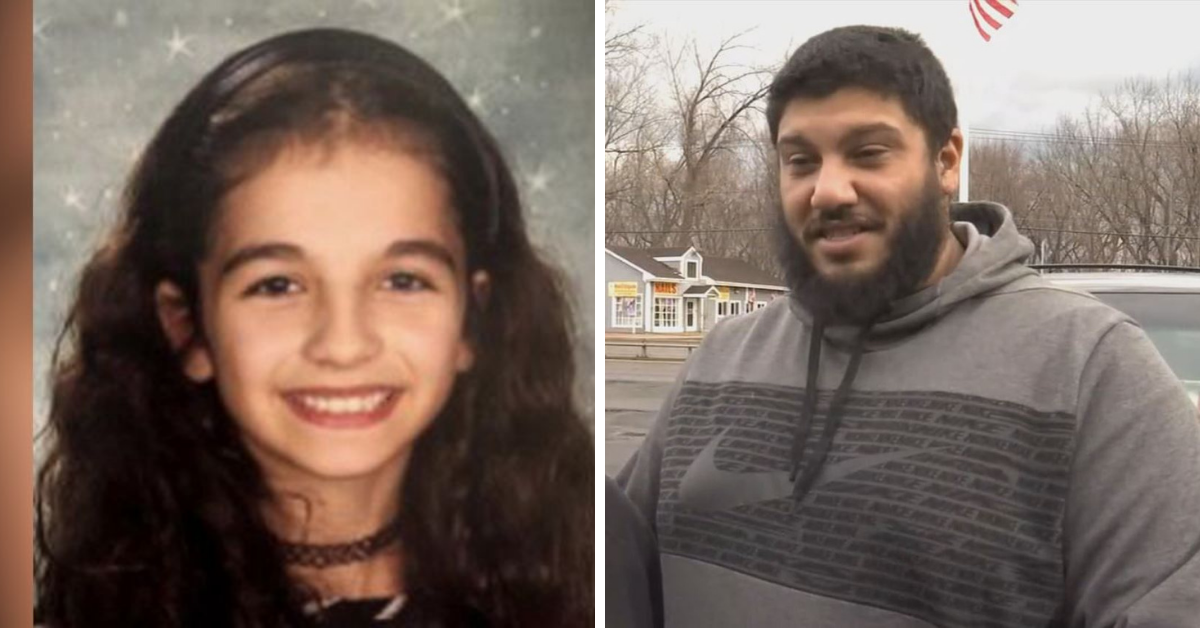 Sometimes the most important moments of our lives – or the moments when we make the biggest impact on the life of another person – happen in a split second, and it’s all about thinking on your feet.

Benny Correa and his wife Amanda Disley were in their car driving home from a family dinner when they noticed something on the road that gave them pause near Brimfield, Massachusetts.

What they saw on the road was a familiar car – and when they realized why that car was familiar, their blood ran cold. That dark blue Honda Civic with tinted windows was one that the authorities were searching for in the abduction of an 11-year-old little girl, Charlotte Moccia.

Charlotte had been abducted and forced into the car earlier that day, just after she got off the school bus in Springfield, which is about 30 miles west of Brimfield.

“We just had a gut feeling it was the car,” Disley told ABC News.

The couple called 911 and then, with their five children in the car, decided to follow that other car.

“It was just an instinct of fight or flight that kicked in,” Disley said.

The suspect’s car, seeing it was being followed, began to pick up speed, and so it became a hot chase as Correa drove and kept the other car in vision and Disley remained on the phone with a 911 dispatcher, keeping them updated of what street they were on.

“I cut off people and I got up close to the car,” Correa said. “I had to do what I had to do, being a father.”

Once they were close enough to get a good view of license plate, they reported that to the 911 dispatcher as well. In the meantime, Disley also noticed “someone getting pushed down under the back seat” of the suspect’s car as it passed under a street lamp.

The family ultimately did not catch up with the other car because they ran out of gas. But the police were on the trail.

Massachusetts State Police spotted the suspect’s car and stopped the vehicle, immediately finding Charlotte in the back seat, with 24-year-old Miguel Rodriguez. Chillingly, there was even knife visible in the pocket of the door.

Charlotte was removed from the car safely and taken to a hospital to be checked out.

“It was an absolute life and death situation for this little girl,” Springfield Police Commissioner Cheryl Clapprood told ABC News.

Rodriguez was charged with aggravated kidnapping and assault by means of a dangerous weapon and held without bail.

If you see something, say something

“We’d like to thank Amanda Disley and her husband for their vigilance and courage for putting themselves in harm’s way to make sure she wasn’t out of their sight,” the parents said.

If you see something, say something. It’s a known saying but putting it into motion can make a big difference!

How I Went From High-School Drug Dealer to Startup Millionaire | Gerard Adams | Goalcast
Neuroscientist: TRY IT FOR 1 DAY! You Won’t Regret It! Habits of The Ultra Wealthy for 2023
Do Whatever It Takes – The Story Of The Young Man And The Guru
YOU CAN ACHIEVE ANYTHING YOU WANT | Vice Admiral Bono Motivational Speech | Goalcast