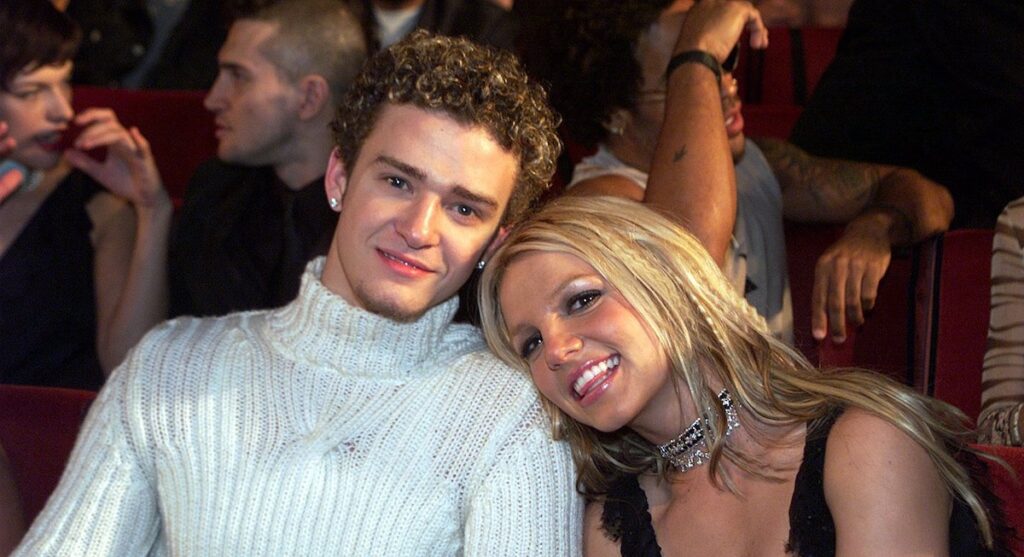 The release of the documentary Framing Britney Spears on February 5, 2021, has prompted a collective response of sympathy, solidarity, and regret from across the globe. It’s led to an extensive, collective contemplation on Britney’s mental health crisis and the circumstances under which she was placed in conservatorship under father Jamie Spears nearly 13 years back.

The documentary also delves into Britney’s early life and her abrupt rise to fame as one of the biggest, most prominent celebrities on the planet. As it turns out, the media and those closest to the singer played a massive role in exacerbating, if not causing, her breakdown. It’s no surprise that Britney’s fans and admirers started identifying specific people who they deem at least partly responsible for Britney’s situation as it stands today.

Justin Timberlake was pointed out as one of the many individuals who leveraged the global obsession with Britney to create his own narrative and boost his image. It’s not for us to determine whether that’s totally accurate or not. Still, it can’t be denied that Justin was aware and perhaps, even strategic about the perpetual target on Britney’s back.

However, he finally issued an apology last week, undoubtedly a little too late. But before we jump to judge Justin for his actions, it’s worthwhile to get into the nitty-gritty of what he did in the first place and why his apology, for better or for worse, matters.

What did Justin do to Britney?

Justin and Britney met as castmates on The All-New Mickey Mouse Club — they started dating in early 1999 when they were just 18. It’s also been reported that Britney Spears shared her first kiss with Justin. The pair dated for three years, with the relationship ending in 2002. Soon after, Justin Timberlake released his solo album Justified, which featured one of his biggest hits, “Cry Me A River.”

The theme and the music video of the single illustrate a toxic ex-girlfriend who, as it’s implied, cheated on Justin and inflicted a world of hurt and pain on him. At the time, media outlets widely reported that Britney was the ex in question and that it was her cheating that triggered the demise of the relationship. The artist in the “Cry Me A River” music video was also made to resemble Britney to add more weight to this theory.

Justin Timberlake never denied those accusations, and he even gave an interview with Barbara Walters in which he said he “promised” to Britney that he would never disclose the reasons why they broke up. Barbara said that it must be because “Britney did something very bad.” Justin emphatically did not refute the claim and just wrapped up, saying that “Honestly, we are not perfect. I don’t judge anybody.”

But this wasn’t the only case in which Justin refused to stick up for his ex-girlfriend. He bragged on a radio show that he had taken Britney’s virginity, something the media had suspected and speculated for years at that point.

It was a really weird time. There was talk about what we did together, sexually and stuff. I just felt very exploited and very weird. Why is [Justin] going on these shows, and they’re asking him, and he’s talking [about it]…

Forget about supporting Britney through her mental health journey or her turbulent relationship with the paparazzi. While receiving an award for GQ’s Man Of The Year, Justin said that he thinks Britney should have “[stuck] up” for him. While picking up a Brit award, Justin told the camera, pretending it’s Britney, to “stop drinking, you’re going to get sloppy. OK is going to say something bad about you.”

From making fun of her at award shows to calling her a “Madonna wannabe,” Justin Timberlake took every opportunity he could to feed the media more fodder in their agenda against Britney. He exploited their relationship, revealed her innermost secrets, and poked fun at her mental health struggles to earn some easy wins for himself.

20 years too late, Justin acknowledged that he “failed” and “fell short”

In response to the criticism levelled against him, Justin took to Instagram to tell his followers that he’s seen the messages and the comments. He blamed his past behaviour on his “ignorance” and acknowledged that the entertainment industry privileges men over women in nearly every department. He also apologized to Janet Jackson for letting her take the brunt of the blame in the Super Bowl Halftime Show fiasco — another incident in which he chose silence over doing the right thing. Where he let the dominoes fall and ensured that none of them touched his career.

Because of my ignorance, I didn’t recognize it for all that it was while it was happening in my own life but I do not want to ever benefit from others being pulled down again […] I specifically want to apologize to Britney Spears and Janet Jackson both individually because I care for and respect these women and I know I have failed.

Justin also admitted that his actions “contributed” to the problem, to Britney Spears’ unfair situation. He “fell short” when the world counted on him to set things right and stick up for these women. He said he wants to take “accountability” for the past and be in a position going forward where he can uplift and support others. Finally, he said that his apology doesn’t “absolve” him of anything but is instead the first step to making things better.

Justin’s apology is indeed nothing but a drop in the ocean. He can’t take back the years of hurt, pain, missed opportunities, frustration, and shame he has inflicted on Britney. The industry hinges on widespread double standards, where men are allowed to manipulate, extort, and hurt women regularly without the threat of having their careers ruined or their reputation damaged. He was allowed to treat Britney in such a dehumanizing way without facing the consequences; instead, while she was crumbling, he thrived in the industry, taking home awards one after the other and taking cheap shots at her mental state.

An apology is the first step to making amends

However, apologizing and unequivocally accepting blame for your part in someone’s pain is the first step to making amends. You might be far away from making amends, but at least you’re moving in the right direction. Justin may have left Britney high and dry throughout her career, but at least he’s not so conceited and ignorant that he won’t admit to his mistakes, even if the admission arrived too little too late.

Britney was left to clean up the mess when Justin turned on her. She was painted in a negative light and lost control of the narrative. A narrative cleverly woven against her by her ex-boyfriend. Justin has a painfully long way to go before he is in a position to be forgiven by Britney, but a public apology starts a conversation. If you can’t be accountable for your worst mistakes, there’s no way you’re ever going to turn the corner.