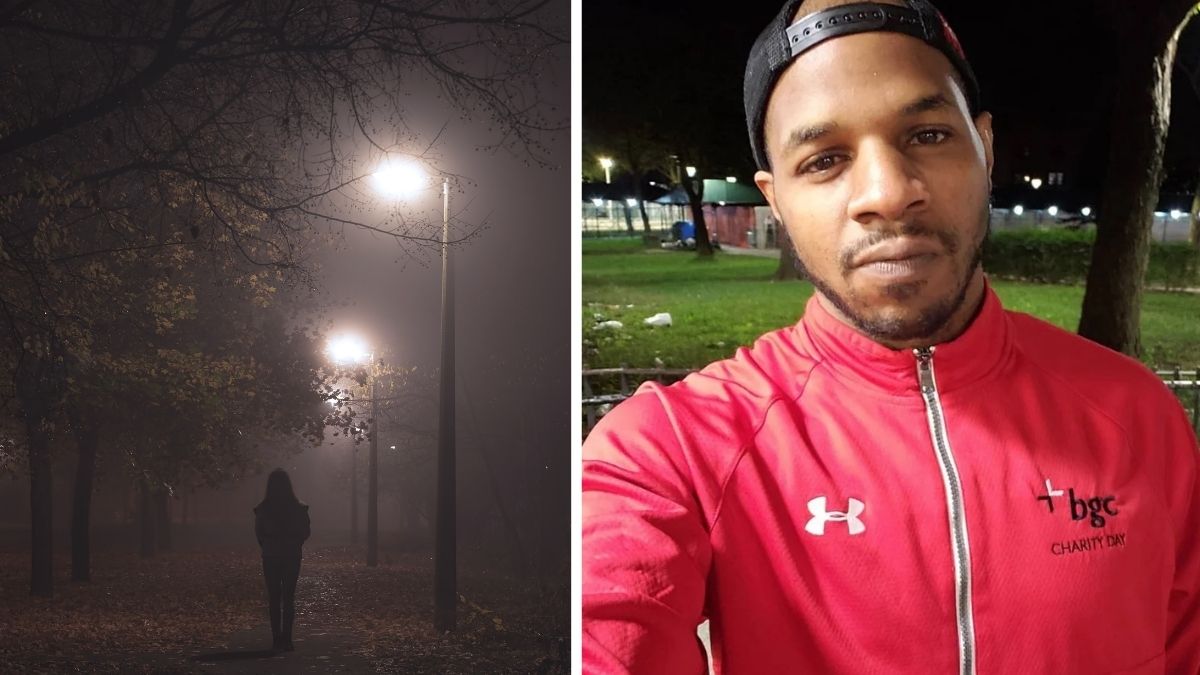 One unintended hero’s tweets went viral when he shared a frightening experience that exposed him to the everyday dangers women face.

A hug for help

New York resident Dane Weeks (@wonderking82) was walking to meet friends with headphones on when a random woman approached him to offer a hug.

Before he could even process what was happening, she whispered in his ear.

“Please act like you know me, three guys have been following me for a while.”

Dane hesitated at first, suspecting some sort of foul play. However, the woman seemed sincerely shaken and frantically repeated that she had to make it home to her son.

Weeks played along and held the stranger’s hand until he was able to safely deliver her home.

She was being hunted

In a Twitter thread that’s gathered over 300,000 likes and thousands of retweets, Weeks shared the creepy details behind the event.

According to the woman, three men were staring at her on the train, who then followed her when she got off. She tried to lose them by sneaking into a store, but when she left, they continued trailing her.

The woman told Weeks that she didn’t want to ask another woman for help and risk putting her in danger, and said that seeing his welcoming smile gave her courage to approach him for help.

The two swapped phone numbers, with Weeks making himself and his boyfriend available anytime to meet and accompany her through the dimly lit journey home.

Weeks tweeted that the woman had feared the worst until she saw him.

“Please accept being my hero that night, I really thought my son would have been motherless & my mother daughterless.”

– The woman, per Dane Weeks

The day after this unfortunate event, Dane had the opportunity to meet his new friend’s grateful mother and five-year-old son, who gave him a cute “Thank you, mister.”

The world of women

Weeks wrote that the only thing crazier than what happened is how common these types of incidents are.

“She said, you’re feeling like this, now imagine what every girl and woman feels like.” In response, Weeks thanked her “for bringing me into the world of women.”

The whole experience left Weeks both disgusted and determined to make a difference.

“This is sad, women and girls have to live in this type of fear because us men have created an environment of toxicity. I will do better”

How I Went From High-School Drug Dealer to Startup Millionaire | Gerard Adams | Goalcast
Neuroscientist: TRY IT FOR 1 DAY! You Won’t Regret It! Habits of The Ultra Wealthy for 2023
YOU CAN ACHIEVE ANYTHING YOU WANT | Vice Admiral Bono Motivational Speech | Goalcast
Do Whatever It Takes – The Story Of The Young Man And The Guru