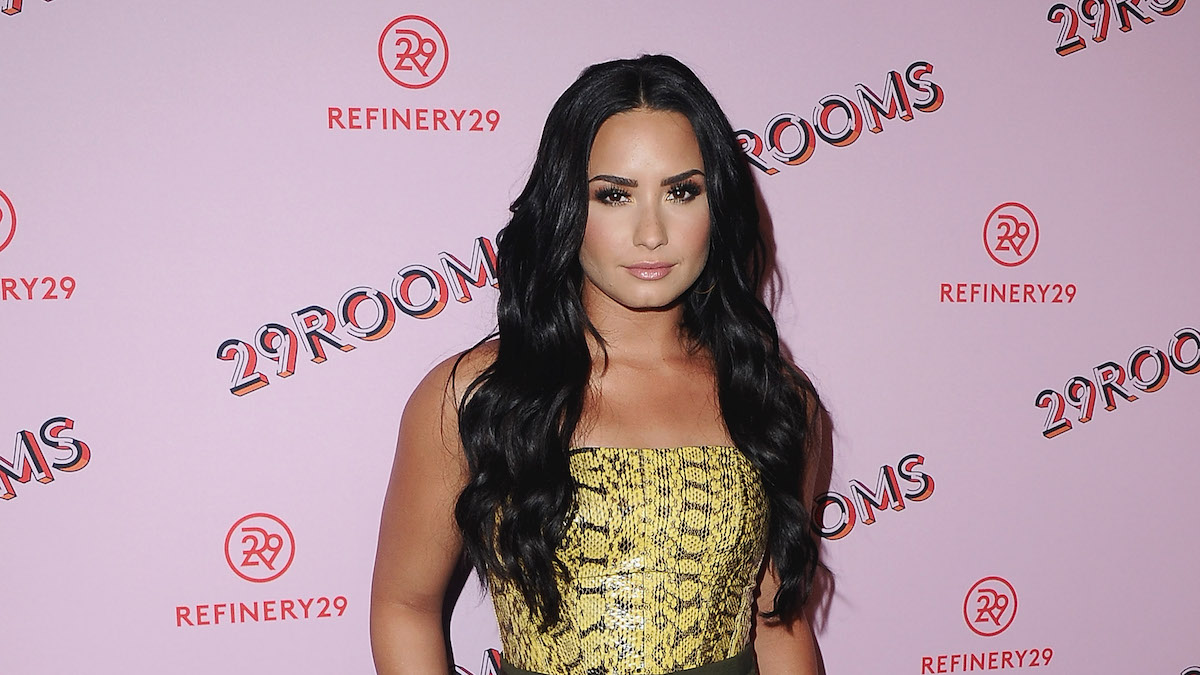 Hollywood is often notorious for giving glossy spins to not so glossy stories. While reality can be full of grit and harsh truths, a Hollywood version benefits from the ever-seductive editing process. That being said, when it comes to Demi Lovato’s new YouTube docuseries it’s no holds barred raw truth after raw truth. The emotional rollercoaster Demi takes the viewer on is an insight into that fateful July 23, 2018 day when her struggles with addiction came to a head and the superstar overdosed. With the intention of wanting to set the record straight, Lovato sits down and reveals all of her past demons for the world to see.

There is no sugar coating the issues in Dancing With The Devil, Season 1 Episodes 1 & 2. The talented songstress reveals the factors and intense pressure she was under, especially with regards to her mental health, leading up to the overdose.

Growing up, Demi Lovato experienced addiction in her family

Demi’s father struggled with addiction, mental health issues and was abusive towards her mother. His death weighs heavily on Demi’s heart and mind despite the estranged nature of their relationship for years prior. Demi felt a certain hypocrisy for representing mental health publicly and being there for others in a way that she was unwilling to be present for her father. This emotional turmoil contributed to Demi’s struggles even though she was clearly just trying to do the right thing for her wellbeing.

Lovato speaks on her past struggles with eating disorders fueled by low self-esteem beginning at a young age. As a child, Demi would participate in beauty pageants that are centered primarily on looks and talent. Demi pinpoints her issues with food beginning as early as even back then. Fast forward to just months before her life-threatening overdose, Demi’s environment was so controlled that it is understandable why she wanted to rebel. People were actively policing her food to try and prevent a relapse of an eating disorder. There was constant emphasis on her sobriety and intense pressure for her to stay on the straight and narrow at all times.

Demi hid her addiction from the people around her

Then during a photoshoot, Demi recalls questioning whether or not sobriety really was the right choice for her. She recognized that she was no longer happy and then after bumping into her former drug dealer Demi went “shopping” for drugs. She mixed meth, cocaine, molly, and finally began dabbling with heroin as well. Lovato thought that she had it under control until she realized during a trip to Bali that she was physically dependent on the drugs. When Demi returned from her trip, she continued with the drug use and developed a specific addiction to crack and heroin.

Lovato hid her drug use so well from everyone that no one knew she was using. Then after a night partying with friends, on July 23, 2018, at around 5:30 a.m., Demi said that she was going to bed when what she really did was call her drug dealer. Not only did her dealer supply her with the dangerous illicit substances that would lead to her overdose, but Demi reveals that he took advantage of her, and finally left her for dead.

The next morning Demi had a doctor’s appointment scheduled and her assistant came to wake her up. After a few attempts of knocking on her bedroom door and receiving no answer, her assistant decided to go in and that’s when she found Lovato unresponsive. Demi’s assistant immediately called security, and then went on to call 911 who dispatched an ambulance to Lovato’s home.

The overdose was so life-threatening that Demi experienced three strokes, a heart attack, brain damage, blind spots in vision, pneumonia and multiple organ failure. When she woke up, she was temporarily legally blind. Her sister who was sitting at her bedside recalls that Demi couldn’t even see her and did not know in the moment who she was.

The incredible insight that Demi has acquired since that dire summer 2018 day has led her to believe that she was looking for spiritual growth in all of the wrong places. Lovato’s candor in sharing her story is nothing short of courageous. She tells it like is without packaging the details in a pretty shiny bow and for that she stands apart from the rest.

Labels can have a huge impact on those who are the recipients of those titles. In Demi’s case, she was labelled an “addict” publicly and often criticized for her struggles. People were cruel in poking fun at her overdose and some even encouraged her to resume using drugs again. However, Demi demonstrated her resilience and rightfully put them in their place. Even in the face of backlash, Lovato is an advocate for those who have been through similar trials and tribulations to what she has. In sharing her story, Demi clearly doesn’t let the labels define her but she is committed to living a full life.

It is a miracle that Demi is alive and a blessing that she is sharing her very personal story in this intimate way. Dancing With The Devil is worth the watch not only because it dispels certain myths about addiction but because it enlightens us to its realities in the process.

Have the courage to be vulnerable

Despite the attempts of others to bring Lovato down, she continues to share her story. Stories of survival such as Demi’s are nothing short of divine intervention and sharing the tales of such close calls can quite literally save the lives of others who can relate. One person’s story of recovery can inspire millions to do the same.

Together we heal collectively through sharing our truths. Demi Lovato may be a celebrity, but in releasing her new docuseries she is now a bona fide hero as well. Share your story and heal yourself but in the process, you may just save someone else’s life. Not all heroes wear capes, some just really know how to rock a microphone.