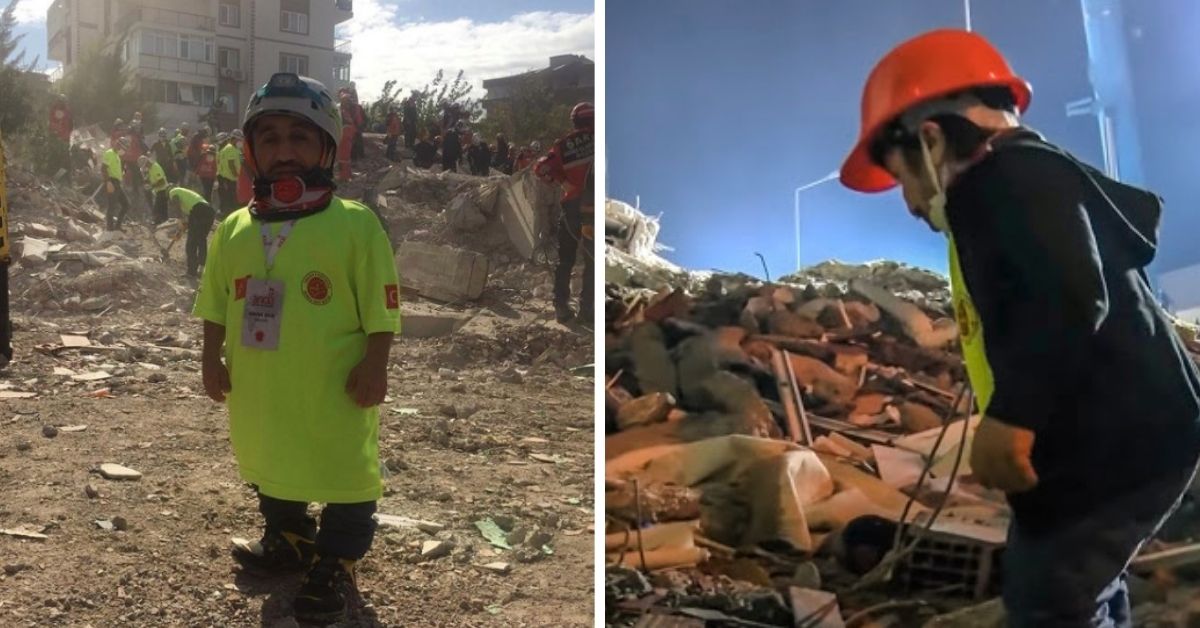 Heroes come in all shapes and form and the truth is, everyone has the potential to make an impact, whether small or large.

Ridvan Celik, may only be three-foot tall, but his size would not prevent him from helping others. After the destructive earthquake that hit Turkey in early November 2020, Ridvan knew he could be useful especially because of his size.

He bought a ticket and flew straight to Izmir

Only 36 inches tall, Ridvan Celik traveled to the epicentre of the earthquake to help rescue people from under the debris. He ran (or actually, flew on a plane) toward the danger, just to help!

When I heard about the earthquake in Istanbul, I bought my own ticket and came to Izmir. We met our teammates here.

He worked tirelessly to save others

According to newspaper Yeni Safak, Ridvan has since been working non-stop. He has been using his size to crawl into small spaces that other people cannot get into, in an attempt to try and find people who are still alive.

“I think about the children and parents who might be under the rubble with my memories and experiences of the 1999 earthquake,” he continued.

I jumped on the task, thinking that it could be me or my loved ones under that rubble. I did not hesitate.

Think of that. Imagine that in your own life, and when people are in need of help, do not hesitate.

MASTER SELF MOTIVATION – Les Brown Motivational Speech
If You’re Feeling Judged: One Thing You Need to Understand
Deaf Domino’s Employee Delivers Pizzas on Foot After His Car Breaks Down – In Return, He Gets a “Tip” of $12,000
All the Things I Didn’t Tell the Men I Dated Because I Was Afraid
‘It was my heart’: Women with heart disease face barriers to care in Canada, report says