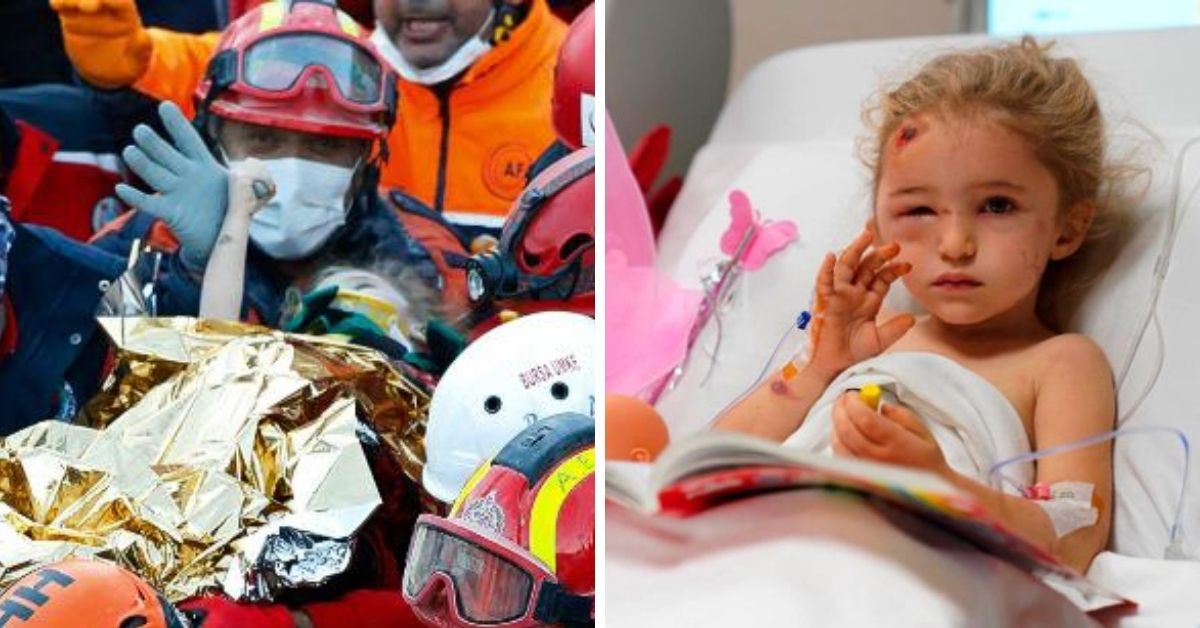 The recent earthquake in Istanbul, Turkey led to incalculable devastation, claiming the lives of over a hundred people while leaving over a thousand ones injured. Yet, amidst the sea of death and destruction, there was hope…and a miracle.

The incredible story of a 3-year-old girl who was trapped under rubble for almost three days, before finally being rescued alive touched people from all over the world.

She was trapped under a building

Elif Perincek was
trapped under a collapsed apartment building in Izmir, Turkey, and rescue workers worked day
and night to get her out before they finally reached her.

Elif was found wrapped in a foil blanket and covered in dust, but thankfully, still alive.

Muammer Celik, the firefighter who pulled her out, told CNN that she held tight to his hand until he brought her to safety.

“I thought she might be in the space between her bed and
her dresser. I went in that direction and that’s where I found her lying on her
back. I picked her up. I cleaned her face got rid of the dust. She held my
finger and wouldn’t let go until we got to ambulance,” Celik said.

“Elif is our
miracle,” he added.

Turkish Health Minister
Fahrettin Koca said Perincek’s mother and two others were rescued earlier, but,
unfortunately, one of her siblings had died.

Koca went on to share that the 3-year-old had been taken to hospital but had not sustained any serious fractures or muscle crush injuries and was in good condition.

Thanks to the firefighters who never gave up hope, even when things feel hopeless, Elif is still alive. Sometimes, all it takes is to keep going, no matter what.

The World’s Best Blind Mountain Biker | Brian Bushway | #shorts
These Letters from a Single Mother Will Make You Believe in Love Again | Philicia Baugh | Goalcast
Podcast: What to know about “novelty hunting.”
‘It was my heart’: Women with heart disease face barriers to care in Canada, report says
Looking for love? 44% U.S. adults use dating apps to find long-term partners: study