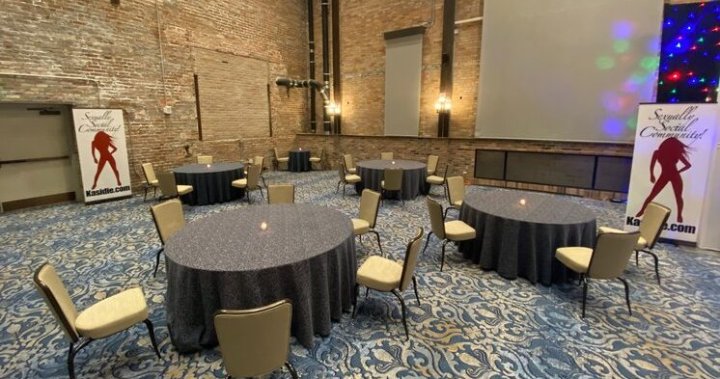 Approximately 300 swingers gathered in New Orleans last month to spread love in the time of coronavirus.

They ended up spreading COVID-19 instead, as their sex convention turned into a superspreader event that has seeded dozens of new cases of the virus.

At least 41 people who attended the “Naughty N’awlins” convention in Louisiana have since tested positive for COVID-19, according to Bob Hannaford, whose Naughty Events company organized the four-day sextravaganza.

“If I could go back in time, I would not produce this event again,” he wrote in a blog post on Nov. 27. He added that most of the cases were mild, but a few were “severe” and one required hospitalization.

“It weighs on me and it will continue to weigh on me until everyone is 100 per cent better,” Hannaford wrote.

The annual convention typically draws around 2,000 attendees in the summer. Naughty Events pared this year’s convention down to about 300 and held it Nov. 11-15 at the NOPSI hotel, where coronavirus safety measures were added to the festivities.

It’s unclear how many staff at the hotel might have come down with the virus, and the hotel manager has not responded to requests for comment.

Read more:
Nurse dies of COVID-19 after coming out of retirement to teach front-line workers

Hannaford says he tried to impose a wide range of safety measures at the gathering, and he was initially confident that things had gone well. He told everyone to get tested beforehand, and discouraged people from attending if they had underlying health risks. He cancelled the dance floor, handed out contact diaries and urged people to wear masks when they weren’t eating. He also imposed a wristband system to identify people who’d had the virus and others who had recently tested negative.

The virus still managed to spread in the midst of all that sexual intimacy and social distancing.

The swinger convention started on the same day that New Orleans loosened its rules around public gatherings. The city began allowing a maximum of 100 people to gather indoors with masks and social distancing in effect. It also required special events and gatherings to obtain permits, NBC News reports.

Read more:
Newlyweds and 30 of their wedding guests test positive for COVID-19 in Ohio

A spokesperson for the city told NBC on Tuesday that the swinger convention did not have a permit.

However, Hannaford says his company followed all city and state protocols around the virus.

The city has since tightened up its rules around public gatherings amid another spike in cases.

The New Orleans swinger party is one of several large gatherings that have drawn criticism in recent months, amid a growing second wave of the virus in the United States.

New York authorities have seen some of the most high-profile violations, including a 200-person fight club event, an 80-person indoor sex party and a secret Hasidic wedding with an estimated 7,000 attendees.

More than 270,000 people have died of the virus in the United States to date.

Questions about COVID-19? Here are some things you need to know:

Symptoms can include fever, cough and difficulty breathing — very similar to a cold or flu. Some people can develop a more severe illness. People most at risk of this include older adults and people with severe chronic medical conditions like heart, lung or kidney disease. If you develop symptoms, contact public health authorities.

To prevent the virus from spreading, experts recommend frequent handwashing and coughing into your sleeve. They also recommend minimizing contact with others, staying home as much as possible and maintaining a distance of two metres from other people if you go out. In situations where you can’t keep a safe distance from others, public health officials recommend the use of a non-medical face mask or covering to prevent spreading the respiratory droplets that can carry the virus. In some provinces and municipalities across the country, masks or face coverings are now mandatory in indoor public spaces.

Why I Didn’t Trust Myself to Make Decisions (and What If It’s All Okay?)
Looking for love? 44% U.S. adults use dating apps to find long-term partners: study
He Was Fatally Beaten by Memphis Police — Now People Around the World Are Sharing #SunsetsForTyre in His Honor
Kentucky Woman Gets Unbelievably Lucky at Her Office’s Christmas Gift Exchange — Now She Can Afford to Send Her Kids to College
These Letters from a Single Mother Will Make You Believe in Love Again | Philicia Baugh | Goalcast