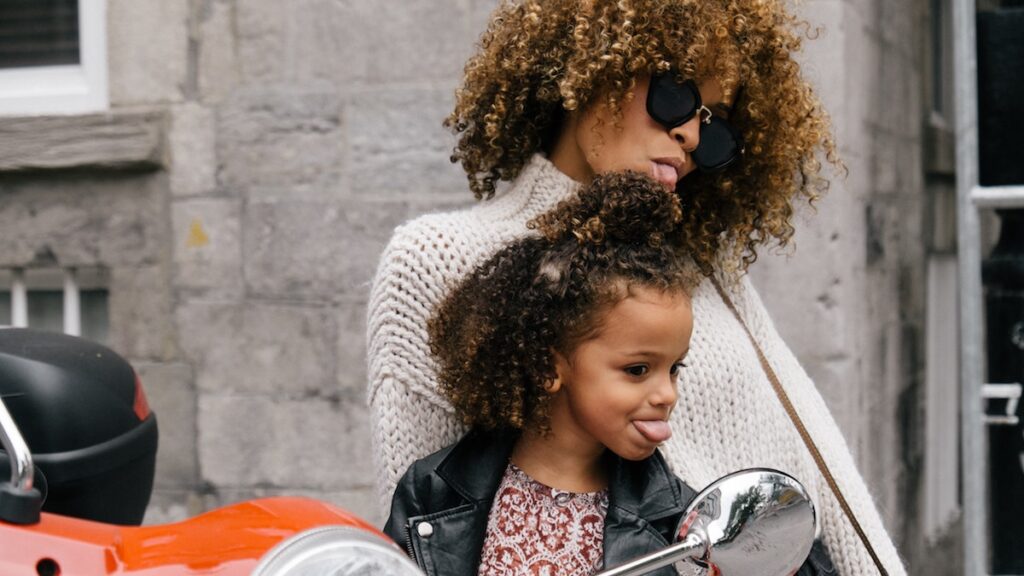 It’s hard to know what to expect when you’re expecting. Psychology Today highlighted that while many people are willing to offer parenting advice, regrets surrounding how you raise your children are still considered taboo. According to a study conducted by professors Julia Moore and Jenna Abetz from the University of Utah and the College of Charleston respectively, looked at Reddit threads, timing, the number of kids, and the partner people chose to have kids with made up some of the main parenting regrets.

It’s impossible to fully prepare for what parenthood has to throw at you. However, Dr. Richelle Whittaker, LSSP, LPC-S, an educational psychologist, mental health therapist, and parent educator told Best Life, “All too often parents tell their kids what to do instead of modeling the behavior. Unfortunately, kids tend to mirror their parents’ behavior more than they listen to what they tell them. If parents want their children to engage in healthy behaviors, such as treating others with kindness, model the behavior for them.”

Whittaker outlines that there’s a lot of stress attached to modern-day parenting and the need to get things right. Sometimes cutting yourself some slack and remembering you’re doing your best can go a long way. However, five people open up about their biggest parenting mistakes or the things they regret the most and they are seriously relatable.

1. Not holding their kids more accountable

Perri Klass, M.D. and Lisa Damour outlined in the New York Times that in the 21st Century, parents have a whole host of issues to contend with. You have to keep an eye on schooling, social media, extracurricular activities, and your child’s health. However, one Reddit user admitted “I regret not holding her [my child] more accountable for things she didn’t want to do. It’s a fine line between ‘pushy’ and ‘allowing your child to give up too easily.’” The parents linked this mistake with perseverance to find a job and sticking with projects when they get tough.

They may test the limits you establish for them, but they need those limits to grow into responsible adults.

This seems to be a regret that most parents share. Another wrote, “I wish I’d been a little more willing to let these kids experience the negative consequences of their own bad choices. Of course, you’re always walking that tightrope of giving them the right amount of freedom to make choices appropriate to their age and maturity, but trying to save them from dumb things they do to themselves can be a big mistake.”

Kids Health states that kids thrive in an environment with boundaries and it’s good to teach them self-control. “They may test the limits you establish for them, but they need those limits to grow into responsible adults,” the website advises. By setting boundaries, Kids Health explains that it helps them understand your expectations and develop self-control so they can make the decision to stick with things when it doesn’t always go their way.

2. Losing their identity as a person after becoming a parent

A Mother Far From Home outlines how all-consuming parenthood can be. “I became a mum at 24 years old and I now have three children. They’re all a little bit older and I dedicated my twenties to them. But now I’ve helped them hone their own personalities, I’m not sure who I am,” says Autumn.

Now her oldest child has left home, Autumn is exploring who she was before she started having children, over a decade ago. “Before becoming a parent I was so much. I was a friend, I painted, I went to bars, I had passions that didn’t include my kids,” she says.

Before becoming a parent I was so much. I was a friend, I painted, I went to bars, I had passions that didn’t include my kids…Now I’m not sure who I am.

Autumn for A Mother Far From Home

Parent Co. writes that teaching your child independence isn’t just beneficial for them, it’ll give you more time to work out your new identity as a parent. “You don’t just need me time. You need time that’s concentrated on the things that fuel and feed you. It’s easier said than done, but it’s essential to your well-being,” it says.

3. Spending too much time worrying

Multiple Reddit users opened up and said they wished they’d worried about their kids less and lived in the moment more. One wrote, “Mine are 15 and 17, and at the moment my only regret is that I spent so much time worrying about them when they were little. It’s so hard to remember that just because your child can’t stay seated in class now, that doesn’t mean she’ll still be falling out of her chair by the time she gets to high school. Things change, and problems that seem huge in the present often seem really inconsequential in retrospect.”

Another said, “I regret not keeping track of daily life. Now we have the option of a private blog or hell, even a Google document to write little sh*t down, the stuff that matters, the moments that you laugh at and later forget. My oldest is 19, almost 20. What I would give to be able to read about our life in 1996 when she was 2. I wish I had more than photos, I wish I had a day I could go to and read what we had done, the silly things she said.”

Psychology Today outlines that it’s healthy to worry to a certain extent about your children and it’s unrealistic to say you’ll never worry again. However, in order to harness your worry and control it Alice Boyes, Ph.D., author of The Anxiety Toolkit: Strategies for Fine-Tuning Your Mind and Moving Past Your Stuck Points recommends accepting that you’re fearful and teaching your child healthy, effective ways to cope with anxiety, without avoiding it. It could help both of you.

4. Being more open with their kids

Kids Health says that communication between parents and kids is key and using the explanation “because I say so” doesn’t often cut it. “When I was raising my two oldest children, all four of their grandparents got ill and passed away,” explained Leigh. “Rather than explain their illnesses and what death means I swept it under the carpet. It made my grieving process very tough but I felt like I was protecting them. Now I wish I would have had open and honest conversations with them so they weren’t scared.”

Opening up about hard times in a way that’s suitable for kids could make life much less confusing and scary explains Kids Health.

If we don’t take time to explain, kids will begin to wonder about our values and motives and whether they have any basis. Parents who reason with their kids allow them to understand and learn in a nonjudgmental way.

5. Avoid losing their temper as much

Reddit users came together expressing regrets about how much they lost their temper with their kids. One wrote, “Losing my patience more than I’d like to” while another said, “I feel so guilty about this.” However, others shared the root of their frustration. One user wrote, “I regret listening to all the unsolicited advice everyone around me gave when I had my first. It was all contradictory: let him cry it out, don’t let him cry it out, don’t hold him too much, hold him all the time, etc. I was always second-guessing myself, always inconsistent, and frustrated until I stopped listening to others.”

Kids Health says that setting limits and rules for kids is a great way to avoid being angry. However, installing these can be tough. The website recommends praising good behavior in all its forms and ensure that they know your love is unconditional.

praise rather than punishment...Search for positive behaviors to praise and reward, and young children will want to repeat the experience.

Perri Klass, M.D. and Lisa Damour write in the New York Times, “think praise rather than punishment. Physical discipline, like hitting and spanking, tends to produce aggressive behavior in children. Keep in mind that it’s always a parental win if you can structure a situation so that a child is earning privileges (screentime, for example) by good behavior, rather than losing them as a penalty. Search for positive behaviors to praise and reward, and young children will want to repeat the experience.” However, they highlight that you may have to discipline your child from time to time. This can take practice.

Metro explains that the pressures to be a good parent can come from many directions. However, these are some of the five biggest parenting mistakes and regrets. While it’s easy to look back with rose-tinted glasses, many aspects of parenting are hard. Parent Co. says that sometimes you need to forgive yourself and remember that you’re doing your best.