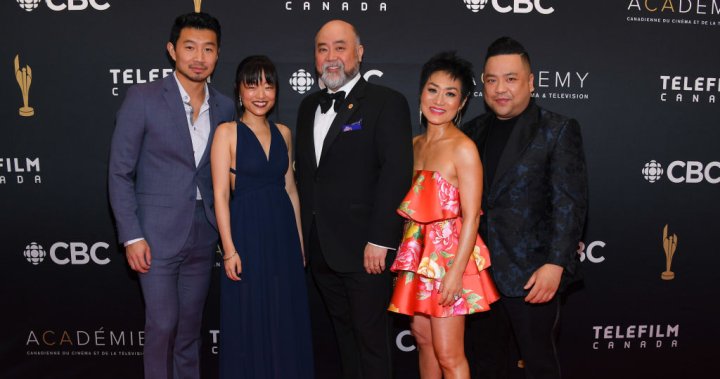 For the past few years, Kim’s Convenience has provided numerous fans with fun and heartwarming moments.

In the last year, viewers have also looked to the Kim family for a sense of comfort and laughter during the COVID-19 pandemic.

“As an Asian-Canadian, I know I’ve certainly felt it.”

“I think a lot of us have been looking for shows that remind us of who we are and what’s really important: love, family, friendship, and that’s the Kims’ world. It’s been a safe place to retreat,” said Yoon.

The award-winning CBC sitcom series is returning on Tuesday for its fifth season, which is the first season to be filmed and released during COVID-19.

According to Yoon, one of the safety protocols put in place by the producers while filming was to separate teams to prevent crossover and have fewer people on set, which she says made filming much calmer.

Due to less staff coming in at the same time, the cast also acquired new skills while filming during the pandemic, such as touching up their own appearance prior to shooting.

“Basically, we do final touches to make sure that (our) faces aren’t shiny or your hair is in place, and I had no idea what I was doing. I felt like Homer Simpson at the nuclear power plant just sort of blindly dabbing away,” said Paul Sun-Hyung Lee, who plays Appa.

In addition to filming the latest season of Kim’s Convenience, Lee also landed a gig of his dreams by appearing in two episodes of Disney’s The Mandalorian as an X-wing fighter pilot.

“I felt like Cinderella at the ball, I honestly never thought I would get the opportunity to play in the galaxy far, far away,” he said.

“It’s an unbelievable feeling and it’s all thanks to Kim’s Convenience sort of opening that door for me… I can’t believe I got two episodes on it — I got to live the dream.”

Watch Yoon and Lee’s full interview with ‘The Morning Show’ in the video above.