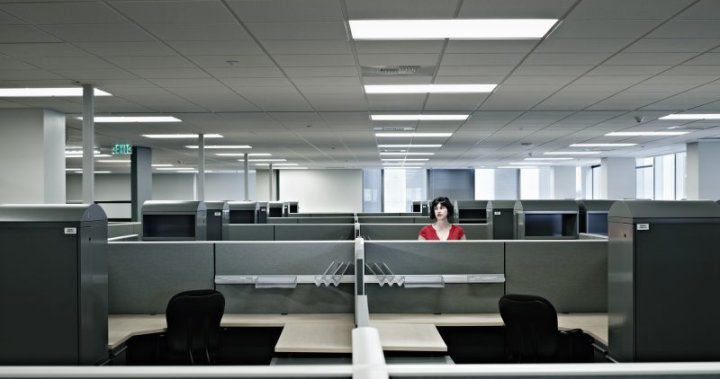 After burning the candle at both ends before the COVID-19 pandemic and for months during the lockdown and restrictions, Karen Gladden Barre decided that enough was enough. The North Vancouver mother of three stepped back from her job running operations and marketing at her husband’s technology company to spend more time with family and reassess her options.

“I was so tired and burnt out but I probably wouldn’t have used that language until after I started the break. I thought I was doing fine,” she told Global News.

“When you’re used to being really busy and then you stop, a lot of things come to the surface — things that you haven’t dealt with in a long time, emotions, curiosities, new interests that you have, passions that you had, but you forgot about.”

In the fall as her timeout from the workforce solidified, Gladden Barre dubbed her hiatus a “midlife gap year,” similar to gap years taken by students after secondary school but “with less parties.” She says the idea had been at the back of her mind for a while, but the lockdowns and changes at work “nudged” it to the forefront.

Labour market experts warn of a looming resignation boom because employees in Canada (and the U.S.) who have been contemplating an exit have largely held off. But as workplaces shift and there’s a better sense of what the next phase of work looks like, that pent-up attrition is set to begin and build.

During the pandemic, 130,000 people have left the workforce, according to Statistics Canada, meaning they have opted to stop working and are no longer seeking employment.

According to Canadian Centre for Policy Alternatives senior economist David Macdonald, there have been two “huge spikes” of people leaving the labour pool: one in March 2020 and another in September 2020, which coincides with the return to school.

“In 2021, women have been leaving in higher numbers than men, except in April where the situation reverses,” he said in an email to Global News.

Whether it’s because of burnout, the need to care for family members or a desire to reskill and make a career change, a wave of resignations is in the mail, according to employment lawyer and HR consultant Laura Williams.

“The pandemic has caused a lot of individuals to really become introspective with respect to all aspects of their lives and certainly to work,” Williams told Global News.

Her advice to employers who will need to manage an increase in the number of people who wish to leave is to clearly communicate how conditions at work are going to change as well as how expectations will shift in the “next normal.”

“Right now, business leaders aren’t doing as effective a job, in my observation, of giving the workforce a sense of where things will land with respect to flexibility,” she said. “A lot of employees feel they’re in the dark.”

Williams says employers should make clear the potential for hybrid work arrangements, if that’s possible, as well as what work arrangements and safety considerations will be in place. For example, if there are plans for a staggered return to the office, how will that be executed? She says continued flexibility in how and where they work will be crucial for employees juggling the demands of home life and a greater burden of caring for family members during rolling lockdowns and restrictions.

And after more than a year of “neglecting” or changing workplace culture, Williams points to a need to help employees feel more connected, especially if they suddenly shifted to remote work. By focusing on communication, flexibility and repairing company culture, she says employers may stem some of the attrition.

Read more:
‘There’s a lot of pent-up demand’ — Is it time to book your post-COVID-19 travel?

For employees who have made up their mind to resign or quit their jobs, Williams says that how you leave is just as important as why you’re leaving.

She recommends giving notice in person or via video as opposed to simply sending a text or email. You may encounter your boss and colleagues in the future throughout your career, she notes, so it’s best to “leave on the best terms possible.” Williams says simple and positive messaging to explain why you’re leaving goes a long way to avoid “burning bridges.”

Meanwhile, Gladden Barre is figuring out her next career move, though her hiatus has convinced her that flexibility is something she can’t give up.

She says the time spent with her children has been invaluable.

“By being more available to my kids and family I was able to find little pockets of time to really get to know them and for them to get to know me that weren’t planned or orchestrated,” she said.

“That was probably the biggest reward.”

‘It was my heart’: Women with heart disease face barriers to care in Canada, report says
These Letters from a Single Mother Will Make You Believe in Love Again | Philicia Baugh | Goalcast
Kentucky Woman Gets Unbelievably Lucky at Her Office’s Christmas Gift Exchange — Now She Can Afford to Send Her Kids to College
Podcast: What to know about “novelty hunting.”
How a social media group dubbed Mom Jeans is helping people fight inflation