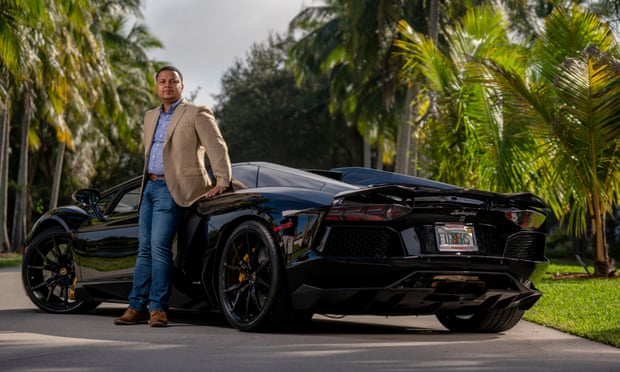 Freddie Figgers was left to die, but thanks to a knack for technology he went on to become a billionaire. Still, he never forgot about the man who helped him the most.

Thrown away in a dumpster

Freddie Figgers’ life had a devastating start. Just hours after being born, his mother, a drug addict, tossed him in a dumpster.

When he was discovered, Figgers was put into the foster care system and quickly taken in.

Figgers’ foster family had fostered 100 kids before him and had only adopted two, but there was something about Figgers that they couldn’t leave in the system.

“They were nearing 70, so adopting a newborn baby wasn’t part of their plans, but having seen the ordeal I’d been put through, they didn’t want me to go through the care system,” Figgers wrote in a heartfelt story for The Guardian.

He was obsessed with computers from a young age

Figgers was raised in a small town and was called “Dumpster Baby” by mean kids at school.

“I thought: did somebody really throw me away? Am I trash or a person? It bothered me for a long time but I overcame it. I had a mother and father who loved me,” Figgers wrote.

Instead of relying on friendships, Figgers turned to computers. His adopted father bought him a $24 Macintosh computer from a flea market. It didn’t work, so Figgers pried it open and figured out he needed to get it running.

“I took parts from the clock radio to put in the computer,” he wrote. “After about 50 attempts, I got it to work.”

At just 12, Figgers got his first job as a computer technician at city hall.

“By 14, I’d started writing code; after that, I remember sitting at a computer for two days in a row without even being hungry,” he wrote. “I loved it.

Figgers went on to help move a car dealership’s files to the cloud and did the same for other companies.

“I was earning good money at 14, but I was always saving because I knew I wanted to start my own telecoms company.”

He built technology that helps others

Figgers’ adopted father wasn’t like other dads due to his age. At 70, he couldn’t really throw a ball around very well.

When Figgers was 17, his father’s age really caught up with him as he was diagnosed with dementia. That meant he’d wander off in the middle of the night without a shirt on — but he’d always wear shoes.

“I took one and embedded a circuit board in the sole, which had a speaker and a sensor,” Figgers wrote. “When my father left the house, I could go to my phone or computer and say, ‘Hey, Dad, where are you?’ and my voice would play from the speaker in his shoe.”

The young entrepreneur managed to sell the technology for $2.2 million and planned to buy his dad the fishing boat he’d always wanted. But he was too late.

Figgers’ dad died 48 hours after his son became a millionaire.

He never forgot the people who helped him most

Instead of buying a boat, Figgers invested in things to help people such as a meter for diabetics to share glucose levels via Bluetooth.

Now a 31-year-old millionaire and CEO of Figgers Communication, he runs a foundation that helps children in foster care — just like he was.

Figgers said he wouldn’t have been able to get to this point without his loving father.

“I owe my parents everything because they showed me compassion and the power of having good people around you,” he wrote. “I never heard my father yell or get angry. He died in 2014, but ever since I was a kid, I knew that was the pair of shoes I wanted to step into.”

It certainly isn’t easy to adopt a child and there are so many stories about children desperate to reconnect with their birth parents.

But adoption can also be a beautiful, life-changing act. Despite not sharing DNA with a child, parents can have a deep bond that helps to influence a young life. Who knows, that adopted child might grow up to become a millionaire.

‘It was my heart’: Women with heart disease face barriers to care in Canada, report says
These Letters from a Single Mother Will Make You Believe in Love Again | Philicia Baugh | Goalcast
The World’s Best Blind Mountain Biker | Brian Bushway | #shorts
How to Show Up When Nothing About Your Life Is Perfect
Deaf Domino’s Employee Delivers Pizzas on Foot After His Car Breaks Down – In Return, He Gets a “Tip” of $12,000