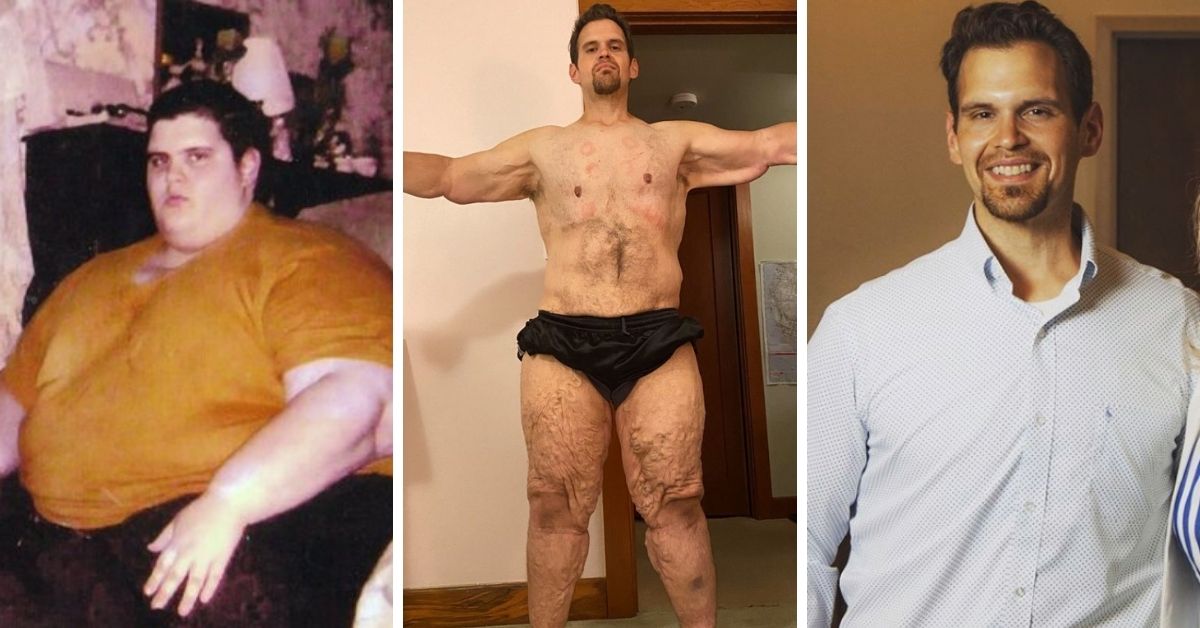 In 2003, Justin Willoughby was lying in a hospital bed in Pittsburg when doctors told him that if he didn’t lose weight, he was going to die. At the time, he weighed 799 pounds.

At only 16, Justin had to save his life

“I was only 16! I felt overwhelmed, but I decided to take one day at a time. I didn’t know if I would live or die,” Willoughby told HuffPost.

I just knew that I had to focus on the day I was living. I had a ‘lose weight or die trying’ mentality.

Growing up, Willoughby always overate and admitted he was addicted to food.

“I liked how it made me feel when I ate it. I got lost in it. It then became a habit. I longed for it, and sometimes that is all I could think about,” he said.

By the time he turned 14, he developed anxiety and panic disorder which landed him in the hospital multiple times.

Consumed with fear, he began to avoid leaving the house and used food to manage his emotions.

The critical event that changed his life

Willoughby had no choice but to confront his demons when during one visit to the ER, he required supplemental oxygen and learned his weight had climbed up to 799 pounds.

Willoughby got the wakeup call he needed to transform his life when doctors warned him that he was knocking on death’s door.

He was offered different options to assist him in his weight loss journey, but Willoughby was determined to go about it his own way.

My exercise started with just standing up and sitting back down at first. I remember my legs were sore from standing. I couldn’t wait to sit back down.

For Willoughby, completing a few minutes of standing was an accomplishment and with every passing day, he continued to make progress until he started a 33-day journey to complete a one-mile walk.

Then, he was ready to take the next steps

Then, he started going to a rehabilitation exercise therapy program at a local hospital, where he did cardio and some strength training.

“I dropped some weight in that program and decided to branch off on my own,” he said.

That was when he joined his local YMCA and started going on daily walks, before adding strength training to his routine. Pretty soon, he was preparing to run his first 5K.

Willoughby also had to overhaul his diet by replacing the heavily processed foods he’d been addicted to for so long with healthier alternatives.

I still consume food, but it doesn’t consume me.

Justin wants to help others

Willoughby decided to share his story to help others struggling with obesity.

“I am on a mission to make a difference in the lives of others who struggle with addiction, too, through public speaking and my website.”

Willoughby lost 200 pounds in his first year and another 200 pounds in the second. In total, he lost a total of 600 pounds, but he was left with a lot of excess, loose skin, which has been painful to live with on a daily basis.

He’s got some skin reduction surgeries done, but to reach his goal weight, he needs more interventions which is why some of his friends and co-workers have started a GoFundMe campaign to help him cover the cost of another surgery.

“The need is beyond what I can afford. It’s hard asking for help, but my friends insisted that we should attempt a fundraiser. I agreed, but it wasn’t easy. I had to drop my pride,” said Willoughby.

“I’m just so thankful for the support that I am receiving!” he continued. “I can’t wait to get this process started! I just want to feel comfortable in my own skin for the first time!”

The Walt Disney Company to mark 100th anniversary with new experiences
7 Ways Childhood Trauma Shows Up in Your Romantic Relationships
Slow mornings lead to deliberate days
Uber Driver Donates a Kidney to His Passenger – Here’s Why He Insists It’s Not a Coincidence
How to balance social expectations and your budget amid inflation: ‘It’s OK to say no’