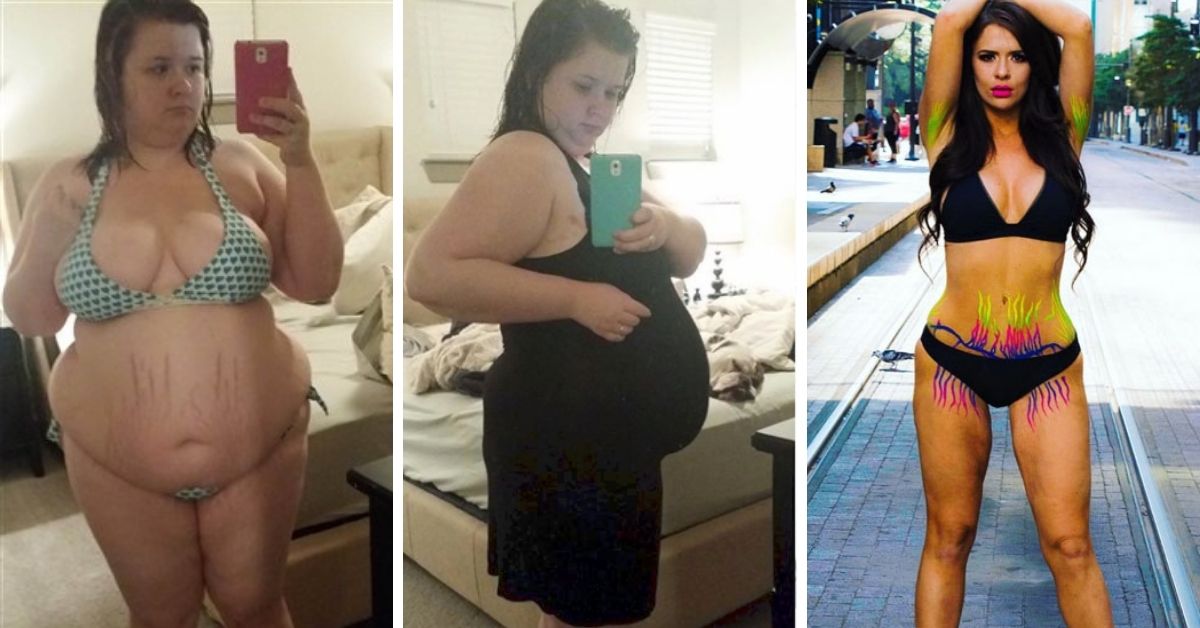 Christine Carter got a wakeup call that it was time to get serious about weight loss after attending a family reunion in July 2014 for the first time in several years.

“I saw my favorite uncle standing across the room,” Christine told Today. “As he approached me, he just kept walking.”

He didn’t recognize me because I weighed 275 pounds — I had to introduce myself to my own family. I felt like I had hit rock bottom.

Christine started putting on a lot of weight when she quit smoking and began to overeat whenever she was stressed.

She didn’t cook and was spending on average $2,000 a month eating out.

“Portion control was my problem, I would eat three times the amount of food I should,” Christine said.

I was on ten medications and was constantly in the doctor’s office. I felt horrible — I could barely move or go up a flight of stairs, and I was only 26!

A toxic relationship that didn’t help

Christine was also in an unhealthy relationship at the time, which only added to her troubles.

“My ex was very controlling, told me what to wear and I believe he wanted me to be fat so that I wouldn’t leave him. He also didn’t like me having my own friends,”she told the Daily Mail in an interview.

Being overweight, I didn’t feel I deserved anything better – I went from a place of being ‘fat and happy’ to just ‘fat.’

Christine turned to food to cope with her emotions and even as she tried different diets to manage her weight, her attempts were never successful and she became depressed.

Her confidence was at an all-time low, but she got a glimmer of hope after one of her co-workers underwent gastric sleeve surgery and started losing weight. Feeling inspired, she made an appointment to meet with the same doctor.

Her transformation was not without challenge

At 26, Christine had the surgery and initially lost 60 pounds, but because she still had bad eating habits, she gained back ten pounds within a month.

I realized I was going to fail again if I didn’t fix my mindset. “I realized that the surgery was only a tool and you can still ‘out eat’ it.

Determined not to let any more setbacks get in her way, Christine decided to hire a personal trainer in May 2015.

Together, they identified her emotional eating triggers and worked on getting healthier, both mentally and physically.

“I didn’t miss a single workout and I didn’t have a single cheat meal, and I lost another 90 pounds by November,” she recalled.

After losing 150 pounds, she was left with a lot of excess skin and decided to go under the knife again, this time for a tummy tuck and a breast lift.

“I gained a lot of weight in my abdomen, and worked really hard to save up money for the surgery,” Christine explained. “I’m young and I wanted to look like I did before, but I could have lived with the extra skin — thinking about it shouldn’t stand in the way of your weight loss.”

Since her transformation, she maintains she’s never felt better

The biggest change I’ve experienced is above my shoulders. Everything was a problem before: I was insecure and had poor habits. I feel like a cloud has been lifted. I’m confident. Life is different now.

She’s now happily married and has launched her own coaching platform, and uses her story to help others lose weight through her Instagram page.

Now, her mission is to help others

Christine now works to help others. Having proven to herself that change is possible, she wants to inspire other people who were in the same situations before.

“I remember how transformation images would give me hope, and I wanted to inspire other people. I started with 50 followers and it’s just grown rapidly,” Christine said.

More recently, she’s authored her first book: Weight-Loss Hero: Transform Your Mind and Your Body with a Healthy Keto Lifestyle.

“My biggest joy now comes from helping others transform the way I did.”