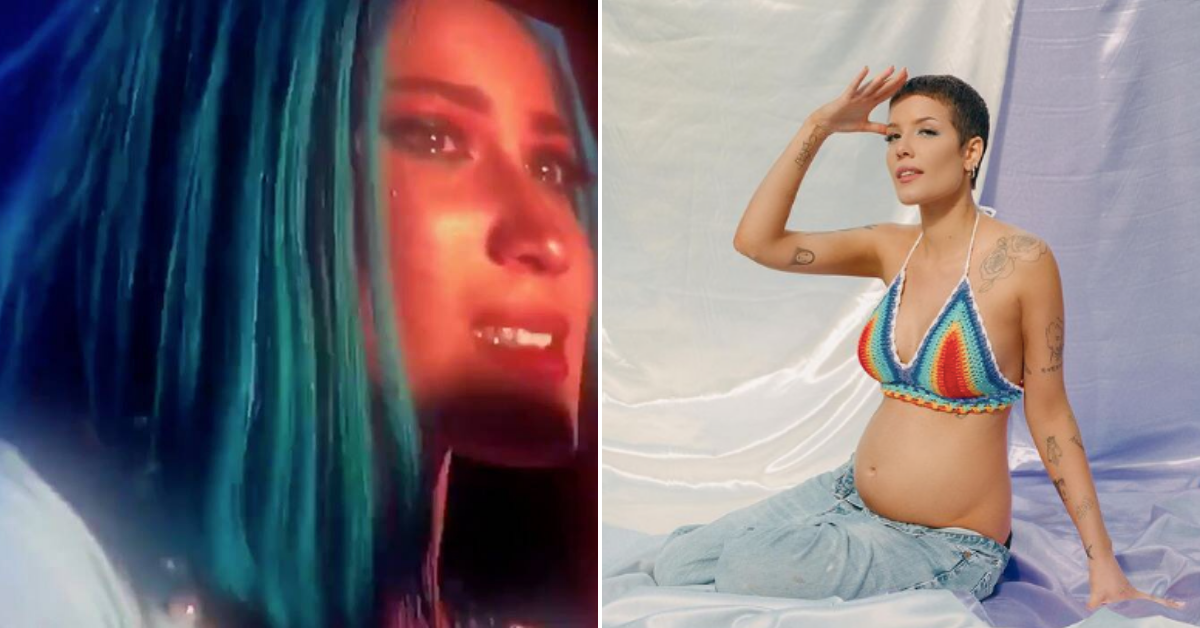 Singer Halsey’s life has had its share of ups and downs in recent years, from an unhealthy relationship to the shattering loss of a pregnancy. But now the year is starting bold and positive with a new love, and a new baby.

The songstress debuted her baby bump earlier this week in an Instagram post, announcing that her rainbow baby is on the way.

Her boyfriend Alev Aydin quickly responded: “Heart so full, I love you, sweetness.” Halsey returned: “I love you!!!!! And I love this mini human already!” she posted.

Halsey has been open and honest about her journey, even sharing in 2016 in a Rolling Stone interview that she had recently miscarried – and then had to carry on with a show right after.

A long way from her lowest point

“It’s the angriest performance that I’ve ever done in my life,” she said.

“That was the moment of my life where I thought to myself, ‘I don’t feel like a f—— human being anymore.’ This thing, this music, Halsey, whatever it is that I’m doing, took precedence and priority over every decision that I made regarding this entire situation from the moment I found out until the moment it went wrong. I walked offstage and went into the parking lot and just started throwing up.”

Carrying on through difficult times and finding light

But going through loss or pain and then carrying on is what Halsey does, and after she was diagnosed with endometriosis, she underwent the surgeries that involved – and then shared her experiences with her audience as well.

She also has gone through love and loss in the public eye, as she was in an on-again, off-again relationship with G-Eazy until 2018.

How fitting that love and happiness – and stability – comes at the same time as a beautiful baby. And what an inspiration for all of us going through rough times: Hope and perseverance can make even what seems impossible at the time come to light in a beautiful way.