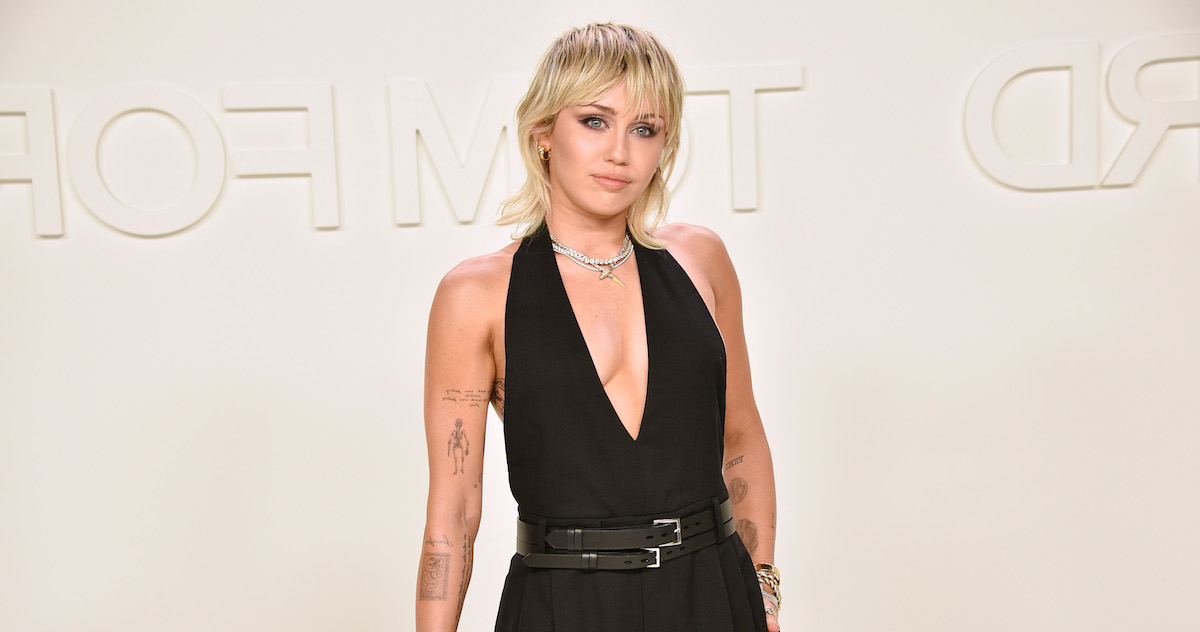 Miley Cyrus’s love life has always been the talk of the town but that doesn’t mean she’s letting the public or the press dictate her decision-making.

Too often, her ten-year relationship with Liam Hemsworth is painted as the epitome of the on-off couple. They get together as teenagers, they break up when the growing pains emerge, they find their way back after becoming mature, self-realized individuals; then they get hitched, and it crashes yet again. Some fans are still reeling from the news of their divorce over a year ago, while others rejoiced when they learned that she started dating Cody Simpson, a fellow musician.

Cut to the present and Miley Cyrus is keen on leading a fulfilling, kind, and single life. Though she hasn’t shut the door on dating, she’s focused on being more deliberate when finding a partner.

Ahead of the release of her new album Plastic Hearts, Miley Cyrus has shed some light on what it is that she expects from a partner and how she wants to improve her method when it comes to finding one. She hasn’t taken her former relationships for granted; though they didn’t work out, they’ve taught her valuable lessons about love, life, and most important, herself.

There’s no reason why we can’t implement Miley’s philosophy in our own lives as we continue to find the special person we think is going to complete our world. But beware: it’s not an easy ride.

Miley’s philosophy is that her previous relationships have been connections borne out of sparks, fireworks, and a whole lot of raw emotion that went unchecked. Therefore, she’s fixated on finding someone who’s “boring” for once, someone who doesn’t bring out the most animalistic, toxic traits in her. Rather, she’s looking for someone who is more calm and patient, someone who can be her “anchor” when the going gets tough and she needs a balance.

In the Barstool Sports’ Call Her Daddy podcast, Miley said:

I usually end up complaining they’re boring, but that’s what I need. I need boring.  I definitely, definitely need a calming, I need an anchor, I need a weight […]  it’s really important that I feel fulfilled and, yeah, they have to bring something to the table.

She added that what’s important to her is someone who can take care of themselves. As that’s an indicator of how well they’re likely to treat her. Miley doesn’t necessarily need someone who’s hell-bent on taking care of her at all times and seeing to all her needs; the ideal person will have some similarities with her and the two of them be able to bond on their common interests.

Miley’s specific interests are “clean eating” and “self-maintenance”; therefore, she knows exactly the kind of gatherings she has to attend to meet people who share those interests. This system of meeting new people, she feels, allows her to regulate the kind of people she lets into her life, so she doesn’t get stuck with someone she doesn’t like. She added:

You can really control the kind of people who are going to flow in and out of your life, and you can create a filtration system. So I’ve filtered my life of what I will accept and what I will not.

Her advice for break-ups? Make a pros and cons list.

In the same podcast, Miley spoke about how breakups can more painful than deaths in many ways. Both constitute an end of a relationship. While someone can’t physically get up from their grave to haunt you, your ex is still walking around on this earth, and therefore you’ll always be vulnerable to their presence. There’s going to be a part of you that wants to get back together with them, and it can be immensely daunting to fight that.

Miley’s advice for overcoming the pain of breakups, as well as the irresistible temptation to try to patch things up with your ex-lover, is to make lists. Sometimes it’s best to kiss the emotions goodbye and think with your head for once. She said:

Make a list on what you are gaining, what you are losing, what they are subtracting from your life […] I love lists. What do I want? How am I going to achieve it? What’s the next step? So with heartbreak I try not to get lost in the emotion.

There’s such a great deal of heart and emotion involved in the biggest decisions of our lives. There’s definitely a place for them, but if something’s not working out for you and you want to get away from your bad habits, thinking logically is often your best bet. You can trust observations, you can trust measured results, and therefore, you can trust the decisions that emerge from logical reasoning. They may not always be intuitive but sometimes that’s all it takes. Especially if you’re trying to find the lover of your life and you need to fix up your criteria a little bit.

Miley healed from “trauma” by moving on and getting busy

Miley also shared that the last two years have been traumatic for her: she lost her Malibu home in a fire, she went through a divorce, she lost her grandmother, and then she went through another break-up. She’s been going through a “self-realization period,” where she gets a stronger grasp of what she wants in life. The process of achieving self-realization had led her to pursue those passions without feeling selfish or guilty.

She also reiterated that overcoming the trauma has only been possible by getting active and moving on; she can’t control what occurred in the past, she can only control her own reaction. She said in an interview:

In a way, I didn’t spend too much time crying over it. It wasn’t ‘cause I was cold or trying to avoid feeling something […] I heal through movement. I heal through traveling and meeting new people. As you lose one person, another person comes into your life.

Miley also confirmed recently she’s been sober for six months, admitting she fell off the wagon during the pandemic. She also said it’s not so much the drinking that’s been bad for her but rather the decisions she’s prone to make after she reaches a certain level of inebriation.

She also said that this is the first time she’s been single since 2015, and she wants to dedicate all this time to herself and her projects, saying this is a “super pivotal” moment for her.

Don’t let your emotions control you

Miley’s journey to achieving self-realization has been far from easy but the artist remains convinced that thinking with your head, as opposed to just your heart, can often be more beneficial and fulfilling in the long run. It goes without saying that human beings are impulsive creatives who are led by emotion nearly all the time, but we need to put away certain romanticized notions of finding love. A lot of it is about figuring who can make your life complete and fulfilled, and it’s about learning from mistakes and making a note of them.

We are complicated beings, and therefore you need simplified solutions to move forward in life. Making a pros and cons list when looking for a partner is just as valid as letting your heart guide you. Moving on quickly from trauma by traveling and meeting new people is just as valid as wallowing or processing through it slowly. At the end of the day, your emotions are merely a part of you; they’re not your limbs or your organs — they don’t control your existence. So sometimes it’s best to lock them up for a little bit and move on the best way you can.

Quordle: Hit Wordle-style game finds B-U-Y-E-R in Merriam-Webster
This Is What Self-Care Really Means, Because It’s Not All Salt Baths And Chocolate Cake
Uber Driver Donates a Kidney to His Passenger – Here’s Why He Insists It’s Not a Coincidence
This Is How You Become the Best Version of Yourself in One Step | James Lawrence | Goalcast
The Single Greatest Mistake A Man Can Make | Jordan Peterson