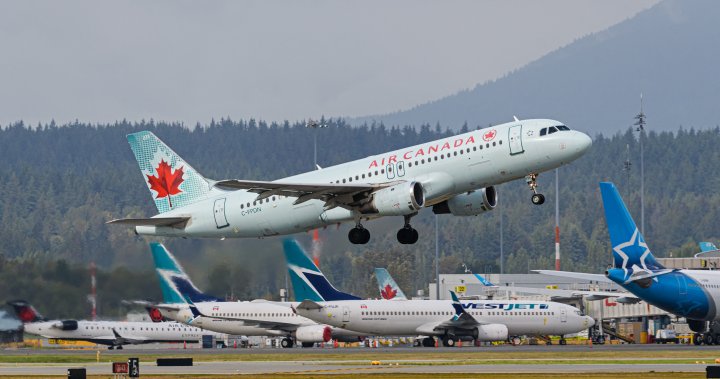 Air Canada is cutting an additional 1,500 jobs and suspending more international flights while the airline grapples with heavy travel restrictions imposed to help quell the spread of new coronavirus variants.

Effective Feb. 18, the airline told Global News that 17 flight routes to the U.S. and overseas will be temporarily suspended until at least April 30.

“Affected customers with bookings will be contacted with options, including alternate routings,” Air Canada said.

The suspensions include flight routes from Toronto to Boston, Washington, Denver and New York as well as Montreal to Boston and New York, and Vancouver to Seattle.

Other international routes affected include flights from Toronto to Bogota, Dublin and Sao Paulo, Montreal to Bogota and Vancouver to London, England and Narita, Japan.