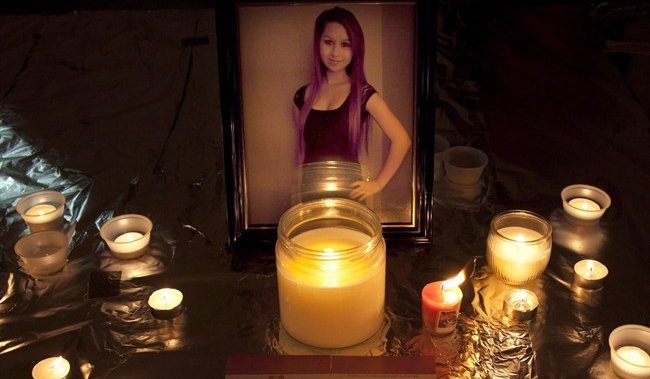 Eight years ago, 15-year-old Amanda Todd took her own life.

The Grade 10 student from Port Coquitlam, B.C., died by suicide in October 2012. This was soon after posting a chilling black-and-white video online describing the details of the cyberbullying she lived with both online and in school.

Her mother Carol Todd, who has been outspoken about Amanda’s case and the realities of children dealing with cyberbullying, is retelling Amanda’s story in an upcoming documentary called Dark Cloud.

Todd, along with anti-bullying expert and psychologist Wendy Craig of Kingston, Ont., recently joined hosts of The Morning Show to talk about why cyberbullying continues to be a threat today.

In Amanda’s case, her mother says technology has come a long way.

Craig says cyberbullying is when social media is used to harm or hurt another person on purpose and typically it isn’t a one-off event.

“In Canada, 33 per cent of children are affected by it so it’s a significant kind of problem,” she said.

“Social media just presents an opportunity to harm another through bullying.”

2:05
Amanda Todd’s story is being told in a whole new way.

Amanda Todd’s story is being told in a whole new way.

Todd also adds taking this time now to speak about her daughter in a way has helped her grieving process.

“It made me feel like I was doing something positive in such a tragic circumstance.”

She adds that being an educator herself, her whole mission in life was to help others.

Looking for love? 44% U.S. adults use dating apps to find long-term partners: study
Woman Realizes the Homeless Man She Bumped Into Is Her Childhood Friend – Does Everything to Get Him Back on His Feet
How I Stopped Feeling Embarrassed and Ashamed of Being Single
If You’re Feeling Judged: One Thing You Need to Understand
8-Year-Old Boy’s Family Is Down to Their Last $12 Living in a Shed – Until His Own Business Saves Them All