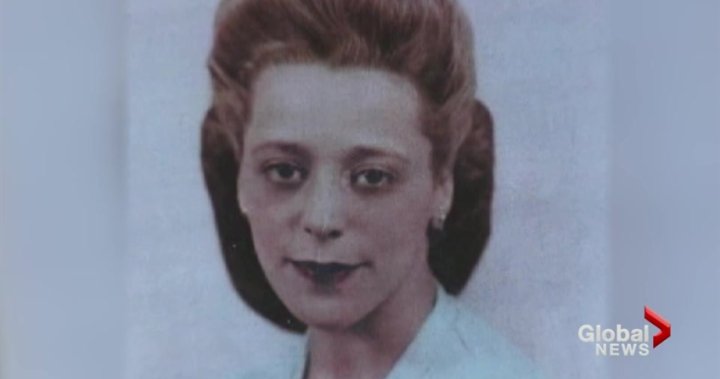 An art display paying tribute to Viola Desmond is nearing completion on the building where the civil rights icon took her most high-profile stand against racial inequality in Canada.

Desmond, a Black Nova Scotian who is commemorated on Canada’s $10 bill, refused to leave her seat at the Roseland Theatre on Nov. 8, 1946.

The segregated movie theatre relegated black patrons to the balcony at the time, while floor seating was reserved for whites. Desmond, who was shortsighted and could not see properly from the back, sat in the floor section and refused to leave.

The beautician and entrepreneur from north end Halifax was dragged out of the theatre by police, arrested, thrown in jail for 12 hours and fined.

It would take 63 years for Nova Scotia to issue Desmond, who died in 1965, a posthumous apology and pardon.

The art on the side of the recently renovated Roseland Theatre was chosen through a contest created by the law firm MacGillivray Injury and Insurance Law.

A news release from the firm said lawyer Jamie MacGillivray acquired the building in 2015, after it had been condemned, and he has restored and renovated it, with the art display featuring prominently on an exterior wall.

0:38
Viola Desmond tribute among murals being added to Mulgrave Park in Halifax

The pieces on the building, which include several that depict Desmond sitting behind bars, are among more than 400 that were submitted for consideration.

Each of the winning submissions was photographed and sent to a manufacturer in Europe, where they were digitally printed onto panels capable of withstanding exterior display.

The committee hired contractors to mount the panels over the summer and there is also a plan to install a metal film strip, which will be woven through the artwork panels.

“This building, which for many decades bore nasty scars of racial injustice and unrest, has now been transformed into an artistic showcase of hope, peace, unity, diversity, and last but not least, inclusion,” said Henderson Paris, chair of the Viola Commemorative Committee, in a news release.

Desmond’s story went largely untold for a half-century, but in recent years she has been featured on a stamp, and her name graces a Halifax harbour ferry.

A Toronto park and streets in Montreal and New Glasgow bear her name, and she was inducted into Canada’s Walk of Fame in 2017.

This report by The Canadian Press was first published Oct. 3, 2020.

How a social media group dubbed Mom Jeans is helping people fight inflation
All the Things I Didn’t Tell the Men I Dated Because I Was Afraid
How to Show Up When Nothing About Your Life Is Perfect
Looking for love? 44% U.S. adults use dating apps to find long-term partners: study
How I Stopped Feeling Embarrassed and Ashamed of Being Single