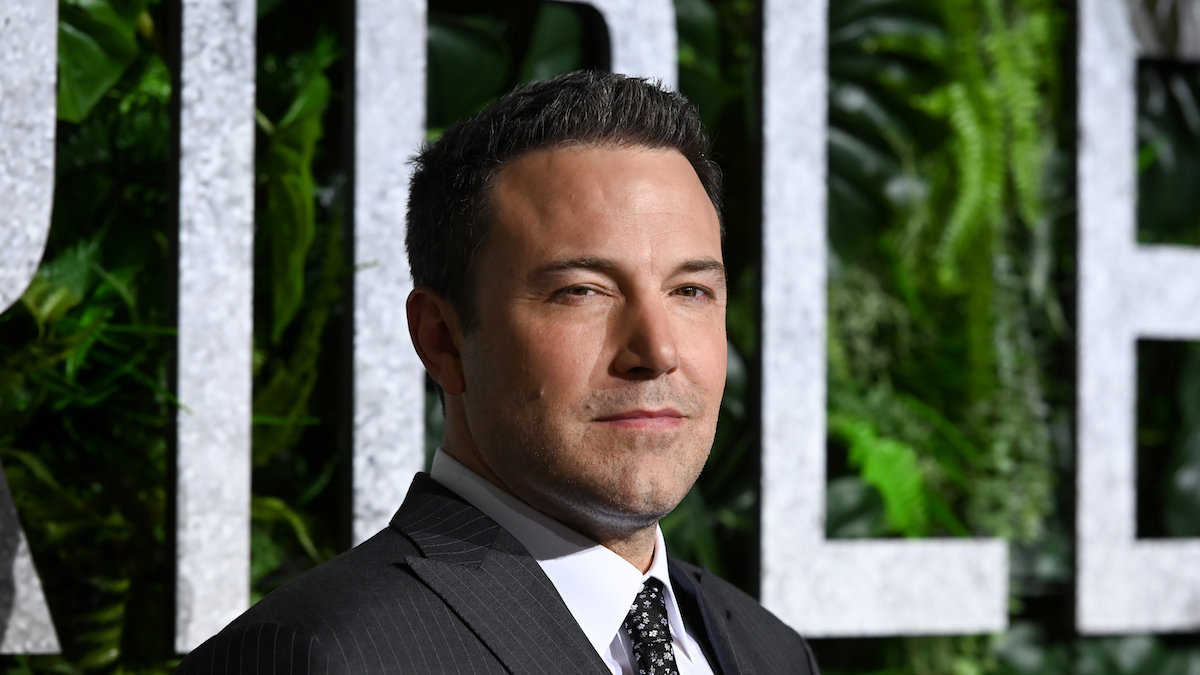 Ben Affleck is a many-storied writer, actor, and director with a human tale to tell. We know him best for his roles in endless classics, from Dazed and Confused, to Chasing Amy, Armageddon, Daredevil, and Justice League to name a few.

But we also know him for his textured past, namely his less-than-graceful divorce from Jennifer Garner, and his struggles with alcoholism—which, it should be noted, were not unrelated. Ben has admitted that while he drank relatively normally for a long time, excessive drinking played a role in his divorce, and that he “started drinking more and more” while his marriage was “falling apart,” circa 2016. “My drinking, of course, created more marital problems,” he said.

But through it all, Affleck, now sober, has nonetheless managed to keep his career afloat, and more importantly, he has managed to circle back around to accountability, and emotional honesty— with his loved ones and with himself.

Ben Affleck’s father blames himself for his son’s struggles

Ben’s father, Timothy Affleck, also suffered from alcoholism, but has been sober now for 31 years. A retired social worker, he split from Ben’s mom when Ben was just 11, but remains close to the whole family.

Tim Affleck blames his own alcoholism for Ben’s issues and is pleased he continues to take his recovery seriously after a relapse in 2019.

I’m very proud of my son, I’m happy that he seems to be doing well, I’m a supporter. It’s a tough road and I think he’s done extremely well. The signs are good, he has good friends, he keeps busy, those are the important things.

“My father has thirty years of sobriety and I have a tremendous amount of respect for what that takes and what that means,” says Ben.

Part of being an adult is learning that your parents are just people. They’re not perfect. They were just doing their best.

“My father didn’t get sober until I was 19,” he adds, “and so I know how important those years are and they are all the more critical for me. I also see my dad’s life for what it is, which is the guy who tried his best, who dealt with addiction and then overcame it. My father was definitely a low bottom alcoholic and yet for thirty years, he hasn’t had a drink. And now, I take that as the principal lesson and legacy of his life — is that he dramatically improved it.”

The vital lesson in Ben’s expressive self-awareness here, is that we are so much more than our parents’ mistakes, even when we repeat those mistakes. Take a moment to let that sink in. Sure, there are those who repeat their parents’ mistakes and never manage to resurface—nothing is easy when you come from a vicious cycle of addiction, mental health issues, and/or abuse.

There is most definitely a long history of addiction and mental illness in Ben’s family. Two of his grandparents were alcoholics, and his paternal grandmother and uncle, both addicts, committed suicide. His aunt was a heroin addict, and his brother is a recovering alcoholic. Ben attended Al-Anon support meetings as a kid due to his father’s issues with alcohol.

But to fall for the same traps as one parents and still manage to resurface with a brighter, cleaner sense of self and a renewed sense of purpose? That’s inspiring, and something to be proud of.

Ben was afraid his children would pay the price

“I really don’t want my children to pay for my sins,” Ben admitted, “Or to be afraid for me, which is one of the hard parts of being the child of an alcoholic. You think, ‘What if my dad gets drunk? What if he does something stupid? What if he ends up on TMZ,’ you know? And on my newsfeed and other kids see it?”

These days, Ben’s main focus is on maintaining sobriety himself so he can be clear and present for his three children Violet, 15, Seraphina, 12, and Sam, 9.

“When my life got stressful,” recalls Ben of drinking throughout his divorce, “which principally had to do with the disappointment and the pain that the divorce caused my children, that affected me profoundly.”

I didn’t want to see them hurt. I found myself drinking more and more at night at home by myself. It was something I was doing to avoid dealing with painful feelings. My parents got divorced when I was young. I know how painful that is.

Even though Ben’s father didn’t get sober until he was basically an adult, it’s well worth noting that Tom Affleck still managed to set a positive example for his son. Just the fact that he picked himself up from his own rock bottom after so many years of alcoholism and managed to get sober and stay sober—that must have affected Ben on levels he wasn’t even aware of. The best part is, if he holds onto that part of his father’s legacy, he’ll have all the inspiration he needs to stay sober in the long run too.

“It’s more motivating to reach towards something positive than to run from something negative, and more impactful to look at the rewards you get from sobriety and how life can get better,” he says of his own trajectory.

“As a child, we expect perfection out of our parents,” he says. “I learned to be able to look at things that I wish were different about my childhood and say they [my parents] did their best. They were dealing with their own stuff and their own childhood trauma. The goal is to try and break some of these painful cycles.”

Ben inspires through his vulnerability

Ben Affleck continues to be publicly open and honest about his journey, which, as far as I can tell, is an incredible way to lead by example and do his own personal best for his kids.

The most unbelievable part is that anyone can do it. No matter what horrendously self-destructive pattern you think you’re eternally stuck in; no matter what your relationship with your family is like; you can pick yourself up and see yourself again. Don’t let anyone tell you otherwise.