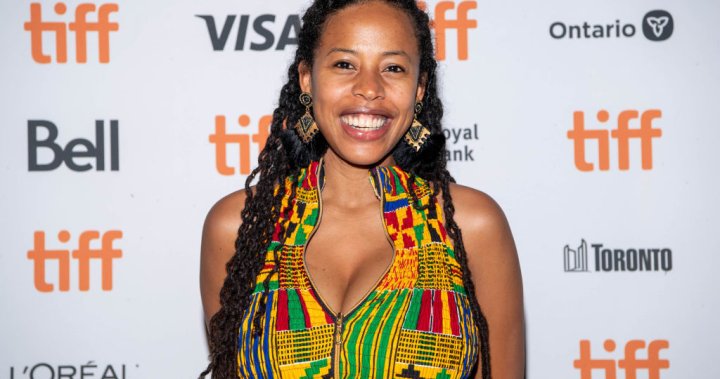 In 2018, Donisha Prendergast was packing up to leave a California Airbnb with her friends when a neighbour called 911.

The neighbour claimed the Black woman and her friends were breaking into a home. Within minutes, the group was surrounded and detained by several police vehicles, including a helicopter.

The incident sparked heated conversations on racial profiling, policing and anti-Blackness, and is also the inspiration behind Black Bodies.

Read more:
‘From taking a knee to taking a stand’: Why anti-Black racism in Canada can’t be ignored

The film by Kelly Fyffe-Marshall stars Prendergast and Komi-Oluwa Olafimihan, who were all also a part of the Airbnb incident.

“It was very unreal. It was very upsetting to realize the reason why they were there in the first place. It was nerve-wracking. I was very anxious, but someway, somehow, I was able to contain myself,” Prendergast says.

There have several cases of white people calling the police on Black folks, many of which have been caught on camera and distributed virally across social media.

Prendergast says the reason we are hearing more stories is not only because of social media but because of the racial uprisings that have changed the tone of the world.

“People are more ready to have these conversations and document what is happening because that is the way that we are able to assert our rights in these moments.”

Black Bodies has premiered at the Toronto International Film Festival, where it was awarded the Changemaker Award. Now, it is being featured at the 2021 Sundance Film Festival.

Read more:
‘Cogs in the colonial wheel’: Why racism in Canada’s police force is as old as policing

“I think one of the reasons why racism exists is because there’s a lack of emotional insight into what it is like to be oppressed and always looked upon as a criminal,” she says, adding that they hope the film will be able to incite conversations around white privilege.

Prendergast adds that while it is exciting to showcase their work as creatives on these platforms, there is also a level of sorrow, mentally knowing why the film was created in the first place.

“This isn’t just entertainment. This is a worldwide issue that demands more visibility,” she says.

Prendergast, who is also the eldest granddaughter of Reggae icon Bob Marley, highlighted his song War, as she says it continues to be relevant today.

“(It’s) based on the words of His Imperial Majesty Emperor Haile Selassie, the first of India, which says until the philosophy, which holds one race superior and another inferior is finally and permanently discredited and abandoned, everywhere will be war,” she says.

Watch Prendergast’s full interview with ‘The Morning Show’ in the video above.

It Takes One Person To Make You Feel Like You Matter | Kyle Scheele Inspirational Speech | Goalcast
Uber Driver Donates a Kidney to His Passenger – Here’s Why He Insists It’s Not a Coincidence
How to Un-Stub Your Toe on the Nail of Life | Eric Bailey Motivational Speech | Goalcast
Detroit Couple Turn Vacant Lots to Bee Farms – Including the Childhood Home of One Legendary Rap Superstar
This Year, Let Go Of The People Who Aren’t Ready To Love You