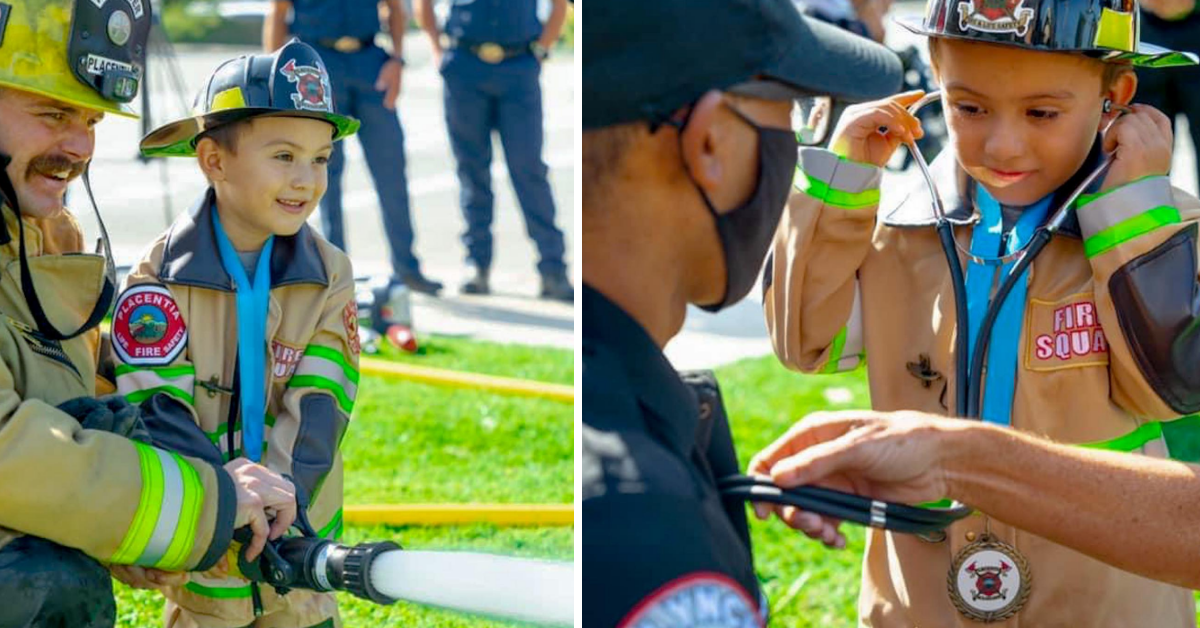 Heroes come in all shapes and sizes.

Take Mason Ochoa, for instance. He jumped to the rescue and saved his two-year-old brother Nicholas from drowning in the family pool – and he’s only four. Ochoa earned himself a challenge coin from the local fire department and lifelong gratitude from his brother.

Toddler to the rescue

When Mason heard an alarm sound from the pool, he scurried his tiny feet into action. It was October 20 and his younger brother, Nicholas, had fallen into the family pool in Orange County, California.

Mason grabbed his brother and kept his head above water. Then, he followed his instincts yet again and called for help.

Mason’s mother Stephanie managed to pull the boys to safety, but Nicholas wasn’t breathing. So her husband Jose called 911.

“My wife told me right now that my son fell in the pool and he wasn’t breathing, that he’s crying right now, but that his face is purple and he’s — she can’t talk right now I’m on my way to them,” Jose said in the recording, according to NBC Los Angeles.

Moments later, Nicholas became responsive again and didn’t appear to be hurt. His brother had saved his life.

Mason’s grandfather, Raul Velez, said there’s usually a fence around the pool, but it was taken down when the house sold.

“It’s an example for people with little kids. We have to be very careful,” Velez told CBS Los Angeles.

Honored by the fire department

Members of the Placentia Fire Department honored the young hero by giving him the run of the facility. Mason was able to try holding a hose line, check out rescue tools and got to play with a roll of bandages, all while dressed in a firefighter’s uniform.

“Individuals in this profession gravitate to this calling because they have a need to act,” Placentia Fire Department Chief John Van Gieson said, according to NBC.

Afterward, Gieson presented Mason and Nicholas with challenge coins and said the young hero has a job waiting for him in about 14 years when he turns 18.

A hero in all of us

You don’t learn how to be a hero at school. We are born with instincts and can either listen to them and take action to help others – whether it’s our younger brother or a complete stranger – or ignore them.

These Letters from a Single Mother Will Make You Believe in Love Again | Philicia Baugh | Goalcast
‘It was my heart’: Women with heart disease face barriers to care in Canada, report says
All the Things I Didn’t Tell the Men I Dated Because I Was Afraid
Why I Didn’t Trust Myself to Make Decisions (and What If It’s All Okay?)
How I Stopped Feeling Embarrassed and Ashamed of Being Single