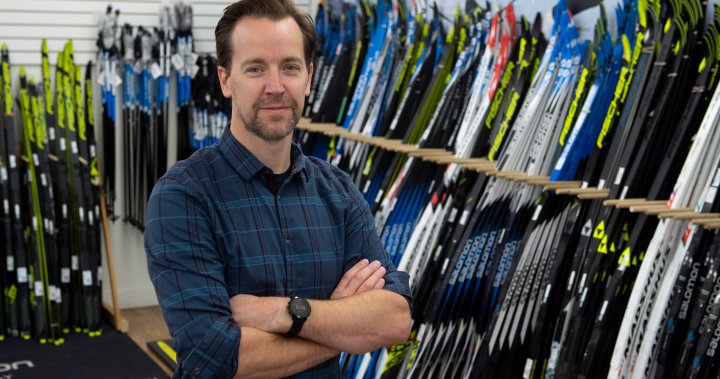 At Fresh Air Experience in Ottawa, a sporting goods store that specializes in bikes in the summer and cross-country skis in winter, the demand for ski equipment doesn’t traditionally take off until the first flakes of snow have fallen.

But business is already booming, months ahead of schedule.

After record bike sales during the first part of the COVID-19 pandemic, Fresh Air owner Jon Digney is seeing the same phenomenon with cross-country skis. He’s booking appointments for in-store shopping up to three weeks in advance.

“Traditionally, when we transition from bikes to skis, we have a lull during October and November. The Christmas season kicks it off early December,” Digney said.

“This year, it’s already full speed ahead. We didn’t have any transition. We went straight from bikes to skis in a day.”

If there’s a silver lining eight months into the global pandemic, it’s that Canadians have embraced the outdoors.

But winter will present new challenges. While we know the importance of fresh air and movement for physical and mental health, the cold and shorter darker days will push people indoors.

Gabor Csonka, president of Calgary’s Foothills Nordic club, isn’t surprised that cross-country ski equipment is flying off the shelves. The sport’s benefits, he said, are numerous.

“You’re outdoors usually in a beautiful environment with trees and hills. Humans need to connect with nature,” he said. “And you don’t need to be in close contact with anyone, but you can still go for ski and and have a conversation with someone.

“It’s just a fantastic feeling to go and ski quietly, with decent space, through the woods.”

“Do we have enough parking spaces, toilets, and trails that are groomed or maintained?” he said. “That’s a challenge.”

Across the country, federal and municipal governments are still hammering out winter plans.

The City of Toronto’s ActiveTO program of road closures was extended into October because of its popularity. Now, Toronto will switch gears to promote its toboggan hills, snowshoeing trails, and the city’s 50-plus outdoor ice rinks.

“Embrace fall, embrace winter,” said Howie Dayton, Toronto’s director of community recreation. “There’s so many great things to explore outdoors in Toronto, so it’s a chance to really connect with nature this fall and winter and try some outdoor sport and outdoor activities that you’ve never done before.”

Precautionary measures around issues like skate rentals at the popular Nathan Phillips Square rink are still being ironed out.

Quebec continues to be Canada’s COVID hotspot. And with the situation evolving, Montreal has prepared various scenarios to enable residents to enjoy outdoor activities safely, the city said in a statement.

“For the time being, and provided that all conditions remain unchanged, only individual outdoor activities will be promoted,” the statement said, listing hiking, skiing, snowshoeing, fat biking, and skating.

Read more:
Cross-country skiing craze in Edmonton: ‘It’s a bit of a madhouse’

Tara Lovell, Blue Mountain’s manager of public relations, said planning ahead will be key this season.

Capacity will be kept to a reasonable number, “So that there’s enough space, whether it be in a lift line or the base lodge . . . so that all those spaces accommodate physical distancing,” Lovell said.

Blue Mountain has appointed task forces to study everything from lift lines to lessons, to dining and lodging.

“When it comes to rentals and other amenities you’d typically go indoors for, we’re exploring things like having tents and heated outdoor spaces,” Lovell said. “As much as possible, we’re getting people outside.”

Masks will be mandatory both indoors, and anywhere outdoors where distancing is difficult, such as in lift lineups and on lifts.

Few Canadian cities do winter better than Ottawa. Sue Holloway, the first Canadian woman to compete in both summer (canoeing) and winter Olympics (cross-country skiing), said it’s no coincidence she lives across the street from Ottawa’s Mooney’s Bay.

She and her adult daughters Sarah and Alexandra are regulars on the park’s groomed cross-country ski trails.

“We’ll go out for an hour-and-a-half, two hours, then go on have a coffee or something or hot chocolate or a Danish, there’s always a reward,” said Holloway, who coaches young kids at the Nakkertok Nordic Cross-Country Ski Club.

Ottawa also boasts the multi-use SJAM Winter Trail, an urban trail that has both classic cross-country tracks, plus space for walking, fat-tire cycling, and skate skiing.

“There’s lots of opportunities in Ottawa for people to get outdoors, and (in addition to) COVID there’s our lack of sunlight in the winter and our need for vitamin D,” she added. “Being outdoors and getting our sunlight as well as our exercise is just so essential to our mental and physical wellbeing.”

Psychological sustainability is mental wellbeing manifested by healthy behaviours and feelings of happiness and fulfillment _ and it’s threatened right now, not only by the isolation, fear, job loss, etc., around COVID-19, but other stressors such as politics and the U.S. election, Mazumder said.

“Then you’ve got winter and people’s perceptions of the winter time as being not a nice time of year,” he said. “I’d love to see cities putting fire pits outside, putting blankets out, keeping these pop-up bike lanes and sidewalks open and really encouraging people.”

Sidewalk snow removal will likely be a hot-button topic. Icy, snowy sidewalks will increase isolation for many.

“If you tell people to go outside in the winter, and then they slip and break a hip or something because the sidewalk’s not cleared, then that’s a massive disincentive,” Mazumder said.

If the early-season cross-country sales at Fresh Air Experience are an indication, many people are at least planning for outdoor activities.

Digney, the store’s owner since 2012, said many shoppers are first-time skiers.

While his store doesn’t sell snowshoes, he said “I guarantee the same phenomenon will happen.”

Bike stores had trouble keeping up with the spring and summer demand, and Digney predicted his store will sell out of cross-country equipment “just like with bikes.”

“Certainly (bikes) that we had were selling when they came in the door,” he said. “And with skis, it’s going to be the same.”

How to balance social expectations and your budget amid inflation: ‘It’s OK to say no’
7 False Beliefs That Will Keep You Trapped in Your Head Forever
How to Un-Stub Your Toe on the Nail of Life | Eric Bailey Motivational Speech | Goalcast
This Year, Let Go Of The People Who Aren’t Ready To Love You
How to be the Smartest in the Room | Ibram Kendi | Goalcast