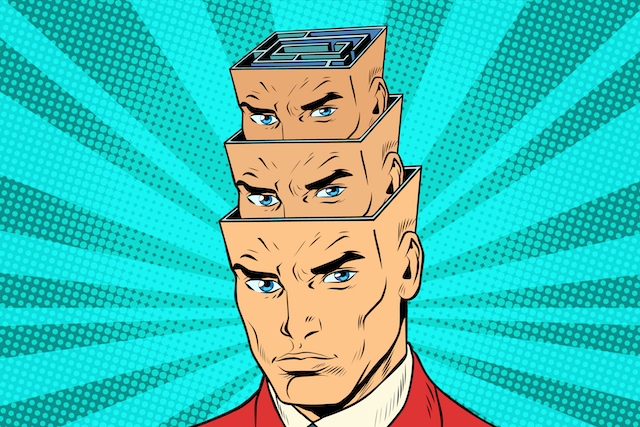 In Harper Lee’s To Kill a Mockingbird, the main character Atticus Finch says, “I wanted you to see what real courage is, instead of getting the idea that courage is a man with a gun in his hand. It’s when you know you’re licked before you begin, but you begin anyway and see it through no matter what.”

What real courage is.

The message Atticus Finch provides is simple yet poignant and so often overlooked in our homes, communities, businesses, and society today.

A quick search on Merriam-Webster reveals their definition of courage to be “mental or moral strength to venture, persevere, and withstand danger, fear, or difficulty.”

That definition fully supports the message Atticus Finch has been sharing with readers and viewers since the early 1960s.

However, what it doesn’t support is our society’s narrow-minded view that courage is about being tough, domineering, combative, uncompassionate, and even violent.

These stereotypes are continuously portrayed in movies and television shows, tolerated in our workplaces, prevalent in politics, and sadly, instilled in our children.

What real courage means to me is the ability to go against the grain—to stand up for what may not be popular, for what may even get you ostracized, for the betterment of others and yourself.

I would say a good representation of real courage are those who make the difficult decision to speak out against the bullies on the playground, who grow up and become bullies in the workplace. Something I sadly know a few things about.

I’ve spent much of my life battling personal insecurities. While professional help has certainly aided in my continual journey to lessen their presence, as anyone who’s struggled with insecurities very well knows, you’re never completely rid of them. You just find ways to manage through and around them.

My insecurities—like a loyal though unwelcome companion—rendered me timid, non-confrontational, unworthy, fearful, and quiet. When compounded with the reality that I was never athletic—a stereotypical and seemingly necessary characteristic when measuring manliness in society—I was often branded as an easy target for bullies.

My grandparents, who were always there to offer a compassionate ear without judgment, offered the following advice when I was being bullied at school: “Just walk away and they’ll leave you alone.”

While my grandparents undoubtedly meant well, their advice didn’t build my self-esteem as much as extinguish what little I had. While their advice did in fact pause the bullying for a short duration, the cycle would continue not long after.

As I got older, married, and matured naturally with age, my insecurities subsided in many areas, and my days of being bullied seemed like another place and time in an existence now void of such challenges.

But it wasn’t long before I started to realize that bullies don’t just exist on the playground.

Sadly, I’ve experienced workplace bullying throughout my career to varying degrees. Through it all, I continually adopted my grandparents’ advice to “just walk away.”

With workplace bullies often influential and powerful in organizations, it seemed like sound advice, especially given that the ultimate purpose for Human Resources is to protect the company, not its employees.

But all that changed recently when I volunteered to take some professional development courses on communication, in order to better interact with my peers, as I’m currently a remote employee.

While we’re taught reading, writing, and arithmetic during our undergraduate education, we’re rarely taught the skills to be an effective communicator.

Oftentimes what we learn comes from witnessing an exchange of dialogue between those around us—in our homes, our schools, our communities, on television and in the movies, and yes, at our places of employment.

However, not all the traits we absorb for being an effective communicator are rational or authentic.

The online platform I’m utilizing suggests other courses to take after completion—one of which was “Bullying in the Workplace.” At first, I was going to bypass the suggestion altogether, but thought maybe there was something I needed to read.

As it turns out, purposely isolating someone, making it known that you refuse to work with them even though the relationship is warranted, is in fact a bullying technique often referred to as “social bullying through intimidation.”

Society believes that bullying fits into a neat little compartment. That it has to be aggressive and physically or verbally abusive in nature in order to be branded as such.

But the reality is that bullying takes on many forms in schools, in businesses, and even in our homes. It’s so much more than just the violent behaviors we see popularized in news headlines and on TV shows, and therefore is often dismissed as nothing more than “personality conflicts.”

While many consider being bullied as a test of one’s courage, I personally believe the measure of one’s real courage comes after you’ve accused the attacker.

Sadly, many organizations fail to see bullying as a legitimate complaint, and often show little compassion toward those who bring bullying to their attention. My situation was no different.

When I finally got up enough courage to make an official accusation that this refusal to work with me was, in fact, bullying, my superiors implied I was being paranoid and overly sensitive, fabricating observations in my head, as though my feelings weren’t warranted at all.

With the exception of my direct manager, everyone implied I was wasting the companies’ time on a complaint that I suspect they already rendered baseless before a single in-person interview was conducted.

They never asked me how I was feeling throughout the process. They never told me how courageous it was to bring such a difficult matter to the forefront of the company’s attention in the hopes of making things better for everyone.

I never felt the company applied empathy to my circumstance, dismissing the consensus from cited research which was meant to provide credibility to my accusation, by claiming they simply couldn’t find any evidence supporting what I was talking about.

I wish I could say that my workplace bullying complaint was taken seriously, but it wasn’t. It was quickly swept back under the rug after it was brought to management’s attention, leaving me to question if anything positive actually came from the experience.

Admittedly, my bullying experiences have never reached the incredible magnitude others have been forced to endure, and truthfully, they are more of a shining example of courage than I can ever proclaim myself to be. But I do understand how it feels and that connectedness helps us realize we’re not alone in our plight.

It’s important to remember that courage doesn’t mean you emerge victorious. It doesn’t mean that the so-called winner in our competitive hierarchy has really won much of anything.

Courage is standing up for yourself when the risks are many and the possible rewards are few.

I now know firsthand why so many cases of bullying in the workplace go unreported—why so many wonderful people choose to remain silent and instead leave organizations they truly love rather than stand up for themselves.

It’s because the organizations they work for have shamefully failed them during times when it mattered most.

What’s important is that you never give up on yourself, that even when you know you’re licked before you begin, you begin anyway and keep trying to do the right thing, while holding on and moving forward.

But I want to be clear that unburdening yourself from the suffering of bullying is what real courage is. To risk alienation and retaliation to not only benefit your own life, but the lives of others this person may bully in the future. That’s truly selfless and shows incredible bravery, which often goes unnoticed.

Those who are bullied and choose to come forward are often blamed and demoralized rather than acknowledged and applauded. What does that say about society when we dismiss these courageous individuals while supporting and promoting the bullies of the world?

I wish I had the answer, but I don’t. All I can say with certainty is that anyone who comes forward with a claim of bullying is a crowning example of what real courage is. They deserve our trust, our compassion, our praise, and our support, not our judgment.

Fred Rogers once said, “It’s not the honors and the prizes and the fancy outsides of life which ultimately nourish our souls. It’s the knowing that we can be trusted, that we never have to fear the truth, that the bedrock of our very being is good stuff.”

I stand behind my truth, regardless of the fact that the organization has denied it. And the truth, whether believed or not, is now out there subliminally haunting the accuser and hopefully forcing necessary changes to benefit everyone in the organization.

Be proud of your truth and firmly stand beside it. Take solace in the fact that even if others do their best to try and discredit what you’re saying and how you’re feeling, at the end of the day the truth is still the truth.

Craig Ruvere is an awarded writer, marketer and designer living in Northern Colorado. He runs the popular blog The View from Here, sharing insights about life, love and everything in between.

Woman Finds Her Elderly Neighbor Living in a Destroyed House – Decides to Takes Matters Into Her Own Hands
7 False Beliefs That Will Keep You Trapped in Your Head Forever
Haute couture goes ‘surreal’ and upside-down at Paris fashion show
Beyond Dry January: 5 Benefits of Extending Your Break from Alcohol
Parents issue warning after teen dies from inhaling aerosol deodorant