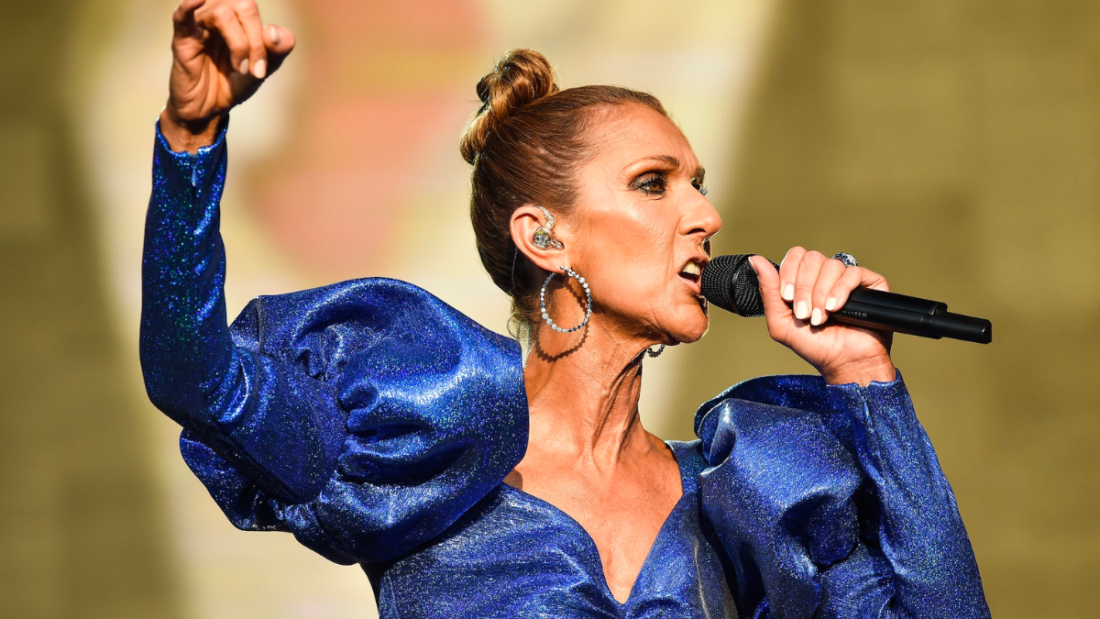 Living legend Céline Dion has shared some tough personal news with her fans.

While sharing her diagnosis with her fans in a heartfelt social media video, the 54-year-old Quebec singer said she will “build back strength” and that she promises to be back onstage and seeing her fans “real soon.”

How Céline Dion is Dealing With Her Rare Stiff Person Syndrome

But the Canadian singer isn’t going to let that drag her down.

She says her daily life has been impacted by spasms in various parts of her body which makes it difficult for her to walk and causes struggles when she tries to sing.

RELATED: Chris Hemsworth Reveals He Is “Taking a Break” From Acting – Here’s Why This Is Actually a Great Decision

“It hurts me to tell you today [that] this means I won’t be ready to restart my tour in Europe in February,” the singer told her followers.

She had previously postponed her tour in April 2021 and January 2022.

“I have a great team of doctors working alongside me to help me get better, and my precious children who are supporting me and giving me hope, from working hard with my support medicine therapist every day to build back my strength and my ability to perform again,” Dion said in her sombre Instagram update, pausing to reflect and fight back tears several time.

Dion says that in order to give her 100% at her shows, she has no other choice but to focus on her health for the time being.

RELATED: Gwendoline Christie Fought Bullies Her Entire Life – The Gloves Are Off Now That She Is A Star

“This is my focus and I’m doing everything that I can to recuperate,” she continued.  “I want to thank you so much for your encouraging wishes of love and support on my social media. This means a lot to me take care of yourselves. Be well. I love you guys so much. And I really hope I can see you again real soon.”

An immediate outpouring of love and support filtered through the comments from both long-time fans and celebrities. A resounding number of commentators said they’d pray for the music star and wait for her to heal, regardless of the recovery time.

“We love you, Céline Dion! You are the soundtrack to our love stories!” wrote Jamaican artist Tamoj.

Dion, who’s been singing since the late 1980s, said she’s been dealing with health issues for “a long time” and claims it’s been “really difficult” to face these challenges and open up about what she’s been going through.

But she’s going to bravely challenge her diagnosis with optimism and positivity.

What Exactly is Stiff Person Syndrome?

According to John Hopkins Medicine, stiff person syndrome affects only about one or two per million people.

“SPS causes progressive muscle stiffness and painful spasms that can be triggered by a variety of things including sudden movement, cold temperature, or unexpected loud noises,” reads JHM’s description of the disease.

“Being diagnosed with this very rare condition can leave patients and families with many questions and few answers.”

The neurological disorder is still mysterious to medical experts. Its diagnosis involves antibody tests, MRIs of the brain and spine, mammograms, and neurophysiological studies of the patient, among other things.

The American National Institute of Neurological Disorders and Stroke says that people with SPS may be subject to “frequent falls” because they lack normal defensive reflexes, and injuries can be severe.

Symptoms can be managed with medication and therapy, but SPS is incurable.

The five-time Grammy winner said she is regularly consulting with doctors and medical experts and that her children have been the most supportive.

“I have hope I’m on the road to recovery,” she said. “This is my focus, and I’m doing everything I can to recuperate.”

The pop icon behind My Heart Will Go On, If You Asked Me To and Because You Loved Me has won 20 Juno Awards and was honoured on Canada’s Walk of Fame in Toronto, in 1999.

Your heart will always go on Céline.

Beyond Dry January: 5 Benefits of Extending Your Break from Alcohol
Struggling Single Mom Is Summoned to Courtroom – Judge Issues Her a $350 Fine but Then Changes His Mind
Sweet Revenge: Woman Wins Lottery Jackpot After Husband Leaves Her for Best Friend
Mexico’s richest man lists $80M NYC mansion and it could break records
The Choice We All Have , But Only a Few Apply It | Joe Dispenza