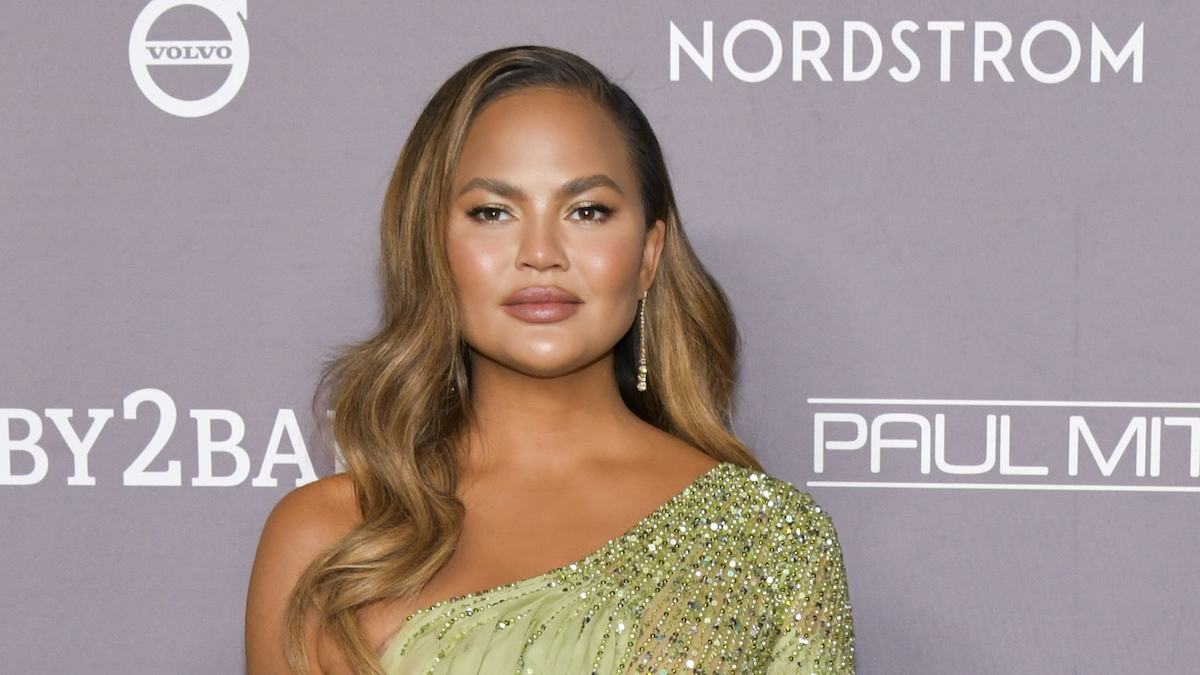 When it comes to social media, every celebrity has their platform of choice. For Chrissy Teigen, that platform has always seemed to be Twitter. Known as the ultimate “Clapback Queen,” Chrissy has always kept it real even when (many) people didn’t like it. With 13.7 million people following her tweets, in a heartwarming and equally truthful fashion, Chrissy said goodbye to Twitter, possibly for good.

On March 24, 2021 Chrissy announced her departure with a series of tweets acknowledging the double-edged sword of the widely used social media platform. She began her goodbye thread by saying, “Hey. For over 10 years, you guys have been my world. I honestly owe so much to this world we have created here. I truly consider so many of you my actual friends.” Teigen then continued saying, “But it’s time for me to say goodbye. This no longer serves me as positively as it serves me negatively, and I think that’s the right time to call something.”

Since taking the Twitterverse by storm, the model, cookbook maven and wife to John Legend has had many memorable moments online. There was her ongoing feud with former President Donald Trump. Chrissy then infamously responded by calling the former president some choice emasculating expletives of her own. There was the incredibly heartbreaking and highly controversial announcement of her miscarriage, where Chrissy was accused of using the pregnancy loss as some sort of publicity stunt. And finally now, international news is ablaze with reports of Chrissy Teigen’s final tweets on the platform.

On Twitter, haters loved to hate her, and supporters loved to support her. According to Chrissy however, a lot of us had her pegged all wrong. Teigen wrote in one of her final tweets:

My life goal is to make people happy. The pain I feel when I don’t is too much for me. I’ve always been portrayed as the strong clap back girl but I’m just not.

Chrissy could never please the public

Prior to Chrissy’s final statement quitting Twitter, she received a significant backlash for engaging in a business collaboration with Kardashian matriarch Kris Jenner. The two created a plant-based cleaning product venture together that resulted in many labelling Chrissy as a “sellout.” Perhaps this was the straw that broke the camel’s back, or perhaps her departure was pre-planned, either way the former Queen of Twitter is trending on the platform as a result of her deactivated account.

The negativity Chrissy mentions in her goodbye thread was delivered to her mentions in the hoards with people often criticizing the outspoken model’s every word. It would seem as though you don’t accumulate 13.7 million followers without attracting almost equally as much hate in the process. Chrissy finally said enough is enough, called it quits on the popular social media site and let everyone know how much she loved them while still saying, “adios, goodbye!”

Using her platform for good also came with backlash

Over the years Chrissy has made a lot of mistakes and missteps while speaking her truth. Perhaps her most celebrated and criticized moment however, was the infamous decision to share those emotional photographs taken by husband John Legend in the hospital just after learning that their baby on the way was stillborn. The immense pain she was going through in that very moment, living every future parent’s nightmare, resonated with many and her sharing of the photos was applauded by her supporters and those who could relate. However, while it was a watershed moment for some, critics worldwide also viewed the posts as uncalled for, self-promoting and all around in bad taste.

While Chrissy said at the time, “I cannot express how little I care that you hate the photos,” the sounds of her final messages on the social media outlet sing a different tune. Clearly Chrissy is sensitive enough to the barrage of negativity online to take a concerted stance to protect her space and mental health above all. Not even the thrill of going viral daily in the form of wittily crafted 140 characters or less tweets could keep her there.

Chrissy wrote in her departure thread, “My desire to be liked and fear of pissing people off has made me somebody you didn’t sign up for, and a different human as I started out here as! Live well, tweeters. Please know all I ever cared about was you!!!” Teigen continued saying, “I encourage you to know and never forget that your words matter. No matter what you see, what that person portrays, or your intention. For years I have taken so many small, 2-follower count punches that at this point, I am honestly deeply bruised.”

Chrissy left–not without acknowledging her mistakes

The formerly crowned “Mayor of Twitter” acknowledged her past mistakes saying, “I have made mistakes, throughout years and in front of hundreds of thousands, and been held accountable for them. I’ve learned an incredible amount here.” However, Chrissy goes on to say that she has tortured herself over the messed up things she has said on the platform but then says, “one thing I haven’t learned is how to block out the negativity.”

In reality, who can blame her? When you receive hate for the good, the bad, the beautiful and the ugly things that you do, eventually you have to take action to protect your peace. Before deactivating her account, Chrissy stated that she’s “sensitive” even though she doesn’t want to be and then in the typical Queen of Twitter fashion said “but I love you guys and I cherish our time together, I truly do. I also hate you.”

And with that, a Twitter legend and self-proclaimed “de-motivational speaker” signed off and confirmed her departure through a social media post on her Instagram. In the Instagram caption Chrissy spoke of Twitter saying, “The platform no longer serves me as positively as it does negatively, so with that I bid you adieu.”

Putting your mental health first is always a good look, no matter how many people are watching. Throughout the years Chrissy has made us laugh, think pensively as well as critically, and pushed the envelope time and time again. However, it seems that on March 24, 2021 Chrissy sealed the envelope for good.

Learn when to leave when it doesn’t serve you

Life is a journey that many of us choose to share online with our followings however large or small they may be. For Chrissy, the sheer nature of the hate that she was receiving on Twitter overpowered the good and she did what she needed to do. Hopefully now that she has taken this step back from the platform that she entertained for so long, she can heal from the massive onslaught of hateful words sent her way daily.

Words will always matter and whenever you find yourself in a toxic environment, wherever that may be, you have the authority to decide to pick up and leave. Chrissy’s Twitter profile may have been a top account on the platform, but that is clearly not what matters to her most at this point in time.

Your mind is yours to protect and to protect fiercely. Chrissy may know how to compose a tweet, but thankfully for herself and her loved ones, she knows how to take care of herself above all. In the end, self-love is about putting yourself first, and prioritizing your wellbeing as paramount. Always do what you need to do to protect your peace because your present and future self will thank you in the end.

Beyond Dry January: 5 Benefits of Extending Your Break from Alcohol
It Takes One Person To Make You Feel Like You Matter | Kyle Scheele Inspirational Speech | Goalcast
How I Stopped Worrying About Running Out of Time to Achieve My Goals
Piano Prodigy: Watch This 5-Year-Old Wow a Crowd With Amazing Mozart Rendition
The Walt Disney Company to mark 100th anniversary with new experiences