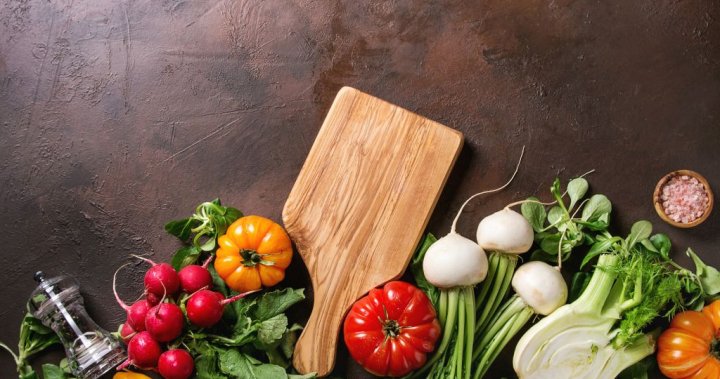 From watching reality cooking shows to tutorials online, more people have been interested in elevating their at-home cooking skills.

Hailing from Markham, Ont., chef Wallace Wong, also known as the six-pack chef, has attracted an audience of millions of viewers on TikTok for his attention-grabbing chopping videos.

Wong, who was a finalist on Top Chef Canada and winner of Chopped Canada, recently stopped by The Morning Show to demonstrate his tips and tricks behind chopping potatoes, onions and peppers like a pro.

Read more:
The ultimate guide to cutting and cooking meat

When it comes to preparing to chop anything, Wong says the three main things to have are a sharp knife, a cutting board and a cloth-like rubber mat or towel to place under the board to prevent movement.

For cutting potatoes at home, he says the easiest way is to cut them into slices. From the slices, Wallace stacks the slices on top of one another where he can cut the slices into strings or wedges to cook into fries.

6:24
Why you should always check the bottom shelf at grocery stores

Why you should always check the bottom shelf at grocery stores – Dec 7, 2020

“(From there) soak this in a little bit of water overnight. That should get some of that starch out,” he said, adding that this step will result in nice, crispy french fries when baked. Chopping onions often leads to most people crying but Wong says a sharp knife prevents people from tearing up.

Wong’s pro tips for cutting onions are to chop the top and bottom off them and split the onion in half to remove clutter from the outer layer. Next, Wallace advises to first cut the halves in horizontal layers, about three-quarters into the onion and subsequently, cut those layers vertically to get a proper dice of onions.

When it comes to bell peppers, Wong says instead of throwing out the top of peppers, they can be saved and used in simple dishes like salsa and salad.

To chop peppers like a pro, he says that once you remove the top and bottom of the pepper, you can create a small cut into one side of the pepper and then, use your knife to slide into the crevice to flatten and roll out the pepper onto your board.

“Cut flesh down versus the skin because the skin is actually super tough. And then from there, you’re chopping or slicing and dicing,” he said.

Watch Wong’s full interview with The Morning Show in the video above.

Kentucky Woman Gets Unbelievably Lucky at Her Office’s Christmas Gift Exchange — Now She Can Afford to Send Her Kids to College
How a social media group dubbed Mom Jeans is helping people fight inflation
Femcels: Inside the enigmatic subculture of involuntary celibate women
Podcast: What to know about “novelty hunting.”
How to Show Up When Nothing About Your Life Is Perfect