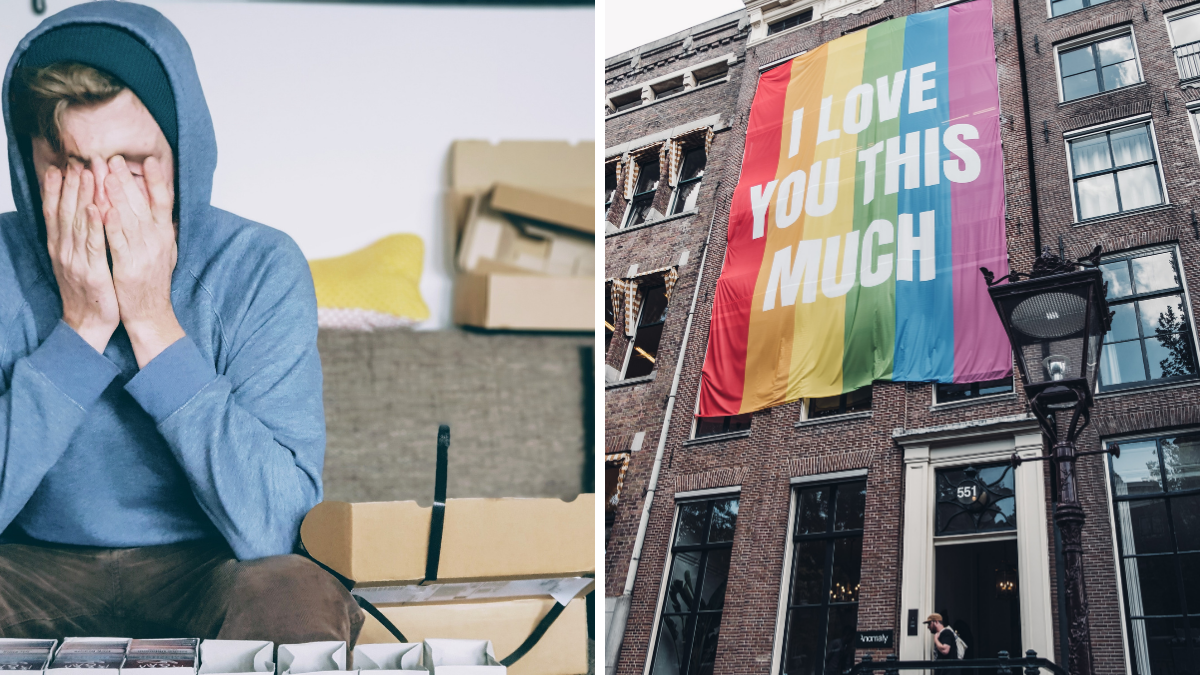 A mother’s post went viral on Reddit after she broke up with her now ex-husband for kicking out their gay son.

How not to treat an LGBTQ+ child

Coming out to your parents is an extremely difficult thing to do for many kids — and a dad named Mark provided a perfect example of exactly what not to do.

On Reddit, user CountryMamaLynn wrote that she created a new account just to vent about what happened when her son came out to his dad.

“My son 15 just came out yesterday as gay to my husband and my husband kicked him out [while] I was at work!” she wrote.

“I got a panicked phone call from my baby telling me everything and let me tell y’all I was pissed. I left work early and drove to my house where I saw my baby boy sitting on the curb with his clothes and sh*t all across the damn lawn and screaming as if now soon to be ex-husband who is not the man I thought I married!!!!”

The woman proceeded to give her soon to be ex-husband a piece of her mind. “..I told him that if he can’t be a man and support his son then he can kiss my ass and find someone else to pay his bills.”

The woman then shoved her son’s clothes in a car and drove to a hotel where she wrote the post, which has since been deleted by preserved on Twitter.

She wanted her son to feel loved

The Reddit user proceeded to ask for advice about how to make her son feel accepted and loved.

First, she bought him a bunch of pride stuff, started knitting a rainbow blanket, and arranged to meet his boyfriend of seven months.

“I’m getting to meet him over Facetime tomorrow and I’m so excited!!!!!”

“Out of everything that’s happened the most heartbreaking thing was my son saying: ‘I’m sorry I’m crying mom I just need to be strong.’ I told him that he doesn’t need to be strong he just needs to be loved and that I’ll do anything I can to make him feel that way. God this is the hardest thing in my life.”

As for the husband, Reddit’s consensus was clear: dump him.

In an update, she said she “kindly reminded” her then-husband who owns the house he was living in and who pays the bills. His response was: “You need me woman, you cant just kick me out w****e.”

The two of them met in person, along with the woman’s “adorable camo baseball bat just in case things went south,” and he started off on the wrong foot.

“He was hooting and hollering about how ‘I was already screwing a different woman so I dont need you!’ And obviously this upset me but then I remembered that I dont have to put up with this…”

“He started crying like a baby, begging me to let him stay and saying ‘you’ll never find another man like me’ and I told him that is the whole point of me leaving him. So he finally left after hours crying like a b*tch and now my son and I have lots of extra space!”

It certainly sounds like this woman and her son are a lot better off without this cruel man.

But beyond getting rid of the husband, this woman’s story is that much more uplifting because of how hard she tried to love her son after learning about his sexual orientation, and how passionately she took a stance against homophobia.

Parents issue warning after teen dies from inhaling aerosol deodorant
Beyond Dry January: 5 Benefits of Extending Your Break from Alcohol
‘Gen Z yellow’: Next ‘it’ colour or marketing ploy?
Gary Vaynerchuk’s Life Advice Will Change Your Future | Gary Vaynerchuk Motivation (Gary Vee)
This Year, Let Go Of The People Who Aren’t Ready To Love You