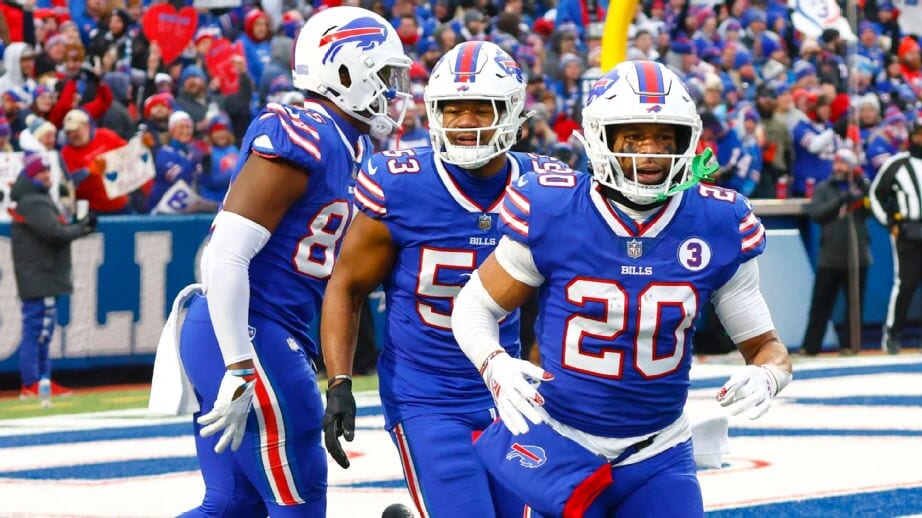 Recently, the world watched in horror as 24-year-old Buffalo Bills safety, Damar Hamlin, had to be resuscitated during a game against the Cincinnati Bengals. After making a tackle, he collapsed on the field, suffering a cardiac arrest.

One moment he was living his dream; the next, he was fighting for his life.

Hamlin was rushed to a Cincinnati hospital, where he has, thankfully, made a remarkable recovery.

He has since been moved to a hospital in Buffalo where he is now beginning the next stage of his recovery.

Damar Hamlin Is a Pro at Overcoming Adversity

Hamlin may be a successful player in the NFL, but it didn’t come easily. Born to teen parents, he grew up in one of the roughest neighborhoods in the country.

With one of the highest crime rates per capita, his hometown of McKees Rocks, Pennsylvania wasn’t exactly an idyllic childhood playground.

During his teen years, Hamlin lost three of his closest friends to gun violence.

Additionally, at one point during his childhood, his father, Mario, turned to selling drugs to try to make ends meet. He was convicted and spent nearly four years in prison.

“It was tough, it was a real adjustment, really had to kind of grow up and figure life out on my own for a little bit not having a father figure in my life,” Hamlin said in an interview. “He never was out of my life, but he physically wasn’t there, and that was different. It’s a different ballgame being through the phone than in person.”

Damar Hamlin Credits His Parents for Where He Is Today

Not yet in high school, Hamlin knew he had to be there for his mom. She was working two jobs — spending her days running a daycare and her nights cleaning offices.

While other kids were playing and hanging out, Hamlin was busy helping his mom build her cleaning business and learning a valuable lesson in work ethic along the way.

RELATED: NFL Prospect Spots Pregnant Homeless Woman on the Sidewalk – Shocks an Onlooker with What He Does Next

He would go to school and football practice and then meet his mom to spend 4 or 5 hours a night cleaning, depending on the day.

Surrounded by drugs, gangs, and guns, Hamlin’s life easily could have taken a dark turn. But he overcame adversity with the help and support of his parents, crediting both his mother, Nina, and his father for teaching him “hard work” and “lessons of life.”

Those lessons would come in handy. He took them to heart and with pure determination went from being a sixth-round draft pick to a starting position on the Buffalo Bills.

Damar Hamlin Gives Back to His Community

However, it wasn’t just lessons in work ethic that he learned growing up. Living with adversity taught him the importance of giving back. He started a non-profit foundation to give back to the children in his home community of Western Pennsylvania.

The Chasing M’s Foundation supports toy drives, back-to-school drives, kids camps and more. It is currently run by his father, Mario, who is the executive director.

Hamlin started the foundation in May 2020, just as he was beginning his NFL career.

“As I embark on my jouney to the NFL, I will never forget where I come from and I am committed to using my platform to positively impact the community that raised me,” he wrote on the charity’s GoFundMe page. “I created The Chasing M’s Foundation as a vehicle that will allow me to deliver that impact.”

RELATED: Woman Forced to Sell Precious Belongings to Raise Money for Grandfather’s Funeral – Then, an NFL Star Steps In

And it has definitely made an impact.

Since his cardiac arrest, his fans have come out in droves, generously supporting Hamlin with prayers, encouraging words, and donations.

Prior to his collapse, the foundation had raised around $3000. Today it sits at over $8.6 million. More than 244,000 people have donated, including fans, players and NFL team owners.

Hamlin may be down, but he’s definitely not out. And not only is he overcoming the latest adversity in his life but he is turning tragedy into triumph. Not just for himself but for so many others as well.

A More Colorful Approach to Meditation—Creating Your Way to Peace
MASTER SELF MOTIVATION – Les Brown Motivational Speech
How a social media group dubbed Mom Jeans is helping people fight inflation
All the Things I Didn’t Tell the Men I Dated Because I Was Afraid
Deaf Domino’s Employee Delivers Pizzas on Foot After His Car Breaks Down – In Return, He Gets a “Tip” of $12,000