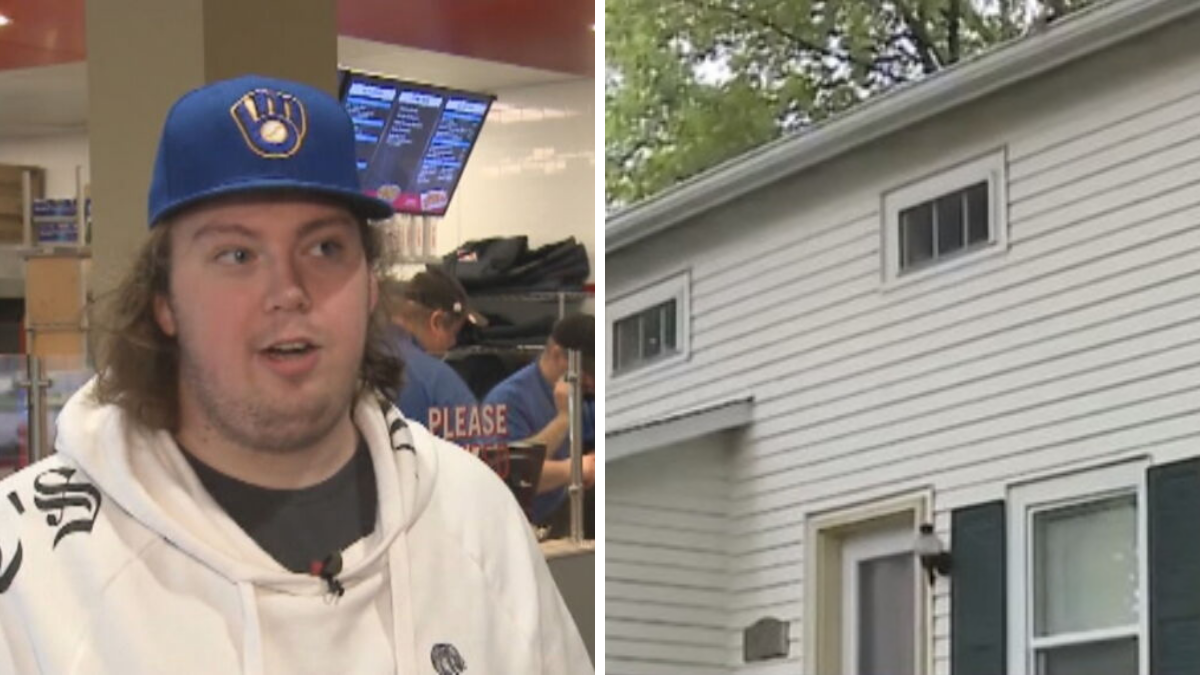 A Domino’s pizza guy thought he was just going out for a delivery — but he ended up saving a woman’s who was taken hostage and being abused by her ex.

Not a typical pizza delivery

Joey Grundl was out for a delivery in Wisconsin, but when he got to the door and saw a woman standing behind a man, he thought something was suspicious.

“I gave him his pizza and then I noticed behind him was his girlfriend,” Grundl told WITI Milwaukee. “She pointed to a black eye that was quite visible. She mouthed the words, ‘Call the police.’”

A horrific case of abuse

According to court documents, the woman was 57 and used to date a 55-year-old man named Dean Hoffmann. Earlier that day, Hoffmann showed up, demanding the woman get back together with him.

When she refused, he allegedly shoved her, pulled her hair, ripped her shirt, and gave her a bloody nose and black eye, Newsweek reports. When she tried to resist, Hoffmann allegedly tied her up by her hands and feet in what’s known as a hogtie.

“If you love me you will let me go,” she reportedly pleaded, but he replied, “You know I can’t do that.” He also threatened to shoot her with a .22 caliber gun he kept in a case in his car.

Investigators said the woman told Hoffmann she had trouble breathing, so he let her go but wouldn’t let her leave her own home for several hours.

Then, Hoffmann called for a pizza, which ended up leading to the encounter with Grundl who alerted police.

When police arrived, Hoffmann initially tried to block them from seeing the victim, but he was eventually taken into custody and charged with kidnapping, suffocation, strangulation, false imprisonment, and intimidation of a victim.

A day after the incident, when TV reports circulated showing Grundl, viewers noticed he was wearing a Taylor Swift t-shirt. Grundl is a Swift fan and already had tickets to her latest show (this was back in 2018 when live concerts were a thing). Twitter alerted Swift of the delivery guy’s heroism and the pop star arranged to meet him backstage.

Who knows what would have happened if the pizza guy hadn’t noticed the victim’s black eye. It could have been much worse, but thanks to his quick thinking and awareness, the woman was saved. Well done, sir.

Pizza Hut Deliveryman Has Worked the Same Job for 31 Years – So His Customers Tip Him With a Brand New Car
How to be the Smartest in the Room | Ibram Kendi | Goalcast
Sweet Revenge: Woman Wins Lottery Jackpot After Husband Leaves Her for Best Friend
How to Un-Stub Your Toe on the Nail of Life | Eric Bailey Motivational Speech | Goalcast
Slow mornings lead to deliberate days