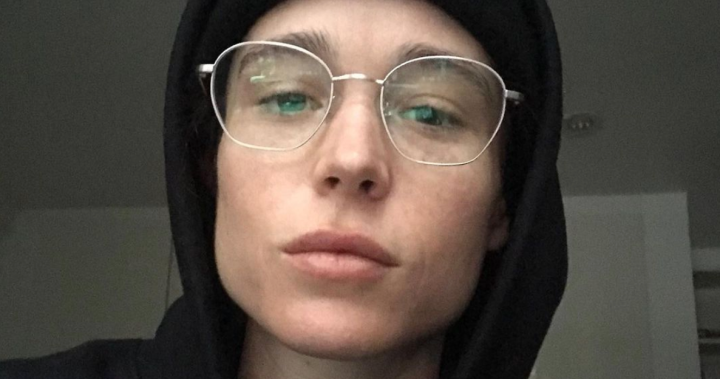 It’s been three weeks since Canadian actor Elliot Page came out as transgender, and now he’s thanking his fans and supporters for “the greatest gift.”

Page, 33, posted his first selfie since coming out to his Instagram account along with a short message. He also recommended supporting two groups, Transanta and Trans Lifeline, that work to help transgender people.

“From the bottom of my heart, thank you. Your love and support has been the greatest gift. Stay safe. Be there for each other. If you are able, support @transanta and @translifeline. See you in 2021. Xoxo Elliot,” wrote the actor.

Page’s post was liked over a million times in less than 12 hours, with comments from multiple celebrities, including actors Kate Mara, Janelle Monae and former MuchMusic VJ Rainbow Sun Francks.

Before transitioning, Page was one of the most vocal and actively “out” gay members of Hollywood. He posted his original message on Dec. 1.

At the time, Prime Minister Justin Trudeau tweeted his thanks to Page for “sharing these words and speaking your truth.”

“Your bravery and strength are inspiring, and your authenticity and vulnerability will mean so much to so many,” he wrote.

He also voiced support for the actor and the trans community on behalf of himself and his wife Sophie Grégoire Trudeau.

Thank you, Elliot, for sharing these words and speaking your truth. Your bravery and strength are inspiring, and your authenticity and vulnerability will mean so much to so many. Sophie and I wish you the very best, and we send you – and the trans community – all our support. https://t.co/6F2rtXB85U

As of late, Page has been heavily involved in environmental issues. His documentary There’s Something in the Water, released on Netflix in March of this year, highlights the stories of Indigenous and Black Nova Scotian communities that have been disproportionally affected by decisions to place hazardous waste sites near their homes.

Page would end up pouring approximately $350,000 of his own money into the project in order to get it off the ground and completed as soon as possible.

“What’s happened in these communities for decades and decades has caused extraordinary trauma and illness and loss and pain and the change needs to happen right now,” Page told Global News at the time.

Page is due to begin filming Season 3 of Netflix superhero series The Umbrella Academy in early 2021, and he’s slated to voice numerous characters across multiple upcoming movie projects.