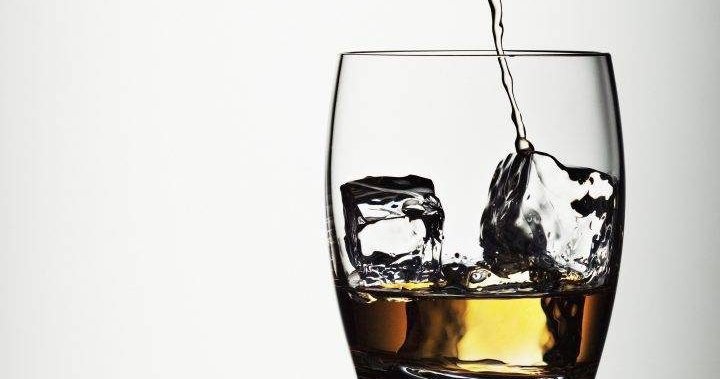 It was a year unlike any other.

For those who overdrank in 2020, that may mean a complete abstinence from alcohol — for 30 days.

“For those who drink in a harmful way, every day of less harm can only be good,” said Dr. Oyedeji (Deji) Ayonrinde, associate professor in the departments of psychology and psychiatry at Queen’s University.

“Alcohol pretty much affects nearly every single organ in the body… A period of rest for 30 days certainly would reduce the burden of activity in these organs.”

Ayonrinde says he’s been hearing about Dry January for the past decade. But this year — and for the majority of the last one — things are different.

According to a Nanos poll commissioned by the Canadian Centre on Substance Use and Addiction (CCSA) in May, just over one in five participants reported their alcohol consumption had increased during lockdown, in comparison to pre-COVID-19 times.

A similar poll from Nanos and the CCSA a month earlier reported 25 per cent of Canadians aged 35 to 54 are drinking more at home due to the pandemic.

The three biggest driving factors? Stress, boredom and lack of a regular schedule.

The chief of the addictions division at the Centre for Addictions and Mental Health says it’s the alcohol’s chemistry that helps take the edge off.

“One piece of the puzzle is our reward centre (in the brain),” said Dr. Leslie Buckley. “So all the pleasure that you feel in everyday life — which might come from a hug from a good friend, or a laugh, or sexual relations, or delicious food — whenever we feel that, it’s because our reward path is firing.

“What happens with substances, they’re coming into our brain, but they all have this one final pathway, which is firing in the reward centre.”

The more the substance stimulates the reward centre, the more tolerance your body builds towards it, pushing you to seek it in larger amounts.

But Buckley says that feeling of euphoria from those substances is very short term, while the health implications of dependency last far longer.

Anyway, you came here to find out whether giving up the bottle for a month will make a difference. The short answer is yes, but there is a catch.

“If you’re been a regular, moderate drinker, we could see benefits in your bloodwork, in terms of improvement in your cholesterol levels,” said Vandana Gujadhur, a registered dietitian with the College of Dietitians of Ontario. “We could see better blood pressure, and — because alcohol comes with calories — we do see weight loss as well.”

The catch? Most of these benefits are only seen by moderate drinkers.

“For individuals who have been chronically drinking alcohol and long-term users of alcohol, (they) may not have those benefits, because you want the right support, the right way to abstain from alcohol. You don’t want to just go cold turkey for one month,” said Gujadhur.

Doing that will trigger withdrawal symptoms and other health complications, according to Gujadhur.  You can expect a lot of dry heaving, vomiting, tremors, sweats and, in serious cases, seizures.

So how do you know you’ve crossed into ‘problematic drinking’ territory?

Buckley says it could be as simple as counting the number of drinks you have per week and comparing them to Canada’s Low-Risk Alcohol Guidelines.

However, some other tell-tale signs include worried family members and loved ones.

“Some of the other helpful ways to know when you’re struggling is when friends and family point it out to you,” said Buckley.

Given the rate at which 2021 is going — and how there hasn’t been an enormous change in a lot of people’s lives so far despite a vaccine rollout currently at play — Ayonrinde predicts this January might not be as dry as the ones before.

However, Ayonrinde, Gujadhur, and Buckley all agree that giving Dry January a try is a great idea.

“If you’re starting a new habit, think to yourself, ‘Do I see myself doing it long-term?’ then you can see the long-term benefits. So if you’re doing Dry January, I would suggest trying a dry year,” said Gujadhur.

But if you feel like it may be too hard to commit from the get-go, Gujadhur says try skipping one drink at a time per week, and see how you feel.