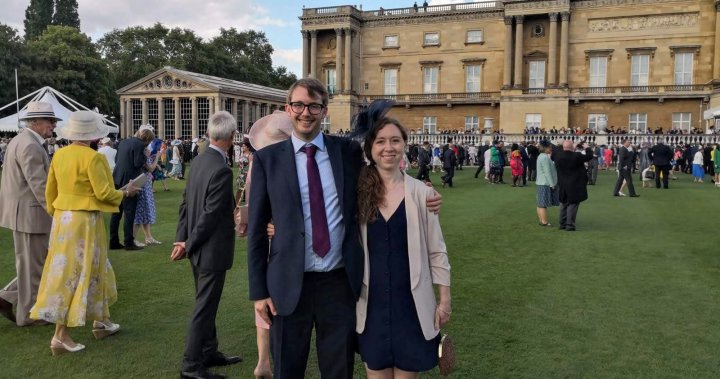 I first met Canadian Dave Mathews (not to be confused with U.S. rock star Dave Matthews) at a pub trivia night in London, earlier this year.

He was sitting at the table beside me, with three or four other Canadians.

How did I know they were fellow Canadians?

They were sharing a box of Timbits.

I got talking to them and learned that Dave has been in London since 2002, and is a lynchpin of the Canadian community in the city; organizing meetup groups and parties for new arrivals and long-term emigrants alike.

We agreed to meet up for a future trivia night, but of course, COVID-19 got in the way.

The next time I spoke to Dave was this month.

For health reasons, the IT professional returned to Canada in July and has been isolating at a cottage on the shores of Lake Huron, where he intends to stay until the pandemic subsides.

However, that hasn’t stopped him from helping out Canadian emigrants, in these, the loneliest of times.

Before heading back across the Atlantic to isolate, he set up a regular Zoom meetup group for London Canucks.

Whereas some of us may now be tired of Zoom, Mathews says the virtual Canadian meetups are still going strong after 36 weeks.

“I decided to invest in the group at the middle of March when we knew it’s going to be really bad,” he said.

“They’re not as big as, say, our physical get-togethers, but I believe it’s important to have an outlet there for people because some people are there every week. And people need to talk.”

Mathews was awarded the Queen Elizabeth II Diamond Jubilee medal by Huron-Kinloss Township, Ontario, in 2012, for his services to Canadian expatriate groups in London.

He’s made sure that the Zoom group will meet on Christmas Day this year, to help Canadians who can’t get home, due to COVID-19 travel restrictions.

“A lot of people, especially during this time, they miss their family, their friends, they miss going out and meeting people,” said Mathews.

“Mental health is a big issue during this pandemic. You know, some people underestimate it, but it is a big issue. And being able to talk to people and do some of the normal things you want to do, you know, that’s very important to me.”

First Christmas away from home

Among the Canadians stuck in Britain for Christmas is Meghan Larin from Kitchener, Ont.

She moved to London in 2015, before moving to Wales in 2019, where she works as a molecular biologist at the Dementia Research Institute at Cardiff University.

This will be her first Christmas away from her family.

“To be honest with you, I’ve been in tears several times over the past month or two about not being able to go,” said Larin.

“My parents are really upset. My whole family is. And we’ve been trying to figure out ways to make this work, and it’s just not possible.”

COVID-19 travel restrictions mean that Larin would have to quarantine in Canada for two weeks, without putting her parents at risk.

“I would prefer to quarantine somewhere not at the house, but paying for a hotel for two weeks by yourself — it’s not going to work. I can’t really do that. Scientists don’t get paid enough for that,” joked Larin.

In addition, she would need to quarantine on return to the U.K., but her laboratory-based job means she would be unable to work during that period.

The U.K. government has said that people flying into England from abroad will be soon able to reduce their quarantine from 14 days, to six or seven days, if they pay for a COVID-19 test five days after arrival, an idea supported by the devolved government in Wales, where Larin lives.

However, given the remaining restrictions, and ever-changing rules, Larin will head to Hull, in the north of England, to spend the holidays with the family of her British boyfriend Max.

On Wednesday, the British government announced that up to three households will be allowed to meet indoors between the dates of Dec. 23 and Dec. 27.

“I think it’s difficult when you live over here because the majority of people that I’m around are from here or from Europe. So most people do have the ability to go home,” said Larin.

“As long as you just remember that the entire community is affected by this, it makes it a little bit easier to swallow.”

Edwina Lo, however, is heading home for the holidays, no matter what.

In fact, she’s been saving all of her vacation days this year, just to get back to see her family in Vancouver.

She flies out from London on Dec. 5, to begin two weeks of quarantine in Canada, during which time she will be able to work remotely.

“As my birthday present, my mom’s booked me a hotel to quarantine in, because that was a big part of my decision. My mom’s in the vulnerable age [group], but she has no health issues, but my aunt had cancer a couple of years ago, so obviously I knew that I couldn’t quarantine with them.”

Read more:
What we know — and don’t know — about asymptomatic coronavirus transmission

In normal times, Lo’s mother flies to London for a visit during the year, but that was impossible in 2020.

Before Lo figured out a way of going home for Christmas, she had considered leaving the U.K. for good.

“I was just going to quit, because I saw no point, really. I mean, I think a lot of British people don’t quite understand the type of sacrifices ex-pats make,” said Lo.

“My great uncle died in the beginning of the pandemic, in Vancouver. And obviously, because it just started, I couldn’t go home. He was like a dad to me. So that was really rough.”

Lo returns to London on Jan. 10, hoping to avail of the proposed new measures to reduce quarantine times.

The Single Greatest Mistake A Man Can Make | Jordan Peterson
Uber Driver Donates a Kidney to His Passenger – Here’s Why He Insists It’s Not a Coincidence
This Is How You Become the Best Version of Yourself in One Step | James Lawrence | Goalcast
This Is What Self-Care Really Means, Because It’s Not All Salt Baths And Chocolate Cake
Parents issue warning after teen dies from inhaling aerosol deodorant