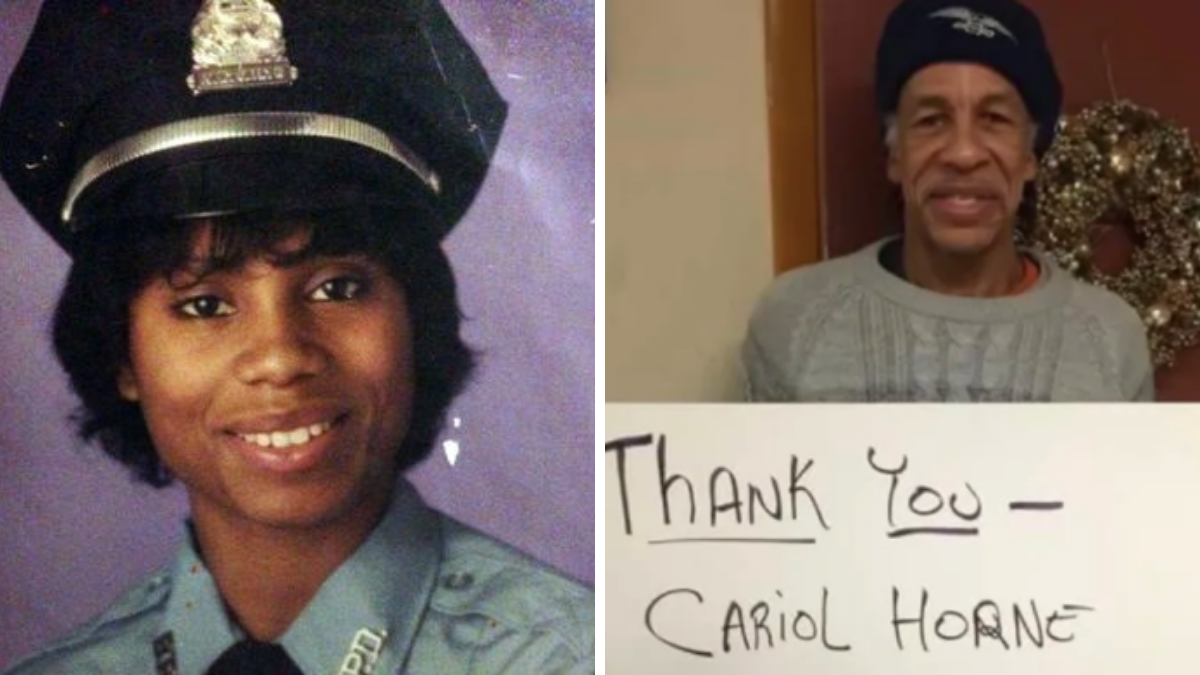 Cariol Horne is breathing a sigh of relief after a case she fought for 15 years was resolved this week. In the dispute, she lost her job after stepping in to save a Black suspect who was being choked by her colleague. The court resolution shows the power of perseverance and could signal a major shift in how officers are punished for uncalled for use of violence.

In November 2006, former Buffalo police officer Cariol Horne showed up at the scene of an arrest in progress. When she arrived, a white cop, Gregory Kwiatkowski, was allegedly punching a handcuffed Black suspect repeatedly while other officers stood by.

The white policeman then put the suspect in a chokehold and the victim said “I can’t breathe” — the same words uttered by George Floyd and Eric Garner who were killed by police.

But Horne refused to stand by and watch the cop kill the suspect.

“I said, ‘Greg, you’re choking him,’ thinking he’ll stop, but he didn’t,” Horne told CBC radio. “I had to react or he could have been another George Floyd.”

The man who was being arrested, Neal Mack, told CBS This Morning that Horne saved his life that day.

But Kwiatkowski had a different version of events. He said he was trying to stop the suspect from grabbing a gun when Horne jumped on his back and pulled on his collar.

Horne was subsequently fired from the police department just a year before she was supposed to be awarded pension.

Not only that, but Kwiatkowski sued Horne for defamation, winning a $65,000 judgement against her.

“My life was turned upside down,” Horne told CBC. “I was homeless. I went through depression and PTSD from the incident. It was just horrible.”

Meanwhile, Kwiatkowski was promoted to lieutenant and retired from the force in 2011.

The cop had repeated offences

But in 2018, Kwiatkowski was back in court defending his actions during a different incident. This time, he lost the case after a judge ruled he used “unreasonable force” against four Black teenagers suspected of shooting a BB gun in 2009. The officer slammed their heads against the cop car and yelled obscenities at them.

Kwiatkowski ended up spending four months in federal prison for his actions in 2009.

But the 2018 case had another impact — it turned around Horne’s longstanding dispute and a judge finally ruled that she acted justly in 2006.

In his ruling, Judge Dennis Ward granted cleared Horne’s name and ruled that she should get back pay as well as her pension.

“The time is always right to do right.”

“The judge gets it,” Horne told CBC.

“It feels absolutely wonderful that after 15 years that I can now breathe a little easier,” she added.

Using her situation to help others

But Horne’s work isn’t finished. She’s pushing for legislation called Cariol’s Law which would allow officers to jump in if their colleague is becoming too violent. It’ll also create a registry of officers who’ve crossed the line, which would make it so they can’t just hop from department to department.

“I believe that I have laid the foundation to change the culture, so now they just have to adhere to it. And if not, maybe a judge like the honorable Judge Ward can make that possible so that bad officers will be held accountable if they don’t do what they’re supposed to do and stop police brutality if they see it happening,” Horne told CBC.

“Police officers are the only ones who can do that. Because as we saw in the George Floyd case, there were bystanders and none of them could go up and save George Floyd’s life. But one of those three officers could have.”

It is absolutely infuriating the harsh treatment Horne experienced for standing up for what was right. But thankfully, she has cleared her name, and hopefully, with Cariol’s Law, what happened to her will never happen again.

Year of the Rabbit: Canada’s animal shelters urge not to adopt bunnies on a whim
Detroit Couple Turn Vacant Lots to Bee Farms – Including the Childhood Home of One Legendary Rap Superstar
Louisiana Woman Gives Free Wigs to Children Suffering Hair Loss — Their Reactions Will Warm Your Heart
Uber Driver Donates a Kidney to His Passenger – Here’s Why He Insists It’s Not a Coincidence
How to balance social expectations and your budget amid inflation: ‘It’s OK to say no’