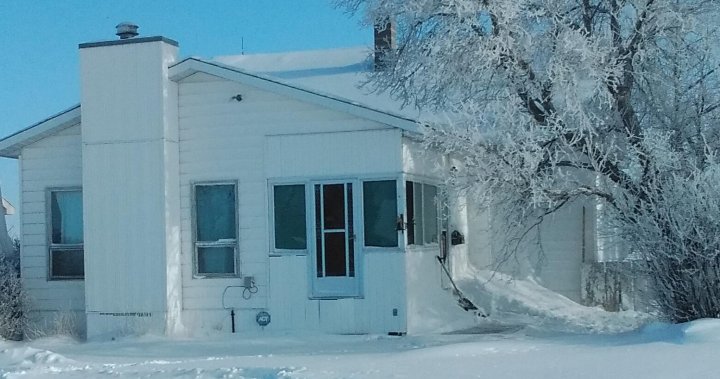 It’s not every day you see an advertisement for a free house. A man who lives on a farm west of Regina says he wants to give away an old home on his property.

Daniel Poissant made a post on Reddit close to a week ago with hopes of finding someone who will take up his offer.

When asked “why a free house?” Poissant said he did not want to take advantage of anyone, since the house is old, and it’s just the building being offered, not the land.

“If I assign a dollar value to the house, there’s a risk someone could come away feeling I misrepresented what it is,” he said. “I’m no kind of realtor, or even particularly handy, though, so my assessment is pretty subjective.

“I’d be very grateful (if) someone (took the) house rather than watching it deteriorate, and eventually having to tear it down. Avoiding that outcome is worth more to me than a little bit of money.”

He said the problems with the house would mainly be just its age. It is located west of Regina in the Rural Municipality of Sherwood. The home, which was originally a two-room farmhouse with no plumbing, belonged to Poissant’s grandfather.

He said the house was moved a couple of miles south from its original location and was added onto significantly, making it two-storeys with four bedrooms and one bathroom.

Poissant even suggested in his offer that if someone doesn’t want to move the house, they are free to de-construct it and salvage parts and material.

“It’s going to cost somebody money to move it or disassemble it, and they’ll have to have a place to put it. So, there’s already costs on somebody to deal with,” he said.

“I can’t keep it forever (so) eventually I would have to just tear it down, which is going to be time and money for me. So, it seems the best way would be to just offer it away for free to somebody who maybe could have a use for it.”

Poissant said he has received some messages from people inquiring about the house. He said that he will be flexible with the timeline if the interest is there. But if there isn’t any takers this year, he will likely start tearing the house down.

“It’s just it’s an old farmhouse … whether somebody wants it all or parts of it or to repurpose it. I would just be really, really happy to see it have some use for somebody.”

Poissant said his only terms are that the house has to go, and whoever takes it has to clean up any mess they make.

The Choice We All Have , But Only a Few Apply It | Joe Dispenza
7 Ways Childhood Trauma Shows Up in Your Romantic Relationships
‘Gen Z yellow’: Next ‘it’ colour or marketing ploy?
Domino’s Employee Delivers a $12 Order – But the Unusual Tip He Received in Return Takes Him by Surprise
Uber Driver Donates a Kidney to His Passenger – Here’s Why He Insists It’s Not a Coincidence