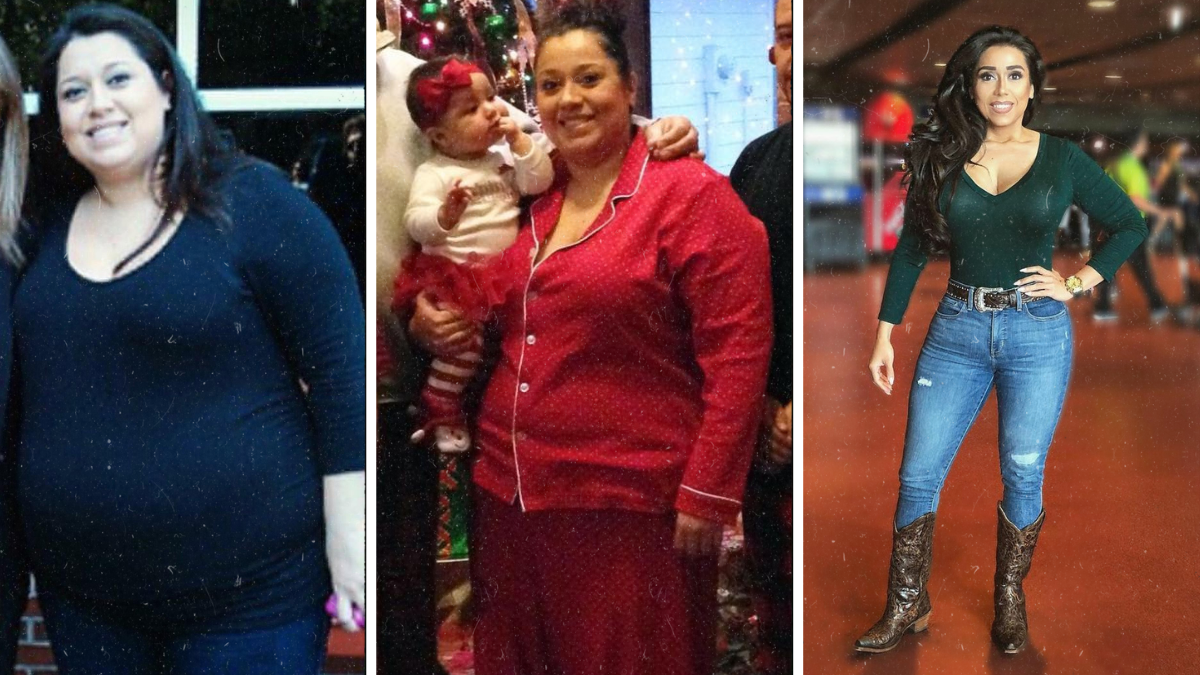 In life we make commitments.

Betsey Ayala’s commitment to herself changed her life

Betsy Ayala struggled with her weight her entire life. The scale would read between 200 lbs and 210 lbs throughout her 20’s, and after Betsy gave birth to her daughter, her weight reached a peak of 260 lbs.

When Ayala gave birth to her daughter in June 2013, she suffered from postpartum depression and anxiety. Since she was suffering with her mental health, she was not as concerned about her physical appearance at the time.

Betsy tells People, “My brother suggested that I try to eat better to feel better.”

Ayala continues saying, “I had a newborn, and I didn’t have the will to cook, so I learned about Herbalife shakes and I gave it a shot. Slowly I started to feel better, and I started losing weight even though that wasn’t my intention — my intention was to feel better overall through good nutrition.”

Betsey found out her husband was cheating on her

Betsy slowly eased into a healthier lifestyle and started seeing the number on the scale drop without trying. When Betsy Ayala had lost her first 30 lbs, she found out that her husband was having an affair. Ayala and her husband had been dating since she was 17.

Facing betrayal and a potential new mentality of victimhood, Betsy Ayala chose to make a commitment to herself when the commitment she had made with her husband crumbled.

At that point, my whole world fell apart.

Ayala recounts to People, “For a couple of months we were trying to figure out if we could make this work, and it ended up not working out. At that moment, I thought, ‘This is not going to define who I am. I don’t want to be the way I have been all these years.’ That drove me to make a permanent change in my life.”

As a mother, Betsy wanted to be a positive and active role model for her daughter. She says, “I wanted her to be proud of me and have an example of a strong mom that perseveres despite whatever happens, and have a happy life.”

She wants to be a positive role model to her daughter

In that instant, Betsy Ayala’s life changed. She says, “That moment was when I decided that I wasn’t going to be the same person I was before.”

Betsy lost 103 lbs after that moment. In 2014, Ayala began working out regularly and overhauling her diet. She ditched the soda, processed foods, and junk, except she does have one cheat meal a week. Ayala also incorporated exercise into her daily routine, with only one day off a week.

According to Betsy, leading a healthy lifestyle has become natural to her by now. She says, “At the beginning it was hard, but it’s honestly not as hard as you think it is.”

Ayala explains, “Once you feel good and you make that change and you see how amazing it feels to feel good, it just becomes part of your life. For me, it’s second nature. I don’t question going to the gym — it’s part of what I do.”

Betsy continues, “And even eating right, it’s not, ‘Oh I have to eat healthy today.’ It’s part of my life now. I enjoy it.”

Betsey chooses to live life on her own terms

While Betsy Ayala’s husband could not maintain the commitment he had made to her on their wedding day to be faithful, this did not break Betsy down. She chose to live life to the fullest on her own terms and she took the action to do so. What began as a change in her diet to feel better mentally turned into a commitment to an entire body and life transformation.

When you feel good and you’re good with yourself both mentally and physically, it changes your perspective on life.

Betsy lost the weight, the cheating husband, and her old mentality. She replaced old and more destructive habits with positive ones, even becoming a wellness coach for others. While some commitments we make in life are celebrated by others loudly through parties, gifts, and accolades, some are celebrated simply through how we feel about ourselves.

Always remember to put yourself first. Make the biggest commitment of all, the commitment to your happiness and health, and watch the positive results improve your life. A commitment after all is a dedication to a worthy cause, and you, no matter who you are, are always going to be worthy.

Deaf Domino’s Employee Delivers Pizzas on Foot After His Car Breaks Down – In Return, He Gets a “Tip” of $12,000
Kentucky Woman Gets Unbelievably Lucky at Her Office’s Christmas Gift Exchange — Now She Can Afford to Send Her Kids to College
Looking for love? 44% U.S. adults use dating apps to find long-term partners: study
Woman Realizes the Homeless Man She Bumped Into Is Her Childhood Friend – Does Everything to Get Him Back on His Feet
How to Show Up When Nothing About Your Life Is Perfect