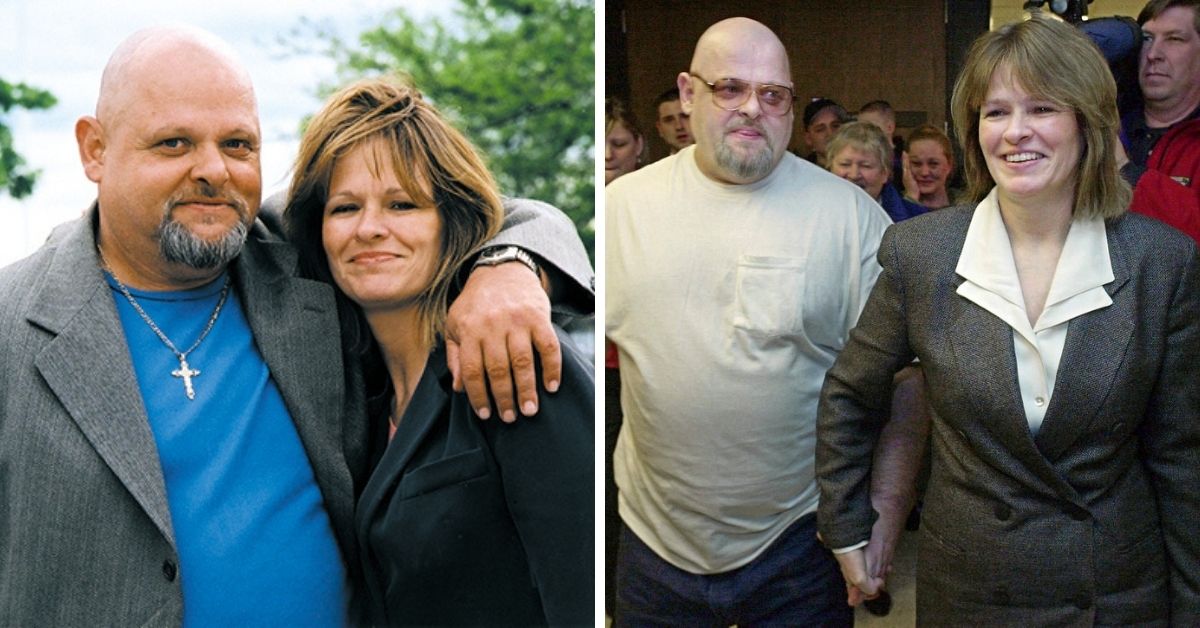 Everyone has their own reasons for choosing a specific career, be it medicine, firefighting or law. For one Betty Anne Waters, becoming a lawyer was a decision she simply had to make and it was one that changed her whole life.

When her brother was wrongly convicted of murder, Betty and her family were dealt a blow. She knew it in her heart that her brother was innocent. But only a barmaid who had dropped out of high school, what could she do to help her poor brother?

Well, go to law school and help prove his innocence.

They thought he would come home

Back in the 1970s, Betty dropped out of high school a year before completing it, and started working part-time as a waitress in a restaurant, with her brother Kenny. He was a year older than his sister and they were very close because they had survived a really rough childhood to get where they were. “We went through three or four foster homes,” Betty said in The Sun

There were nine kids in my family and my mother worked three jobs.

Eventually, Kenny left the restaurant and moved back to their hometown of Ayer so he could look after their grandfather. Then, a neighbor was robbed and killed. Because Kenny already had a criminal record for being a crook, the police immediately thought of him as a suspect.

However, Kenny had a strong alibi. He had been working all night long at a diner and had been to go court in the morning that day.

For the first time ever I’m thinking, ‘I’m happy Kenny was in court.’ What a perfect alibi. So Kenny was never a suspect.

Betty Anne Waters in The Guardian

Almost 3 years after the murder, he was arrested

Two and a half years later, Kenny was arrested by the police and charged with the murder. His family considered hiring a lawyer, but the $50,000 cost was beyond their means. However, since he knew he was innocent, Kenny told them not to bother.

“Kenny said, ‘Please, don’t do that, because it would just be a waste – all the evidence shows I’m innocent,’” Betty tells in The Guardian.

Betty reached back to the diner where Kenny had been working, knowing that the timecards from almost 3 years ago would prove his innocence.

“I was worried, because it had been more than two years. But the girl in the office said, ‘Yes, I just looked them out for the police, and they’re on their way over now to pick them up,’” Betty said.

In a terrible twist, the court mentions there was no timecards offered as evidence. It was a blow for Kenny and his family.

There was only one thing left to do

Betty was convinced of her brother’s innocence, but it was not enough. A net of circumstances conspired against him, including the testimony of an angry ex-girlfriend, which rendered his case more and more bleak. When he was found guilty, they were all in shock.

There were many difficult moments starting with when he was found guilty because we were all expecting him to come home that day. We thought that only guilty people went to prison and we knew he was innocent.

They tried to appeal, but the motion was rejected. Kenny lost hope and attempted to kill himself. This pushed Betty to take major action.

Then there was the appeal and then he tried to commit suicide. And that’s when I said I would go to law school.

Betty had to take things into her own hands

Kenny’s despair motivated her decision. “He actually asked me to go to law school. He said he couldn’t spend the rest of his life in prison, that he wouldn’t make it,” Betty says.

He said to me, ‘Betty Anne, if you go to law school I know you will find a way to get me out of here and prove me innocent’. So that became the promise between us that would keep him alive.

In her early 30s, married with two young sons at the time, Betty Anne enrolled at her local college. Thus started her long journey through law school.

I had a long way to go. I studied for 12 years, starting part-time.

“Then law school itself is three years,” she continues. “In law school you study for eight hours a day, five days a week.”

Her mission took a toll on her marriage

In the process, Betty dedicated two decades of her life – and even lost her marriage. “My husband used to say, ‘You love your family more than me’. He didn’t see any sense in me studying law. It wasn’t the only reason the marriage ended, but it was the straw that broke the camel’s back.”

Betty Anne was left to bring up her two sons — Ben, then aged four, and Richard, six — while she juggled studying with bar work at night to make ends meet. But the sacrifice was all worth it.

Betty then became a lawyer. Even then, there was doubt.

I’m thinking now, ‘What happens if I don’t find something? Where do we go from here?’ It was terrible, anxious. The community college had been a less anxious time, because I was just keeping Kenny alive. But now what?

During her studies in law school, Betty came across the  Innocence Project after reading a paper on DNA. This was the breakthrough she needed. When her brother was on trial, DNA was not yet an exact science. So she set out to find the samples from the case and compare them with her brother’s. And just like that, after 18 years in jail, Kenny was exonerated. Even his ex-girlfriend recanted her testimony.

But I think I knew she was going to recant, because I think she’d always wanted to, but was afraid of perjury. But once Kenny was free, she knew the game was up. Now she had to tell the truth.

But her fight is not over

Betty wasn’t satisfied with only proving her brother’s innocence. She also wanted to get justice. The police had made grave mistakes by putting the wrong man in jail.

“The DNA evidence exonerated Kenny, but it didn’t prove what the Ayer police did to Kenny, on purpose. And that’s what I wanted to prove,” she said in The Guardian.

In a tragic turn of event, Kenny died in a freak accident only 6 months after living jail. Throughout it all, Betty continued the fight for another 7 years and proved they had intentionally locked up the wrong man. “They’d tested his prints twice. They knew he wasn’t guilty. They knew from day one that Kenny was innocent,” Betty said.

She is back to her beginnings

Betty will never forget her brother, the only person who had believed she could become a lawyer. Today, she is not interested in practicing as a lawyer again, preferring to serve beer in the same bar she used to work at.

She continues to offer her help on a volunteer basis with the Innocence Project, helping other victims of legal mistakes.

I like helping the Innocence Project. I don’t want to do anything else. I like my life the way it is. It is a good life.

Betty’s incredible story inspires us to never stop fighting for what you believe in. If you are fighting for truth and justice and someone’s very life, no hurdle is too great to jump.

How to Make Things Better When It Seems Like Everything Is Going Wrong
Gary Vaynerchuk’s Life Advice Will Change Your Future | Gary Vaynerchuk Motivation (Gary Vee)
Beyond Dry January: 5 Benefits of Extending Your Break from Alcohol
This Year, Let Go Of The People Who Aren’t Ready To Love You
‘Gen Z yellow’: Next ‘it’ colour or marketing ploy?