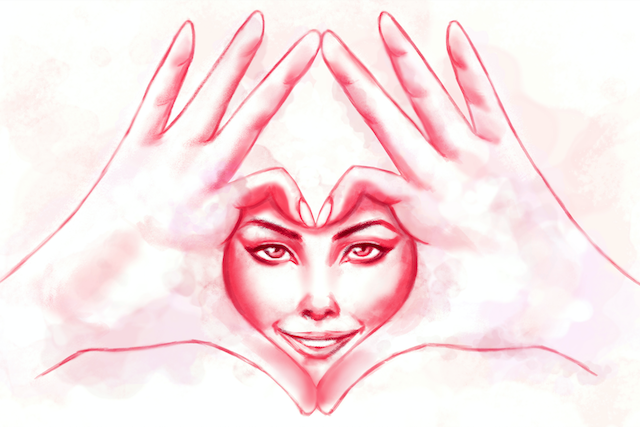 “Your value doesn’t decrease based on someone’s inability to see your worth.” ~Unknown

In my early twenties, I was a food and beverage manager at a nice hotel in Portland, Maine. About a month after I started working there, they hired our department director, a man twice my age whom I would report to.

At the end of his first week, we went out for a “get to know each other” drink at a loud and busy bar. As we drank and chatted, he was physically very close to me. I told myself it was because of the noise.

His knees were against mine as we chatted facing each other on barstools. It made me uncomfortable, but I didn’t do anything about it. He put his hand on my thigh as we talked. I pretended it didn’t bother me.

He leaned in very close to my face and ear as he talked about himself and told me how attractive I was. He led me through doorways with his hand gently on the small of my back.

There was more of this over the next few months. More of him stepping on and just over that invisible line. More of me acting as though I was okay with it and convincing myself that I was.

A few months after that night, he and I were in a position to fire a male employee who had several complaints against him for not doing his work.

The morning before the firing, Human Resources pulled me into their office to tell me that this employee had lodged a complaint about my boss and me. He had said that he knew we were going to fire him, and he believed it was because my boss and I were having an affair. His “proof” was that he saw us at the bar that Friday night and saw us “kissing.” There was even a line cook who backed up his story.

A few days later, both of these employees admitted that they didn’t exactly see us kissing, they just saw us talking very closely together, and it looked intimate.

HR dropped the complaint but no longer felt comfortable with firing this employee, so he stayed on. A few weeks later after a busy event that went poorly due to being understaffed, I was taken into the CEO’s office, and I was fired.

These two events—being accused of having an affair with my married older boss, and subsequently being fired for an event that I wasn’t even in charge of staffing—were the two lowest points of my professional career.

I honestly rarely think back to this time in my life, but I also recently realized that I never talk about this experience because of my embarrassment that I let this happen without objection.

What This Story is Really About

I didn’t think that my boss would hurt me. I wasn’t even worried that I would lose my job if I pushed back. I was afraid that if I acted like someone who was bothered by his comments, I would be seen as a lame, no fun, boring, stuck-up prude.

I subconsciously believed that my worthiness as a person was determined by people who were cooler than me, more successful than me, smarter than me, or more liked than me.

I believe that had I told my boss “no,” he would have listened. I’d gotten to know him over several months, and while he was egotistical, dim-witted, and selfish, I think he would have respected my boundaries had I set them. I just never did.

There are a lot of layers to this story. Far too many to cover in one post.

But the reason for writing this today is to share what I was so ashamed of. I was ashamed that young, twenty-something me was so insecure and so afraid of rejection that her people-pleasing led to allowing this man to touch her and act inappropriately.

She was so afraid that if she set a boundary and said “no” she would be seen as too emotional, weak, and a complainer. She would become “less than.”

I’ll restate that there are a lot of layers to this; from the patriarchal system at this business (and society as a whole), to the abuse of men in power, to mixed messages at high school where girls were not allowed to wear certain clothes because the boys would get distracted, to a lack of examples through the 90s/early 2000’s of what it looks like for a young woman to stand up for herself in a situation like this, and far beyond.

Insecurity was a Trend Throughout My Life

People-pleasing was a huge problem for me in several areas of my life for many years. It’s something that held me back from so much.

I wasted so many years and felt a lot of pain, and a whole lot of nothing happened as I was stuck. Stuck feeling worthless, unlikable, and unknowing how to “please” my way out of it.

I spent years numbing how uncomfortable my insecurity made me feel by smoking a lot of pot. I avoided what I came to realize were my triggers by staying home or finding excuses to leave early if I did go out. I blamed everyone else for how they made me feel. I compared myself to everyone and constantly fell short.

Until eventually, I realized the cause for all this pain and discomfort was believing my worth was based on what other people thought of me.

The Emotional Toolbox That Saved Me

If I could go back in time to give myself one thing, it would be the emotional toolbox that I’ve collected over the years so that I could stop living to please other people, because I know now that I am inherently worthy.

By my thirties I found myself on a journey to lift the veil of insecurity that hid me from my real self. This wall I’d inadvertently built to protect myself was keeping me from seeing who I really was beneath my fear and anxiety.

Once I found the courage to start tearing down that wall and opening myself to the vulnerability necessary to truly connect with the real me, I was able to discern between who I am and what I do. I learned to stop judging myself. I learned my true value. And I liked what I saw.

Core values are the beliefs, principles, ideals, and traits that are most important to you. They represent what you stand for, what you’re committed to, and how you want to operate in the world.

Knowing your core values is like having a brighter flashlight to get through the woods at night. It shines a light on the path ahead—a path that aligns with your true self—so that you can show up in the world and to challenging situations as the person you want to be.

It helps you decide in any given scenario if you want to be funny or compassionate, direct or easy-going, decisive or open-minded. These aren’t easy decisions to make, but knowing how you want to be in this world helps you make the decisions that best align with your authentic self.

And when you truly know yourself and act intentionally and authentically in tune with your values (as best as you can) a magical thing happens: You connect with your own inherent worthiness.

For me, I came to realize that I am a compassionate, kind, courageous, funny, well-balanced woman constantly in pursuit of purposeful growth. I like that person. She’s cool. I’d hang out with her.

More importantly, I believe she is a good person deserving of respect. Which means I don’t need to accept situations that cross my boundaries. I have a right to speak up when something makes me uncomfortable.

Connecting With Others About My Shame

Shame breeds in the darkness. We don’t normally speak up about the things that we feel embarrassed about. And that leads to us feeling isolated and alone with how we feel.

Whether it’s reading stories online, talking with friends, joining a support group, going to therapy, or working with a coach, share and listen. A vital component of self-compassion is learning to connect over our shared experiences. And it takes self-compassion to respect and believe in our own self-worth, especially when confronted with our inner critic.

By sharing my feelings of insecurity, I learned that a beautiful friend of mine also felt ugly. I thought, “Wow, if someone that gorgeous could think of herself as anything less than, my thinking might be wrong too.” I found out that even talented celebrities from Lady Gaga to Arianna Huffington to Maya Angelou have all felt insecure about their abilities. That somehow gave me permission to feel the way that I did, which was the first step in letting it go.

Who can you connect with? If you’re not sure, or you aren’t at a place yet in your journey to feel comfortable doing that, perhaps start by reading stories online.

Coaching Myself Through Insecurity

Alas, I am only human. Therefore, I still fall victim to moments of insecurity and feel tempted to let other people dictate my worth. Knowing that purposeful growth is important to me, I know that the work continues, and I’m willing to do it.

So I coach myself through those challenging times when I say something stupid and worry about being judged or I come across someone who is similar to me, but more successful and fear that means I’m not good enough. I’ll ask myself questions as a way of stepping out of self-judgment mode, and into an open and curious mindset. These are questions like:

Or I’ll break out the motivational phrases that remind me of my capabilities or worthiness like:

Sandy is a former anxiety-riddled, insomniac stress-aholic turned coach. She helps career-driven women and working moms master their stress and anxiety, to motivate themselves with kindness instead of criticism, to face life’s challenges with Graceful Resilience, and to start truly enjoying life without all that unnecessary worry.  Her coaching and free resources like the Stress Detox Mini Course help women to take back control of their lives to live more fully and freely.

Parents issue warning after teen dies from inhaling aerosol deodorant
Uber Driver Donates a Kidney to His Passenger – Here’s Why He Insists It’s Not a Coincidence
This Year, Let Go Of The People Who Aren’t Ready To Love You
This Is How You Become the Best Version of Yourself in One Step | James Lawrence | Goalcast
The Single Greatest Mistake A Man Can Make | Jordan Peterson