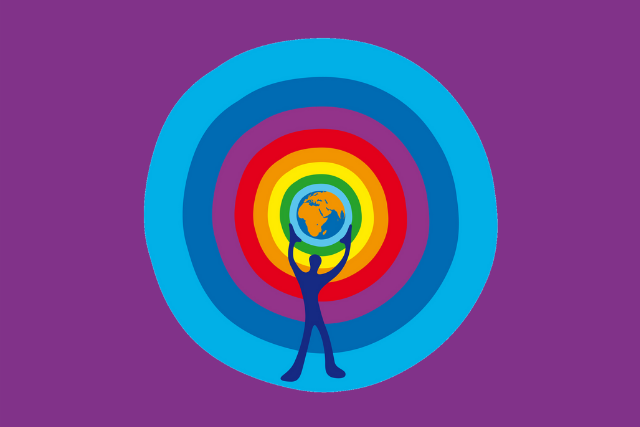 “Some people are going to reject you simply because you shine too bright for them. That’s okay. Keep shining.” ~Mandy Hale

After I finished school, I was excited about moving forward with life.

I thought about the career that I hoped to have, where I hoped to live, and the things that I wanted to accomplish.

After starting off as a secondary high school English teacher and becoming disappointed with the ongoing changes in the public school system, I went to graduate school for law. I thought it would open up a lot of possibilities, but it did not.

I never had any dream of being an attorney in a courtroom. Instead, I always wanted to work in Europe or South America with people from different cultures, nationalities, and backgrounds. I wanted to make a positive difference in a humanitarian way by working with people personally to implement change and improve their lives.

Life had something different in store for me, though. I ended up being rejected endlessly, well over a thousand times for every application that I sent out over a period of years.

Disillusionment set in. There was the feeling of “why even continue to try anymore?” As the rejections piled up, friends that I had known for years began leaving as well. Their calls and visits became less frequent. They moved on with their lives, careers, marriages, and kids.

I felt left behind and rejected not just by jobs, but by life in general. The hurts and betrayals were leading me to lose my passion and enthusiasm. Then there were the callous remarks from friends, people in the local community, when I asked if they knew of a position, former professors who couldn’t assist in any way now that I’d graduated, college career center advisors, and even extended family members.

It took time, but I finally came to the realization that those who were endlessly rejecting me weren’t the ones who really mattered. I would keep shining brightly with or without them.

Here are the four things that helped me to finally “reject” the non-acceptance and rejection that I was experiencing from others.

Someone once told me, “there is no box.” Society tries to “box” us in and to restrict us to defining ourselves within certain narrow limits. However, I realized that there really is “no box,” and that I could apply my skills and talents in other ways and in other places.

I didn’t have to conform to where I was or seek the acceptance of those who were currently around me.

I started meeting new people and looking at other places and countries, and I stopped trying to seek the acceptance of those who had already decided that they weren’t going to accept me for who I was. The employers, institutions, and agencies told me I was  “overqualified” or that that there were “many qualified candidates” and I hadn’t been considered, or they’d keep my resume on file.

It was as though no matter what I accomplished and no matter how hard I worked, it was never “the right skill set” or “enough” for the particular place or person that I was submitting to.

In a way, I came to accept their rejection, because I knew that the answer was getting out of my box and realizing that someone else would be more than happy to accept me for who I was.

2. Let go of the need for approval by others.

Letting go of the need for approval opens up exciting new doors. We are finally free to be who we really are.

I wanted to live up to the expectations of family and society. I think that’s why it hurt so much to receive so many rejections over such a long period of time. I wanted to be “successful” according to society’s expectations. I wanted to follow the path of what everyone told me was a “regular” and “secure” life.

I’ve since realized that I get to define success for myself.

Success, for me, means doing what I love—teaching, reading, traveling, meeting and working with people from throughout the world, studying languages, and experiencing different cultures.

Everything changed for me when I decided to live my life on my terms now rather than looking for a company, agency, government institution, or some other entity to provide me with the chance or opportunity. I wasn’t going to wait for permission from someone or something else.

I also realized I can use my skills in the world outside of the narrow and limited context of the jobs and people who were rejecting me.

For example, I can teach, and I can work to help others, but it doesn’t have to be within the rigid structure of the public education system.

I can use the skills that I’ve acquired to be a global citizen and to learn and grow every day without confining myself to the parameters of one place, country, or culture. I can be an amalgamation of all of them, as I continue to grow as a person, both personally and professionally, but on my own terms, not those that are dictated to be by someone or something else.

As I let go of the need for others to approve of me, my world expanded, because now I could go after those things in life that I was passionate about rather than just trying to conform and satisfy others.

Journaling and connecting with our true selves, and what really brings us joy, can make us value ourselves again in spite of any opposition and rejection that we experience from the world.

It can also help us reconnect with the things we used to love when we were younger—the passions we lost after going through years of school and trying to do what we thought we had to do in order to be successful in the eyes of society.

Journaling helped me get back to my uniqueness as a person and was what really motivated and inspired me. It helped me pay attention to what made me happy again and those things that I’d really like to do or accomplish.

I was inspired by my experiences in the world that were outside of my comfort zone and by the rich and varied cultures and experiences that were waiting out there. As I continued journaling, I also realized I’d always been inspired by the possibility of teaching and helping others, but in an international capacity.

As a result, I’ve had the opportunity to help students with autism, to teach English to students and adults internationally, and to write for a variety of places abroad that did accept and value my work. However, I would never have explored these aspects of myself if I had been accepted by those who were rejecting me. Which means really, their rejections were blessings in disguise.

4. Support those who support you.

We can reject rejection by supporting those who support us through both the good and the more difficult times in our lives. Why support those who are only there for you when life is good?

The hard times made me realize who really was on my side. The people who stayed with me and continued to believe in me supported me through both the victories and the disappointments. There was a tremendous difference between those individuals and others who no longer answered calls or emails, except when I was “successful.”

Now, I may not have as many friends as I once did, but those that I do have are an important part of my circle and people that I can rely on.

Someone once told me, “Now I know who the true believers are.” I feel that way about those who have proudly celebrated my successes and have also been there for me during my darkest moments.

I hope you’re fortunate enough to have people in your life who genuinely support you, even if it’s only one person. If you don’t, try to open yourself up to new people, and stop giving your energy to people who accept you conditionally or regularly disappoint you. Creating a supportive circle begins with that first step of making a little room.

It wasn’t easy for me to overcome rejection and non-acceptance, and I still struggle with it at times. No one wants to feel left out or like a failure. But I’ve realized I can only fail by society’s terms if I accept them—and I don’t.

Instead, I’ve rejected the “box” other people tried to impose on me, gotten outside my comfort zone, let go of the need for approval, started rediscovering what excites me, and shifted my focus to those people who have always supported me, regardless of what I’ve achieved. And I’m far happier for it.