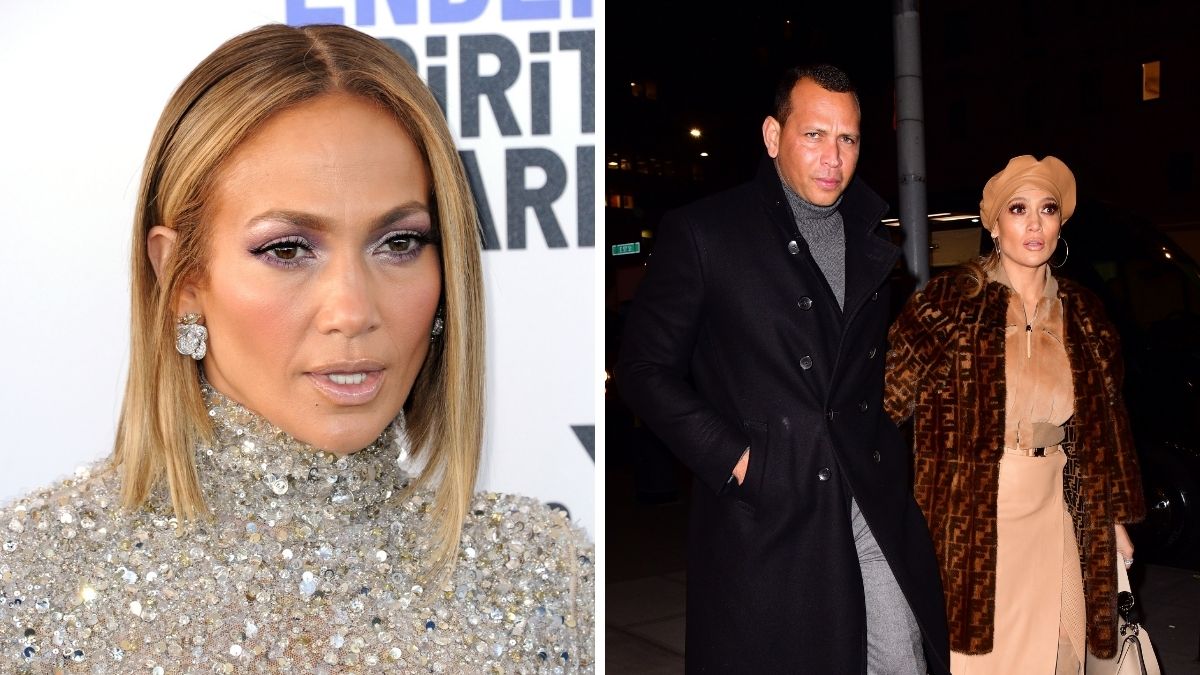 Yet another celebrity romance bites the dust.

On Thursday, April 15, Jennifer Lopez and Alex Rodriguez announced that they were officially calling it quits as a couple. Rumors had been rumbling for a while that something was amiss between the power couple. The press first reported in early March that they were heading to splitsville, but insider sources debunked the narrative quickly by claiming that the couple had only been going through a rough patch at the time.

This clarification was further supported by paparazzi photos of J-Lo and A-Road appearing affectionate towards each other in the Dominican Republic. Alas, their efforts at patching things up didn’t work in the end, and they decided to respectfully go their separate ways.

As per People, the joint statement issued by both parties reads: “We have realized we are better as friends and look forward to remaining so. We will continue to work together and support each other on our shared businesses and projects. We wish the best for each other and one another’s children.”

They concluded the statement by thanking everyone for sending “kind words and support.” In the wake of the announcement, the public rushed to jump to conclusions and point fingers at J-Lo for messing up yet another relationship, but do they indicate a double standard? Here’s what we can learn from J-Lo and A-Rod’s breakup:

Both Jennifer and Alex have histories of failed relationships, but does J-Lo get singled out for it?

It’s no secret that J-Lo has had trouble in the love department. She’s been married three times and has been involved in a number of high-profile relationships. Her first marriage to Cuban server Ojani Noa lasted for a year. Her explosive, widely-publicized romance with Sean “P. Diddy” Combs ended at six months. Her second marriage to background dancer Chris Judd also perished within a year. Her iconic love story with Ben Afflected made it nearly two years before the pair decided it wasn’t working anymore.

Her marriage to Marc Anthony had been Jennifer’s longest at seven years, but it didn’t work out yet again. Nevertheless, the two did become parents to twins, Max and Emme, who continue to be Jennifer’s pillars of strength through thick and thin.

Of course, it doesn’t take a genius to figure out a pattern of whirlwind romances and untenable marriages. Yet, social media users decide to band together to fault J-Lo specifically for the breakdown in her relationship with A-Rod — ignoring the fact that he himself has a history of unsuccessful relationships.

Alex was married to psychology graduate Cynthia Scurtis from 2002 to 2004. The divorce proceedings were ugly, and Cynthia accused Alex of extramarital affairs, “emotional abandonment” of their family, and other “marital misconduct” on his part. Following his divorce, he dated a steady stream of celebrity women: Bethenny Frankel, Kate Hudson, Cameron Diaz, Torrie Wilson, even Silicon Valley executive Anne Wojcicki.

Yet, when it was time to hold someone responsible for the relationship’s demise, J-Lo ended up with the short end of the stick. She’s been receiving a barrage of critical remarks on how she can’t keep a man or how she is likely a “nightmare” of a girlfriend. Instead, Alex is depicted as a sympathetic figure who fought for her for as long as he could before being thwarted by her so-called difficult personality.

The vitriol leveled at J-Lo is nothing but a demonstration of misogyny. Are the same people judging her for allegedly “driving” out her fiancé also commenting on Alex’s disastrous dating history? How much flack is he receiving for breaking it off with yet another Hollywood A-lister? The fact that men are allowed to revel in behaviour that gets women lambasted speaks to a society that still can’t come to terms with women’s choices.

Rumours of infidelity or the beginning of the end?

Quite a few outlets have stated that tensions between the former couple had been brewing for a while. Before the first split was reported, allegations arose that Southern Charm starlet Madison LeCroy had had a dalliance with Alex Rodriguez. A fellow Southern Charm cast mate, Craig Conover, accused Madison of exchanging flirtatious messages with an ex-MLB player, which Madison revealed as Alex Rodriguez. She said that while they never met in person, they had sent a few messages back and forth over Instagram.

Madison went on to disclose that she and Alex had had “innocent” phone conversations during quarantine, but it didn’t go further than that. She stated that Alex has “never physically cheated on his fiancée” with her. Madison also added that these exchanges occurred during March 2020 — nearly a year before the rumors started circulating — and that she had signed a non-disclosure agreement of some sort with Alex’s team.

While we don’t know the details of what transpired between Madison and Alex, it could have very well played a role in how his relationship deteriorated with J-Lo. Or perhaps it made no difference to what was already a sinking ship.

Her treatment mirrors that of another Jennifer

Nevertheless, those condemning J-Lo are not taking this issue into account at all and have instead latched onto the theory that something must be wrong with her if her relationships fall through. Not that people should instantaneously assume that Alex’s alleged affair was what doomed their engagement, but you also can’t declare J-Lo to be in any way unfit as a romantic partner.

The treatment being meted out to Jennifer Lopez is not dissimilar to the nationwide investment in yet another Jennifer’s love life — Aniston. Aniston continues to be portrayed as the ultimate sad sack spinster by the vicious press. She’s a cool, level-headed, wildly successful actress who’s always taken life in stride, but the media is convinced that she won’t truly be content until she’s happily — and continuously — married. Moreover, people try to attribute her broken marriages to a perceived defect in her character, even if the men in her life were clearly the perpetrator in some cases.

Until you learn to love yourself, you can’t completely love [someone else] in a way that is pure and true. Once you do that, you can have relationships that are based on love and respect, that are supportive and nourishing

Don’t jump to conclusions without evidence

The key takeaway from this blatant showcase of double standards is that both parties need to be given their privacy and space in the wake of their split. Admonishing one person while defending the other person without any solid evidence is meaningless and only contributes to a toxic environment.

We need to be more conscious of other people’s feelings when discussing sensitive subjects such as breakups, marriages, or divorce. Sometimes, the connection isn’t there anymore, and no one can be faulted in such a case. Therefore it’s up to us to approach these areas with empathy, patience, and understanding. If there is sufficient reasoning to clearly favor one side over the other, go ahead. If there’s not, best to leave the situation as it is and keep minding our own business.

This Year, Let Go Of The People Who Aren’t Ready To Love You
Sweet Revenge: Woman Wins Lottery Jackpot After Husband Leaves Her for Best Friend
Louisiana Woman Gives Free Wigs to Children Suffering Hair Loss — Their Reactions Will Warm Your Heart
Quordle: Hit Wordle-style game finds B-U-Y-E-R in Merriam-Webster
7 False Beliefs That Will Keep You Trapped in Your Head Forever