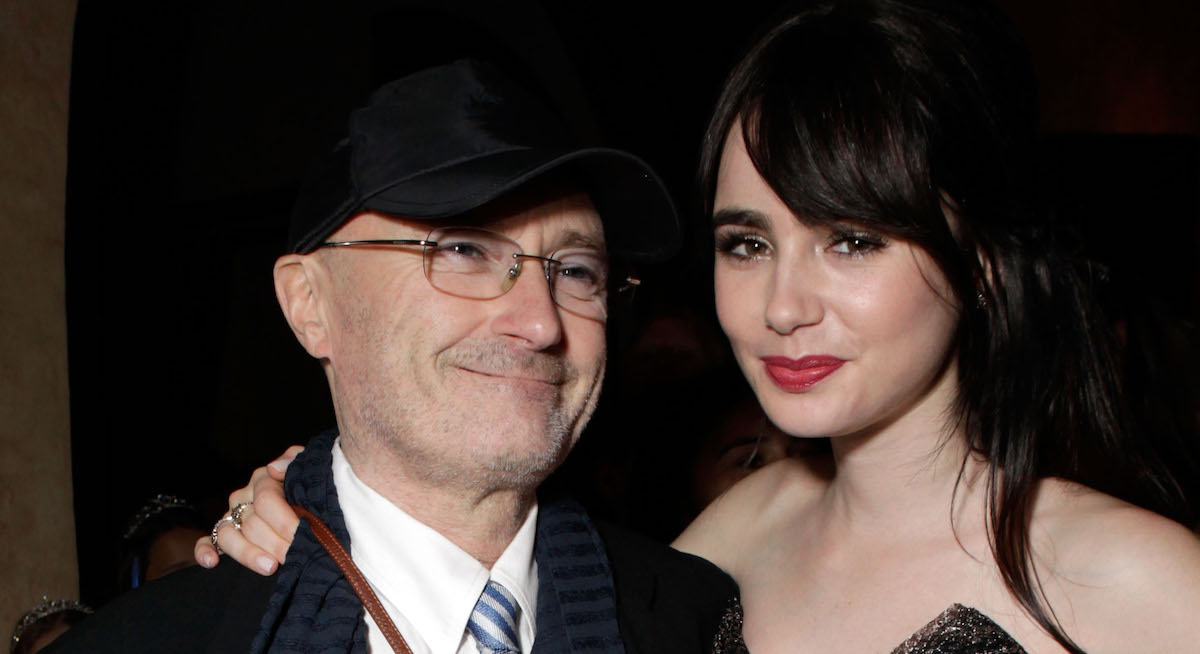 None of us have perfect relationships with our parents. Hell, some of us (including yours truly) have relationships that were devastating in childhood and remain devastating to this day. As always, it’s how we deal with the cards we’re dealt that matters most in life.

For those of us seeking a little guidance on how best to deal with the damage done by toxic parents, actress, model and writer Lily Collins is an inspiration, to say the least. Collins has more than once spoken out about how her superstar dad, British musician Phil Collins, was not the father she expected, and we can all learn a little something from her journey to forgiveness.

It starts in childhood

Collins was seven when her mother Jill Tavelman and Phil Collins parted ways after a very bitter divorce. Her father had cheated twice, and then ultimately decided he was no longer in love with Tavelman. Seeing her parents part ways for good left its imprint on the young Lily Collins, who was very distressed and anxious about their divorce.

Later, as a teen, she found herself longing for her dad’s attention and praise and but always felt she wasn’t doing enough to earn it. She rarely saw her father and has said:

He may have still been alive, but most of the time it felt like he was gone.

Ghosts from the past

To add insult to injury, when Collins was 19, she found herself face-to-face with ghosts from her past when her father went through a divorce with his third wife, Orianne Cevey. The negativity between the couple, their separation, and the finalization of their divorce all brought back bad memories from the times when she had seen her father and mother break off their relationship.

It was around this time that she entered into “a perpetual state of fear,” and started suffering from anorexia and bulimia. To this day, she contends that this had to do with unresolved feelings from her troubled childhood.

“My life felt out of control. I couldn’t handle the pain and confusion surrounding my dad’s divorce and I was having a hard time balancing being a teenager with pursuing two grown-up careers — which focused heavily on how I looked,” she said.

My throat burned and my esophagus ached. My periods stopped for two years and my life was out of control. I was terrified I had ruined my chances of ever having kids.

In 2017, Collins published a book of personal essays, Unfiltered: No Shame, No Regrets, Just Me which described the disconnect that grew between her and her father, and detailed how many of her deepest insecurities stem from outstanding issues she had with him.

In an open letter to her father which she included in her book, she wrote, “I’m learning how to accept your actions and vocalize how they made me feel. I accept and honor the sadness and anger I felt toward the things you did or didn’t do, did or didn’t give me”

Throughout her deeply cathartic letter—which can only be construed as an act of deep self-love—she journeys steadily toward forgiveness. “I forgive you for not always being there when I needed and for not being the dad I expected…I forgive the mistakes you made,” she writes.

And although it may seem like it’s too late, it’s not. There’s still so much time to move forward. We all make choices and, although I don’t excuse some of yours, at the end of the day we can’t rewrite the past.

Today, Collins has a successful career, has been nominated for a Golden Globe, and has starred in several hit movies, including Tolkien (2019). But it was only possible for her to find peace within herself and start the real healing after she took the steps necessary to forgive her father.

These steps included acknowledging the pain she had gone through, and acknowledging her father’s mistakes as well. Slowly but surely, Collin’s relationship with her father began to mend. Recently, she went one further and made the decision to express affection for him on Instagram by wishing him a happy 67th birthday.

“Happy birthday Dad! For the past 30 years I’ve watched you go through ups and downs and navigate highs and lows. We’ve traveled the world exploring and shared amazing memories at home. We’ve laughed, cried, and sat in peaceful silence together. I’m eternally grateful for the lessons you’ve taught me and the moments we’ve shared. There’s so many more exciting ones to come. No matter where we are or what we’re going through, my love for you deepens and my understanding of you grows. I love you to the moon and back again…”

Forgiveness is for you

The bottom line is this: whether or not we rebuild an actual workable relationship with our parent(s) is beside the point when it comes to learning forgiveness. If you want to, and if it doesn’t feel destructive to do so, then you probably should. But if that ship is never returning, emotional release is crucial nonetheless.

You might try writing an open letter that no one will ever see—whatever it takes. Coming to terms with negative or damaging relationships with your parents means purging the toxins, the ghosts—whatever you want to call the poison that still lingers in you today—so that you can ultimately free yourself from the past enough to move on into the sunlight of this present moment and keep right on growing.

This Year, Let Go Of The People Who Aren’t Ready To Love You
7 False Beliefs That Will Keep You Trapped in Your Head Forever
How to be the Smartest in the Room | Ibram Kendi | Goalcast
This Is What Self-Care Really Means, Because It’s Not All Salt Baths And Chocolate Cake
This Is How You Become the Best Version of Yourself in One Step | James Lawrence | Goalcast