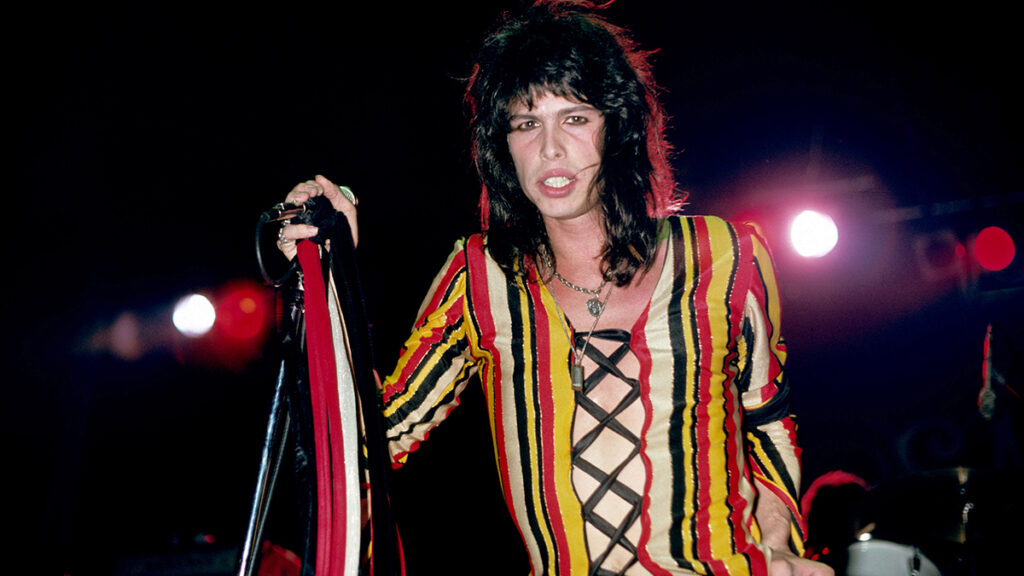 Liv and Steven Tyler are one of the most powerful father-daughter duos in the entertainment industry. He’s a legendary rockstar with an illustrious career spanning 55 years, whereas she is a brilliant, charming actress who has consistently impressed with her thoughtful performances in film and television for twenty-odd years.

Dysfunctional families are a dime a dozen, yet Steven and Liv continue to have the utmost respect and gratitude for one another. Yes, they represent two different generations and hail from two different areas of the business, but it doesn’t stop them from showering heaps of praise upon each other, no matter the occasion.

You’d see their sweet, loving relationship and think that Liv must have been daddy’s girl from day one — but this couldn’t be further from the truth. Liv Tyler hadn’t even known Steven was her biological father until she was about 10, at which point she had to reexamine her entire family situation and determine the type of relationship she wanted to have with the Aerosmith lead as well as with her adopted dad.

Here’s the bizarre but ultimately delightful story of how Liv Tyler figured out she was Steven Tyler’s daughter.

Liv Tyler was born Liv Rundgren to Bebe Buell, a model, musician, and former Playboy magazine playmate, on July 1, 1977. Bebe was in an on-and-off relationship with rock artist and member of the band Utopia, Todd Rundgren, when she met Steven Tyler in the mid-seventies.  Bebe and Steven enjoyed a quick fling in 1976, resulting in Liv’s birth a year later.

Though Bebe and Todd had been broken up at the time of Liv’s birth, Todd decided to step up to the plate, put his name on Liv’s birth certificate, and decide to raise her as his own daughter, knowing completely well that her paternity was complicated.

Bebe revealed in an interview that she and Todd decided early on that he would act as Liv’s father for all intents and purposes, and “if it ever became an issue, we’d tell her at 18,” she said. Bebe was only 23 when she welcomed Liv. It had been overwhelming for her to navigate life as a single mother in New York City, so she often sent her daughter to live with her uncles, aunts, and cousins in Maine. Liv claims that she had a “very family-rich childhood” and generally didn’t have any reason to doubt her parentage.

But suspicion took root in Liv’s mind when she encountered Steven Tyler in a concert at age nine. She’d caught a glimpse of Steven’s second-born daughter, Mia Tyler, and immediately detected a resemblance between the two of them. “I was literally like looking at my twin,” said Liv.  Even at the age of nine, Liv could figure out that something was amiss and that she needed to follow her intuition.

When I realized that Steven was my father, it was a moment that was bigger than me, it was almost spiritual […] I felt a connection in a very strong way when I met him as a little girl and I didn’t know why at first, but I figured it out rather quickly.

Liv immediately confronted her mother over her theory, who let the cat out of the bag without resistance. She reportedly hid Liv’s paternity because Steven had been “heavily addicted to drugs at the time,” and therefore, she didn’t think he would be a stable enough presence in her young daughter’s life.

Once Steven found that he had a daughter he didn’t know about, he “started calling” incessantly in the hopes of building a relationship with her. Liv said that she and her mother would go see him often — he’d just gotten out of rehab and had been looking to make some swift changes to his lifestyle.

Liv started to spend more and more time with her biological father and realized that they had way more in common than their DNA. She said that they “look so alike” and even “do things the same way.” She also noticed that Mia’s mannerisms were so eerily similar to that of her own.

Over the years, Liv started feeling so connected with the Tyler clan that she underwent a name change in 1991 and changed her last name to that of her father: Tyler. Steven could have easily avoided this paternity revelation and went about his life, but he decided to go above and beyond to build and maintain a loving, supportive relationship with his newfound daughter.

Liv also started becoming involved with her father’s musical career. She appeared in Aerosmith’s music video, ‘Crazy,’ when she was just in high school. Steven also wrote the song, ‘I Don’t Want To Miss A Thing,’ for Liv’s movie Armageddon. The father and daughter had established such an easygoing, no-holds-barred rapport that he was even present in the delivery room when she gave birth to son Sailor in 2015. It’s safe to say that they have overcome their rough, awkward beginnings and genuinely see each other as father and daughter now.

But Liv’s affection for Steven doesn’t change the fact that she still has plenty of love for her adoptive dad, Todd. He’s been there for there from the beginning and decided to undertake the responsibilities as a father despite knowing that the child might not be his.

I’m so grateful to [Todd], I have so much love for him. You know, when he holds me it feels like Daddy. And he’s very protective and strong.

At the end of the day, Liv is grateful for both her fathers and appreciates her wonky, non-traditional upbringing. She doesn’t hold any resentment for her mother, as she knows that this would have been a tough call to make for anyone in her position. She certainly credits Todd for being a “stable, loving force” in her life. And she cherishes every moment with Steven, knowing that she could have very well gone through an alternate timeline without Steven’s presence to guide her.

Both my fathers are unconventional. They are like unicorns or wizards. They are musicians through and through. The way they think is just different. Their eccentricities have made me more practical and more normal, in a way.

Embrace your family however you can

Our lives may not be as dramatic or surreal as Liv’s, but that doesn’t mean that our families don’t come with their set of baggage. Family can appear in many shapes and sizes, so all you can do is hang on for the ride and take in each and every moment as they come.

If we love our family, we shouldn’t worry about the awkwardness or the quirks or the non-traditional experiences — we should embrace these moments to the fullest extent and share love however we can. Not everyone is perfect, but as long as you have the intention of making it work, nothing is impossible.

This Year, Let Go Of The People Who Aren’t Ready To Love You
This Is How You Become the Best Version of Yourself in One Step | James Lawrence | Goalcast
The Single Greatest Mistake A Man Can Make | Jordan Peterson
How to Un-Stub Your Toe on the Nail of Life | Eric Bailey Motivational Speech | Goalcast
7 False Beliefs That Will Keep You Trapped in Your Head Forever