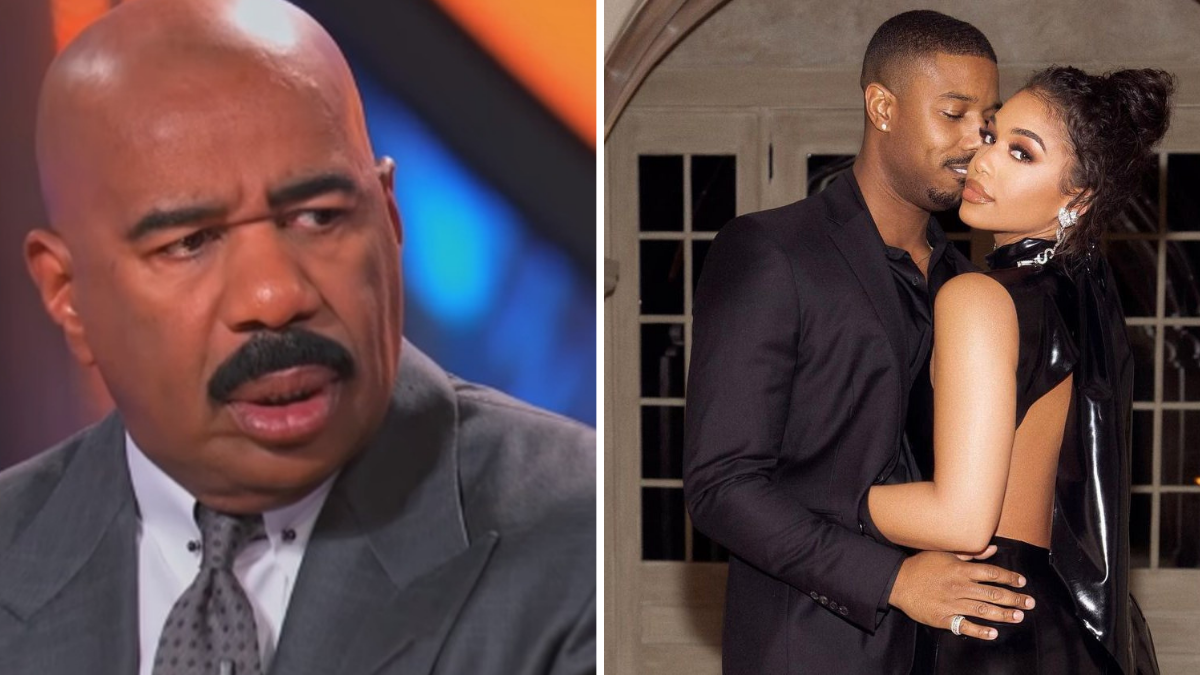 Is Michael B. Jordan the perfect guy for Steve Harvey’s daughter?

When it comes to romantic relationships, parental approval is generally preferable, but not necessary, to receive acceptance for a given partnership. It’s a tale as old as time when the parents do not “approve” of their child’s partner of choice. Whether it is for personal or cultural reasons, a father or a mother can reject their offspring’s love interest which often adds stress and complication to the relationship.

When a parent rejects a romantic partner it can lead to the duo’s demise, but when a parent accepts the significant other, that can lead to further inclusion and greater chances of the relationship’s success.

What does Steve Harvey actually think of his daughter’s boyfriend?

When Michael B. Jordan and Lori Harvey went Instagram public, the internet was ablaze. Michael and Lori’s separate pursuits for love have been made very public so it’s hard not to root for their relationship. Haters are always going to hate, but supporters for the new couple have been coming out from all over the place. The most important supporters however are from within your inner circle.

Fathers are notoriously protective to varying degrees over their daughters. So, when Lori Harvey brought home People’s Sexiest Man Alive Michael B. Jordan, Steve Harvey tried to find something wrong with him at first. But Michael B. Jordan, an acting vet known for his roles in The Wire, Fruitvale Station, Creed, and Black Panther, isn’t your typical Hollywood player. In fact, Jordan has been infamously single by choice in the past as he told GQ that he was looking for a real connection with someone.

As it turns out, Michael would find that real connection in Lori Harvey. The A-List actor also has no problem showering his love with fairy tale levels of affection. Whether it is showing the world that they are an item by making it Instagram official, to renting out an aquarium for Harvey on Valentine’s Day, Jordan is all about making her feel special. It would seem that Lori’s father Steve Harvey would notice Michael B. Jordan’s efforts, and not only notice them, but approve of them as well.

You know what? I have tried not to like him.

On Ellen, Steve Harvey said of Michael versus Lori’s ex-boyfriends, “I have tried to find something wrong with him that I could dig in and go… ‘cause I done got rid of all of them.” Sounding like a frustrated parent who just wants the best for their child, Steve says, “Some of them just snuck in the back door on me and lasted a lot longer than I wanted to.”

But when it comes to Michael, Steve gives two emphatic thumbs up. He said:

But this guy is such a good guy, man. He is one of the nicest guys, man. I’ve met his father. I’ve sat up with him. We’ve talked for hours. I just can’t find nothing wrong with him. I’m hoping to.

Steve Harvey about Michael B. Jordan

All jokes aside, the Hollywood funny man hopes that Lori and Michael last as a couple. According to Steve, “I’m hoping this lasts ‘cause this is a really, really good guy, man.”

We all hope that our loved ones find partners that match the uniqueness we see in them ourselves. Love is infectious, especially when you can see that those people bring out each other’s inner lights. For Steve Harvey, seeing Lori with a “good guy” was important. For Michael and Lori, they’re just trying to figure out this thing called love like the rest of us, except they’re under the watchful public eye.

While every young couple faces their separate and distinct obstacles, Lori’s father is one person who is not going to stand in their way. Steve Harvey approved of Michael B. Jordan based on his character which speaks volumes of the successful actor.

Whether or not a parent gives their approval is not what’s important, but it can make for a less bumpy road in many different ways. Michael B. Jordan was the exception for Steve Harvey and Lori Harvey was the exception for Michael B. Jordan. Love is in the air and as most of us know when you start dating someone, you’re often not just dating them, you’re dating their whole families.

Michael B. Jordan stayed single for a long time hoping to find the One

When things get serious to the stage when families get involved and opinions get thrown around, you can hope for one of two things. One, that your family will welcome your partner with open arms. Two, that you will have the strength to stay together if they do the opposite.

While yes, Michael B. Jordan may be the Sexiest Man Alive with a new movie, Without Remorse, coming out on April 30, he is still at the end of the day a man wanting to be with a woman. Luckily for Michael and Lori, Steve gives Michael the stamp of parental approval.

I have tried to find something wrong with him that I could dig in and go… ‘cause I done got rid of all of them.

Steve Harvey about Michael versus his daughter’s ex- suitors

Michael B. Jordan earned Steve Harvey’s approval over time. In getting to know Michael for who he is, Steve learned that Michael’s character matched what he wanted for his daughter in a significant other.

Michael defies Hollywood’s expectations of how an uber-successful young male actor should be. While he may be many women’s dream date, he remained single for a long time while dreaming of the One. It is clear in the smiles on both Lori on Michael’s faces that they make each other happy. The fact that their smiles make Steve Harvey happy as well, is just icing on the cake.

Love is about the two people involved in the relationship at its core, but as we all know, there are levels to this. Once families become involved and more people have a say on your relationship, it can be put to the test. Remaining connected as a couple is what is key to getting past this stage of assessment, as is being yourself. Real love has a way of working itself out and always being the exception to the rule.

MASTER SELF MOTIVATION – Les Brown Motivational Speech
The Most Heartfelt Speech About Being Your Best | Gian Paul Gonzalez | Goalcast
Looking for love? 44% U.S. adults use dating apps to find long-term partners: study
‘It was my heart’: Women with heart disease face barriers to care in Canada, report says
8-Year-Old Boy’s Family Is Down to Their Last $12 Living in a Shed – Until His Own Business Saves Them All