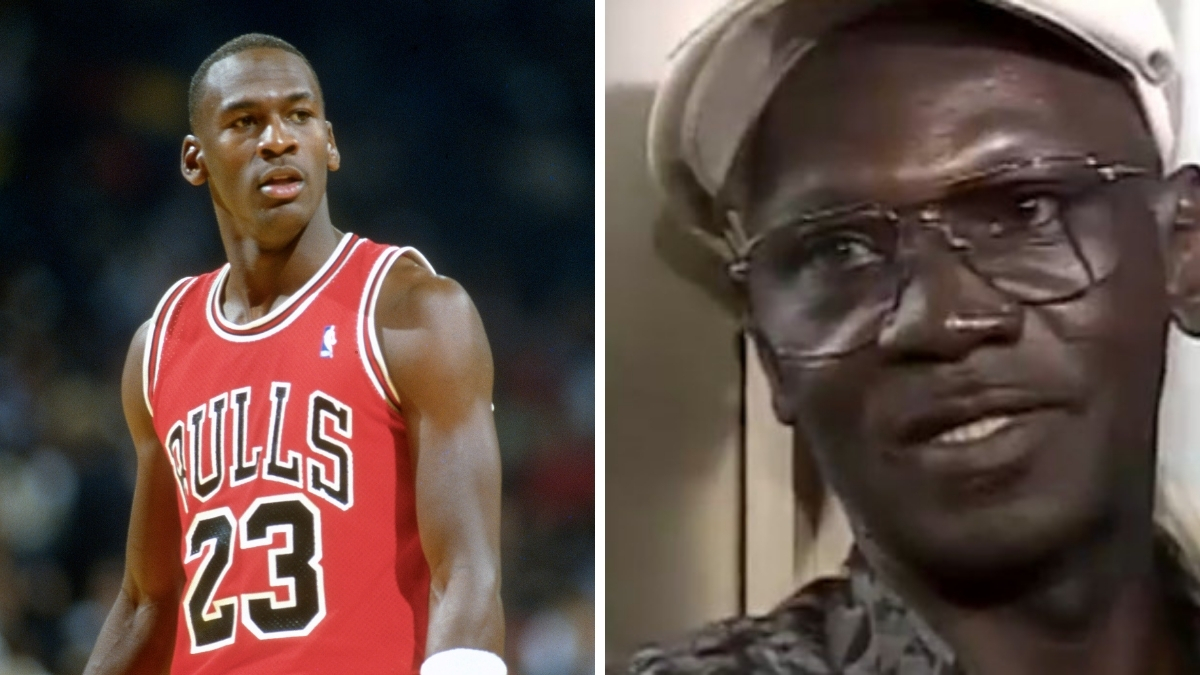 There are few bonds that are as significant as the father-son relationship. From absenteeism to being fully present, a father’s role in a son’s life can influence a man’s journey long into adulthood. For Michael Jordan, his ‘Pops,’ James Jordan, was the grounding force when MJ’s life skyrocketed into superstardom. Michael would even refer to James as his best friend. From Michael’s formative years all the way to earning championships rings, ‘Pops’ was right by MJ’s side.

Family tragedies are felt in immediate communities and sometimes beyond, especially when a member of that family happens to be a celebrity. But then again, Michael Jordan is not just any celebrity. MJ represents being at the ‘top of your game’ no matter what your game is. Michael Jordan may be up on a pedestal in the minds of many, but in reality, he is a human being just like everyone else. And, as is common in the human experience, Michael experiences loss too. Except, not everyone loses a close family member with the world watching, waiting on answers.

The 1993 murder of James Jordan, Michael Jordan’s father, captured the attention of millions worldwide. Not only is James Jordan the paternal figure to arguably one of the greatest superstars of all time, but the details surrounding James’ death are shocking. On August 3, 1993, James’ body was found in a swamp in South Carolina, while his red Lexus had been found vandalized and stripped in North Carolina. The new docuseries Moment of Truth details the case shedding light and raising questions on nearly everything.

From the deep racial divides that exist in Robeson County, North Carolina, to the allegations of police corruption, systemic racism and the shortcomings of the justice system, Moment of Truth explores context and detail. Whether you walk away from the docuseries with doubt cast in your mind or not, the hair-raising account of James Jordan’s murder leaves an imprint on the viewer.

Moment of Truth explores many different aspects of the murder of James Jordan. The docuseries highlights though how two best friends, Larry Demery and Daniel Green, came to be arrested for the murder of Michel Jordan’s father. Despite being best friends, Larry turned on Daniel, while Daniel maintained fierce loyalty to Larry at first. In the end, even with an alibi, Green was viewed as guilty in the eyes of the law. Demery was granted parole and is scheduled to be released in August 2023. Green however is eligible for parole in October of this year.

The explosive docuseries unearths many questions, decades later. One of the greatest questions is regarding the validity of Larry Demery’s account of what happened, which raises into question Green’s innocence.

After his father’s death, Michael infamously retired from basketball to try his hand at professional baseball. Baseball was after all his father’s game and a sport they both loved together. James had always wanted to see Michael play baseball in the pro’s and now, Mike was honouring his father. However, the game MJ had always known and loved called back to him.

On Father’s Day 1996, the Chicago Bulls won their 4th championship with Michael at the helm. After the win, Michael said, “this was probably the hardest time for me to play the game of basketball.” Understandably, Mike admitted that, “I had a lot of things in my heart and on my mind … and maybe my mind was not geared to [the game].”

MJ continued saying, “I think deep down inside, it was geared to what was most important to me, which was my family and my father not being here to see this. I’m just glad my team pulled me through this because it was a tough time for me.” Even though Michael took home the NBA Finals Most Valuable Player Award, it was missing his number one fan in the stands that day that stood out to him the most.

In the 2020 docuseries The Last Dance Michael speaks of his father calling him his “rock.” Jordan then recalls a pivotal memory saying:

He constantly gave me advice. I remember in ninth grade I got suspended three times in one year, and my father pulled me aside that summer and said: ‘Look, you don’t look like you’re heading in the right direction. You know, if you want to go about doing all this mischievous stuff, you can forget sports.’

According to MJ, “That’s all I needed to hear. From that point on, it was like tunnel vision and I never got in trouble from that point on.” The message and the messenger would appear to be in line to make an impression on a young Michael.

Michael Jordan’s relationship to James Jordan was the type of dynamic sons and fathers dream of having together. When Michael abruptly quit playing basketball the first time around the age of 30, he said at the press conference, “I’m a very optimistic person and I guess the most positive thing I can take from my father not being here with me today is that he saw my last basketball game.” Mike added, “and that means a lot.”

Even though MJ went on to play both professional baseball and basketball (again) after making that statement, it goes to show his state of mind at the time. Having his father watch his games was important to Jordan even throughout adulthood. Michael Jordan superfans, teammates and anyone with an interest in MJ’s career knew how devoted James and Michael were to one another. The loss of James Jordan was not only felt by the immediate Jordan family, but by members of society with seemingly no relation to James except a love for his superstar son.

Michael wanted to mourn privately–but he still honoured his father

Michael founded the James R. Jordan Boys & Girls Club and Family Life Center in James’ honor. MJ has also declined to use his celebrity as a platform to comment on his father’s death and has chosen to mourn privately. Grief such as losing a close loved one to tragedy is the type of grief that can take a lifetime to process.

Moment of Truth may raise more questions in the murder of James Jordan than provide answers, but one thing it does do is bring this case to the forefront of people’s minds. Whether or not Larry Demery was telling the truth about Daniel Green’s involvement and about how things took place represents the shortcomings of a criminal justice investigation. The bottom line however is that Michael Jordan’s ‘Pops’ is gone and he left at a pivotal moment in MJ’s life.

When the story of Michael Jordan is told, very often this chapter is left out. However, Michael’s father’s influence was just as significant with him deceased as it was when he was alive. Certain bonds cannot be broken by death, making some relationships eternal. On that Father’s Day of 1996 when The Chicago Bulls won that championship, MJ played with his father in mind and in his heart. Michael acknowledged that although James may not have been physically there, he was there in spirit.

Michael Jordan is the greatest of all time when it comes to basketball. Although mystery surrounds his father’s tragic death, it is not the questions that stand out but the colossal effect James had on Michael’s life. That father-son bond that kept one of the world’s greatest superstars grounded is what is of the greatest importance.

You can still thrive after loss

It does not matter what age you are, you will always need your parents. While yes, as you get older you tend to rely on yourself more and your parents less, the roles simply change as you become more independent. In Michael Jordan’s case, he had to part with his father through abrupt tragedy, but that doesn’t mean that the bond no longer exists, it just enters a new phase. From the physical to the spiritual realm, James Jordan is still MJ’s father, and that relationship doesn’t end even if a life does. James Jordan lives on through his family, his legacy and the words he spoke while he was alive.

This chapter in Michael Jordan’s story does not change any of his accomplishments, but it does put some of his career moves into greater perspective. By understanding Michael’s loss, we gain greater insight into his early retirement, baseball hiatus, and then subsequent return to basketball. However, recognizing MJ’s pain at the height of his career gives those of us who are not in Michael Jordan’s immediate circle a look into his thought process. Upon looking a little closer, one realizes that while Michael Jordan has reached the levels of iconography few reach, he is most notably, still human. With all of the career milestones, MJ is still a person just like everyone else.

Sometimes life takes a detour outside of your lane to get you back into it but make sure to trust the process. Bereavement can throw you off course, but so long as you are honoring your authentic self, keep going.

Gary Vaynerchuk’s Life Advice Will Change Your Future | Gary Vaynerchuk Motivation (Gary Vee)
How I Stopped Worrying About Running Out of Time to Achieve My Goals
I Have 2 Questions For You (Motivational Video) Fearless Motivation
Beyond Dry January: 5 Benefits of Extending Your Break from Alcohol
It Takes One Person To Make You Feel Like You Matter | Kyle Scheele Inspirational Speech | Goalcast