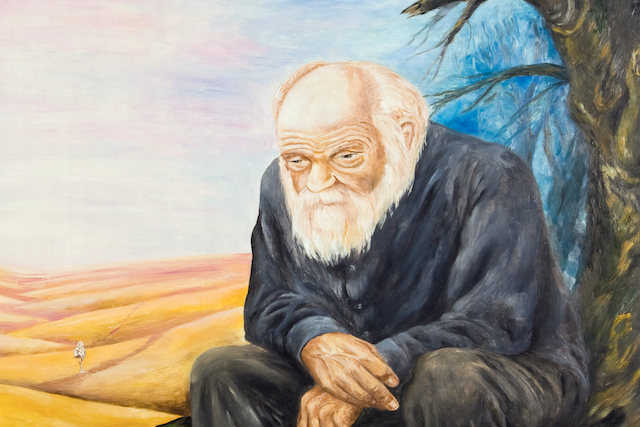 “If one by one we counted people out for the least sin, it wouldn’t take us long to get so we had no one left to live with. For to be social is to be forgiving.” ~Robert Frost

There are two things that may come to mind when you think about forgiveness.

The many spiritual healers and gurus that talk about its importance, including but not limited to Buddha quotes.

And the person you think you will never forgive.

Forgiveness has a largely religious or spiritual connotation.

In Buddhist teachings, grudges are likened to holding onto hot coal, in that it only ends up burning you. In Hinduism, the Vedas associate holding grudges with carrying a bag of negative memories and feelings, leading to anger and unresolved emotions that affect the present and the future. In Christianity, mercy is only shown to those who practice forgiveness when others have sinned against them.

What’s least likely to come to mind, ironically, is the condition of your actual brain when faced with the conundrum of forgiving.

Only recently has the scientific community begun studying the effects of forgiveness from a neurological standpoint.

A plethora of studies have found links between the daily practice of forgiveness and improved psychological and physical health.

Apart from lowering blood pressure, heart rate, and overall stress, the act of forgiveness has also been scientifically proven to improve sleep and reduce fatigue.

Rarely has a subject garnered nods of agreement from both the scientific and religious community together. The results of these studies, along with several others, dovetail perfectly into what many spiritual leaders and religious teachings have concluded about forgiveness.

Psychologist Charlotte Witvliet conducted one such study, asking her patients to recall an old grudge.

She found that when they did so, it not only affected them mentally, but the bitterness manifested physically as well. Their blood pressure and heart rate increased, leading to increase in anxiety. Ruminating about over a past betrayal was stressful, uncomfortable, and anxiety-inducing.

The only way out, says says Dr. Frederic Luskin, cofounder of the Stanford Forgiveness Project, is through forgiveness.

Your brain has a happiness gauge called the nucleus accumbens. Throughout your life, your happiness meter might bounce back and forth on a scale of one to ten—ten being most happy.

As you go about your daily routine (breakfast, work, social activities), the nucleus accumbens sends messages to the amygdala—the pleasure center of the brain—to stimulate it when something pleasant happens (e.g.: a good meal) or negatively stimulate it when something unpleasant happens (from minor infractions and small disagreements to larger fights and nasty altercations).

As humans, we have two options in how we choose to respond to negative interactions and experiences.

We can either ruminate in our misery over the boss that fired us or the roommate that betrayed our trust or choose to let it go.

It’s natural for us to ruminate. It’s what comes most easily to us. What we don’t realize is that when we choose to ruminate, the mere name or any hint of the offence can cause a reaction in our nervous system. The amygdala gets activated in 27th of a second, releasing cortisol, the stress hormone. The same reaction that you would have if you were being chased by a wild animal.

Those hormones stay in your system for a few hours, until they are metabolized out. Frequent activation of these pain sensors reduces serotonin levels and can even cause depression.

On the other hand, letting go of the emotion, or forgiving, deflates the power of the situation and releases dopamine in the brain.

For a while, I was one of the few who couldn’t experience a positive impact from practicing forgiveness.

Despite my best efforts, I wasn’t able to let go of a deep betrayal by a close friend and roommate who had caused traumatic events in my life through derogatory rumors, lies, and homophobic comments.

When faced with the past, I practiced what Dr. Luskin describes as “decisional forgiveness.” I consciously forgave my offender without releasing the emotion attached the event.

For years, I told myself that I had let go of those memories, but I never let go of the sting attached to them. This led to a temporary reduction in hostility. It was only much later that I realized I was living my present life through the lens of the past, filling in reality with incidents from my betrayal.

If left unchecked, those frequent recollections of our betrayal/past pain can cause the incident to form a part of our identity.

Instead, what Dr Luskin suggests is to “emotionally forgive.” This would require one to release the bitterness, shedding their perception of the offence and leaving it in the past.

In most cases, it is only emotional forgiveness that creates long lasting change in one’s personal life and mental health.

Emotional forgiveness, for many, is laborious, mainly due to the unrelenting desire to hold the offender accountable for what they’ve done. We’re hardwired to seek vengeance, or justice, misunderstanding it to be the only thing to bring us peace.

Forgiving garners the narrative that the person “got away with the crime.”

The real crime, however, is the fact that the resentment lives on in you, for months or years, festering in your psyche. The proverbial poison that you drink and expect your offender to die.

This happens when we openly recognize the hurt that we’re feeling. Reflect instead of reacting. Learn from the experience instead of writing it off through blame. It sometimes takes months to simply bring one’s attention to the ‘grief elephant’ in the room.

An integral part of emotional forgiveness, as hard as it might be, is to cultivate empathy or compassion for the offender. I am reminded, most often, of the phrase, “hurt people, hurt people” It’s almost circular in nature, it denotes a balance. It brings me comfort to know we’re all in this eternal cycle of passing down our personal pains to another.

The only way to break that cycle is something that our ego strongly resists. Empathy. Putting yourself in the perpetrator’s shoes, asking why they could have done what they did can help. This doesn’t justify their actions; instead ,it satisfies the mind’s need to understand. As Neale Donald Walsh writes, “In the mind of the master, understanding replaces forgiveness.”

When you understand, you realize everyone, despite their best efforts, is a slave to their conditioned past.

When you understand, you realize a person’s actions are hardly their own and they reacted the best way their ego knew how.

When you understand, you realize the number of times you might have reacted the best way your ego knows how.

The final act requires you to release the attachment from your story, keeping the memory and the lessons of the incident without the negative emotion that comes with the memory.

This can be hard because memories are always better conjured up when you remember how they felt.

In letting the negative emotion go, you might be able to see the incident from an outside perspective; a picture without the fogginess of emotion provides more clarity. You might find that viewing a memory without the bitter emotions attached to it leads you to insight and wisdom.

Letting go enables one to bow to the past without being bound to it. Next time you’re faced with forgiveness, you don’t think of the person that hurt you; instead, you think about yourself.

When neuroanatomist Jill Bolte Taylor had a stroke at thirty-seven, she was tasked with rewiring her entire brain from scratch, including re-learning how to read and write. Despite this, she felt happier after the stroke because she says, “I couldn’t remember who I was supposed to be mad at.”

Aashna is a twenty-four-year-old writer from India. Focused on writing articles on global politics, she is now venturing into writing about spirituality and philosophy. Aashna graduated with a business management degree and hopes to write a book on personal growth/ healing and self-help. Additionally, she enjoys scuba diving and mindfulness meditations.

‘It was my heart’: Women with heart disease face barriers to care in Canada, report says
How I Stopped Feeling Embarrassed and Ashamed of Being Single
These Letters from a Single Mother Will Make You Believe in Love Again | Philicia Baugh | Goalcast
How a social media group dubbed Mom Jeans is helping people fight inflation
Why I Didn’t Trust Myself to Make Decisions (and What If It’s All Okay?)