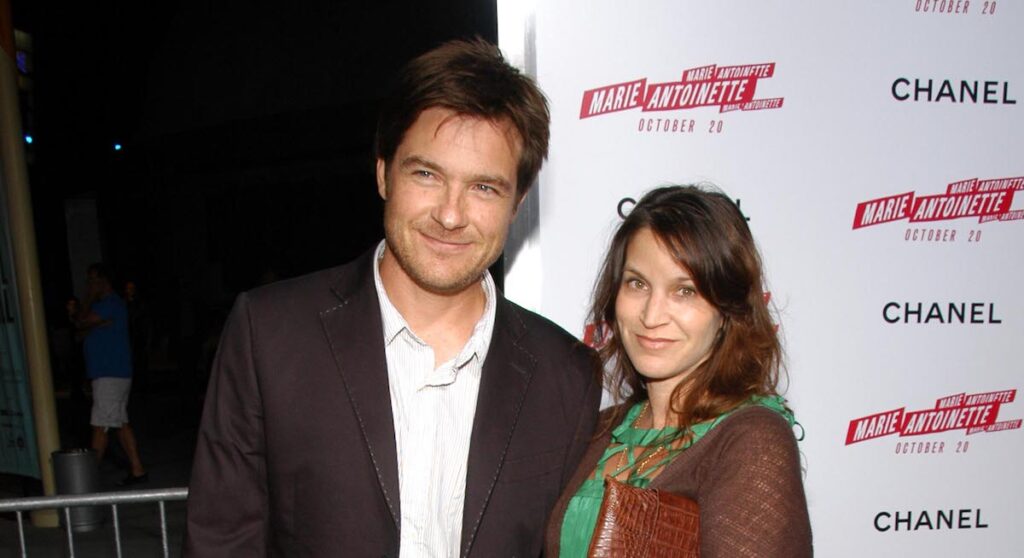 Jason Bateman first met actress Amanda Anka, daughter of legendary singer Paul Anka, when they were both 18. As Anka told GQ, their initial encounter happened at a L.A. Kings game and while they would eventually marry, they didn’t date for the first 10 years because, as she candidly told the mag, “I just wasn’t into where he was at.”

Bateman was a rising child star at the time with a recurring role on Valerie and a devotion to partying. His priorities didn’t lend themselves to a real relationship and, as he told Details in 2009 (via Us Weekly), his life “was like Risky Business for 10 years” all through the ‘90s. “My parents were out of town, they left me a bunch of money, the car, and the house, and I didn’t know when they were coming home,” he recalled.

I’d worked so hard that by the time I was 20, I wanted to play hard. And I did that really well.

In addition to his wild antics and a growing dependency on drugs and alcohol, Bateman was also making bad choices in his personal life, picking partners for all the wrong reasons. “I think my gender is known to pick women that make us feel good, and who are kind of subordinate to us, and I was guilty of that for a long time,” he admitted to the Independent in 2011, adding:

I didn’t really have the balls to be with someone who was my equal and, as a result, a lot of those relationships were short-term.

That all changed years later when the actor realized he was ready for a meaningful connection. By then, he and Anka had built a strong friendship and they began dating, then tied the knot in 2001. But Bateman still needed to do some growing and self-discovery — and it almost cost him his marriage.

Here’s what we can learn from Jason Bateman and Amanda Anka’s relationship:

When Jason Bateman reached a point in his life when he felt ready for a long-term relationship, he had one major criteria: friendship. “I looked around at the relationships that were the longest in my life, and they were the ones I had with my friends. I thought, if I only wanted to get married once, I should probably marry a friend,” he told The Daily Telegraph in 2014. “I wanted to marry somebody who wasn’t someone I had to be in any particular mood to want to be around,” he continued, explaining, “With close friends, you can be with them no matter what mood you’re in.” That was the case with Anka, whom he called “a very close friend,” and “that’s why it feels so effortless. It gets better every single year,” he gushed.

But despite Bateman’s push to move his life into a new, more fulfilling direction, he didn’t completely shed his old habits and continued partying after he and Anka said “I do.” Things got so bad, according to Details, that Anka presented her husband with an ultimatum, then planned a solo trip, giving them both time to reflect. It was during that time apart that, “on a rainy Christmas morning,” Bateman decided to fight for his marriage and opted to attend his first AA meeting. As he recalled, the prospect of losing his wife forced him to take an honest look at himself and ask, “Do you want to continue being great at being in your twenties, or do you want to step up and graduate into adulthood?” He chose the latter.

Following the realization that he needed to change his priorities or he’d lose his marriage, Jason Bateman chose to grow up and, in doing so, chose the direction of his future. As he told Redbook in 2013, he doesn’t miss his partying years because “being a father of two is everything I wanted. I’m a big fan of marriage and being a dad,” he enthused.

The Arrested Development star is now a proud girl dad — Francesca Nora was born in 2006 and sister Maple Sylvie was born in 2012 — and he shared the importance of growing and evolving with The Daily Telegraph, saying, “There are certain things you do at certain ages in life which are appropriate for the times and right now it’s appropriate for me to be a father and a husband and a guy with a career. Those are the three things I’m focused on,” he proclaimed.

What’s more, building a strong home life helped reboot and recalibrate his work life. After getting married, Bateman experienced one of “the best acting comebacks in Hollywood” and he thanks his partner for that. As he told the Independentin 2011, Anka is “like a friend who you never tire of” and “since then I haven’t been picking jobs that are frivolous and celebrity-making; they are jobs that are career-making.”

My wife is definitely responsible for a lot of that.

It’s been nearly two decades since Jason Bateman and Amanda Anka tied the knot and in addition to finding love, the actor has seen his career take off again and has put his addiction well behind him. It’s all thanks to Anka’s friendship and her unwavering support of his career.

When the actor got up on stage at the 2019 SAG awards to accept his Best Actor win for Ozark, he made sure to thank the “three most important people” in his life. “I would like to say specifically though to my wife, my two daughters […] without you, none of it would be enjoyable and it probably wouldn’t be possible,” he gushed. “I love you more than I even tell you I do.”

He then continued singing their praises backstage, telling reporters, “My wife keeps me really grounded by doing nothing other than just being her. She’s got a full-time career herself, and she’s able to be an incredible mom, and she’s also almost a full-time dad too because I’m out of town so much,” he admitted, saying:

I’m floored by that. That keeps me grounded. That reminds me that I’ve got a real strong example to kind of live up to what she’s showing. That keeps me from taking any of this for granted or just doing it half-assed.

Bateman shared a similar sentiment with Redbook, telling the mag that Anka “spoils me. She makes the husband part simple by doing a lot of the heavy lifting when I’m super-busy with work.”

Change is normal, but it’s not always easy

Jason Bateman and Amanda Anka haven’t always had an easy relationship, but as the actor told Redbook in 2013, “Our marriage has defied the odds and works really well.” While part of the couple’s success stems from the friendship at the foundation of their union, another integral part has been their willingness to fight for their relationship.

As time passes, it’s natural to grow and evolve and Bateman is proof that there’s nothing wrong with shifting priorities when you feel the time is right. But he’s always proof that change isn’t always easy. While the actor made a conscious decision to trade partying for family life, the transition was by no means effortless. It’s only thanks to the work that both he and Anka put in that they were able to bring their union back on track to celebrate 20 years of marriage in 2021!

7 Ways Childhood Trauma Shows Up in Your Romantic Relationships
Detroit Couple Turn Vacant Lots to Bee Farms – Including the Childhood Home of One Legendary Rap Superstar
The Choice We All Have , But Only a Few Apply It | Joe Dispenza
Parents issue warning after teen dies from inhaling aerosol deodorant
How to be the Smartest in the Room | Ibram Kendi | Goalcast